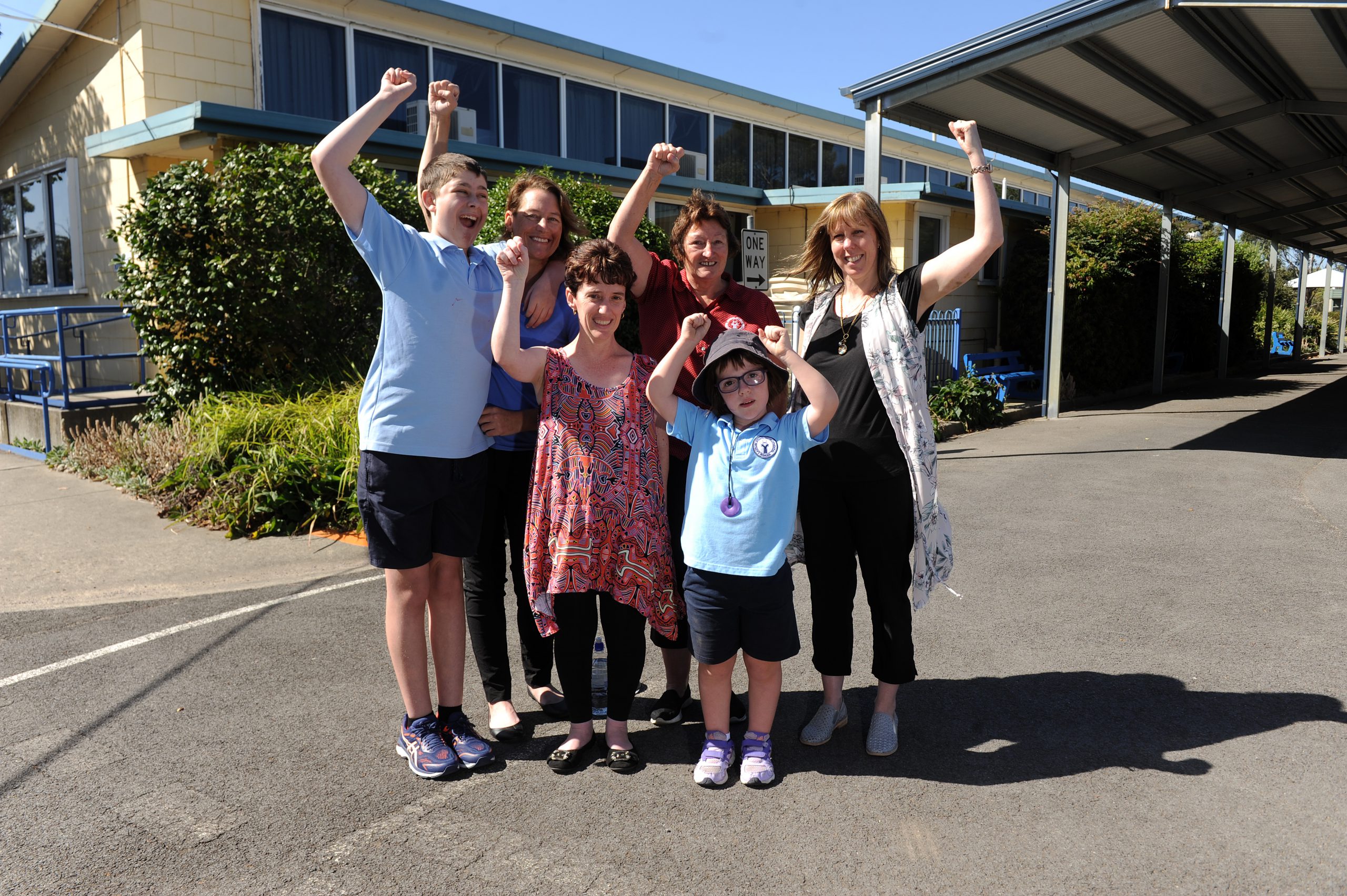 Parents and staff at Latrobe Special Developmental School were “over the moon” with Tuesday’s announcement that the Hickox Street facility will not be merged with Traralgon College.

Member for Eastern Victoria Harriet Shing made the announcement following community consultations held at both facilities by the Victorian School Building Authority and an online survey back in October.

Ms Shing said she was delighted with decision which would “put to rest” concerns of a possible co-location with the Grey Street school.

“It’s been really important to put to rest a lot of concerns and fear that parents had been feeling because of a damaging campaign of misinformation that federal candidates in the November election made that caused enormous fear and uncertainty which were based on nothing more than the desire to [see] headlines,” she told The Express.

Ms Shing said an architect who had been chosen last year to develop a plan for Latrobe SDS would hold fortnightly meetings with the education department and the school community to develop the best school facility for children with additional needs.

She said the $6 million budget allocation for both schools was just an initial funding for planning, consultations and early construction stage and that she would continue to advocate for both schools to have further funding.

School councillor and mum Leesa Lawrence said it had been a “stressful fight” for the school community to campaign for a new standalone facility.

Mrs Lawrence said parents had been lobbying for a new school to replace the 60-year-old facility the last five years and felt they were not listened to until last year’s consultations.

In 2018 she launched a signature campaign to support a standalone school, arguing that it would be in the best interests of children at the special developmental school to remain independent from Traralgon College.

“This is a step in the right direction. It means we have been listened to,” she said.

Mrs Lawrence thanked Ms Shing, Morwell MP Russell Northe and member for Eastern Victoria Melina Bath for advocating for the school, however, she said it was unfortunate the issue had been dragged into the political arena.

“It’s not about the politicians it’s about … our kids used to be shut away and kept at home or an institution. Now they go to school we need to celebrate that,” she said.