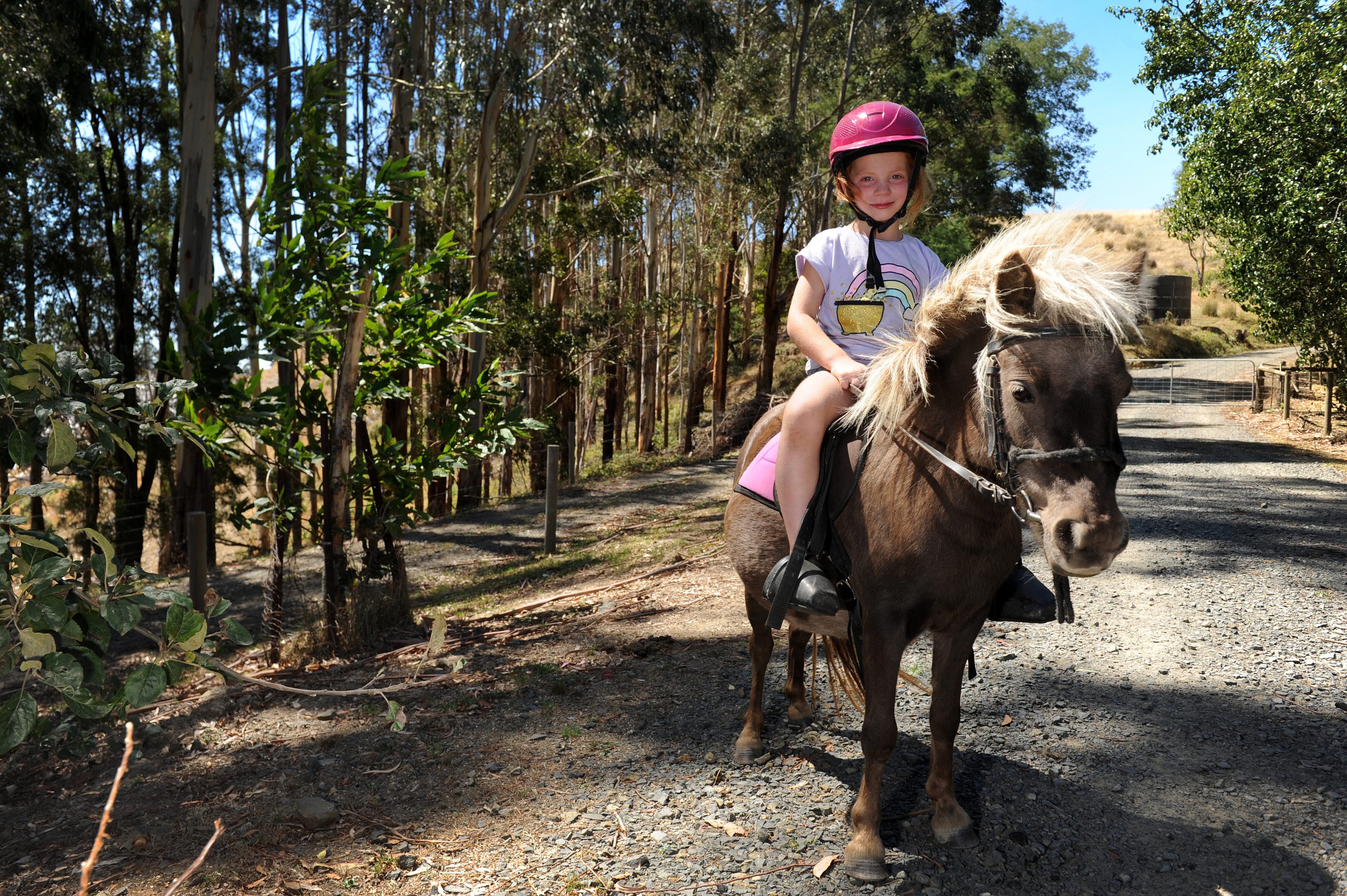 A five-YEAR-OLD pony clubber who was saddened to hear about the tragic toll of the drought on farming families has organised a charity ride along the Boolarra rail trail.

Lillith Gration wanted to do something for rural mental health when she overheard her mum talk about the rising toll of farmer suicides caused by the drought ravaging Australia’s east.

Her parents Kat and Brenton Gration run a hay transport business out of Mirboo and have seen the effects of skyrocketing fodder prices, failed crops and dying livestock.

The business has been working closely with several drought charities including Aussie Helpers and Gippsland Farmer Relief by donating fodder and supplies to battling farmers across Australia.

“Lillith overhears a lot of our conversations and I’ve been talking about rural suicides. We had to explain it to her in a nice way,” Ms Gration said.

“We had to say that the farmers are sad because their cows are dying and they have no money to feed them, agriculture is hard now because there is no money.”

Ms Gration said at first, her daughter offered to donate her pet cow, but then came up with the idea of putting her passion to a good cause by raising money by holding a trail ride.

Lillith began riding as a two-year-old and got her own miniature pony Rainbow Dash at three, and now the pair are now pulling in ribbons together at pony club.

“It was sensitive for me to discuss suicide with a five-year-old but she was already aware of the drought as it is an issue we discuss daily. I think she understood it a lot more than other children,” Ms Gration said.

“We are hoping that a child putting so much effort into this will inspire others to help.”

The trail ride will kick-off at a walk only pace from the Mirboo North Pony Club grounds along the rail trail to Boolarra, where there will be a sausage sizzle, and tie up points and water for the steeds.

The ride will be split into two groups, experienced riders will head out first at about 9am, followed by beginners and kids on ponies.

Lillith’s Charity Trail Ride will be on Sunday, March 31.

Ride entry is $25 on the day and all money will go to Aussie Helpers and Gippsland farmer Relief.