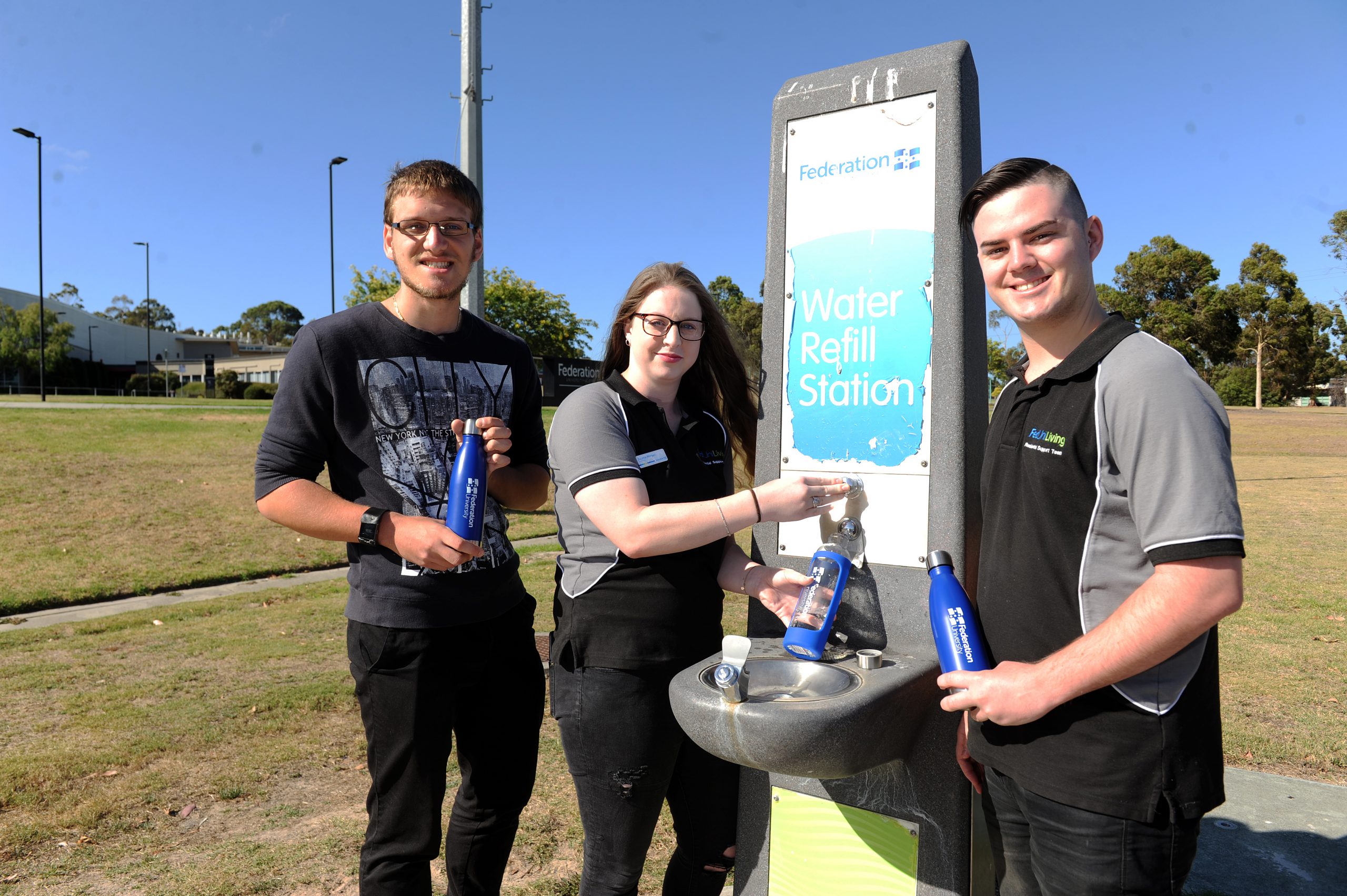 Federation University students and staff will be able to save money while helping to save the planet now that the university has banned the sales of single use plastic water bottles.

The ban applies to FedUni and TAFE campuses across the state, to help stop about 18,000 plastic water bottles from ending up in landfill, waterways or the environment every year.

Under the ban, bottled water will no longer be sold in vending machines, food outlets or shops on campus, instead, students and staff were handed free reuseable water bottles.

He said there were already several drinking water stations on campus, with more to be installed in the future.

Morwell FedUni student and residential mentor Jacinta Morgan said most students were on the ball when it came to the issue of single use plastic.

“I think there are already a lot of residents concerned about the environment,” Ms Morgan said.

“I’ve noticed in classes that almost everyone has a bottle and they reuse their bottles, and now every resident has a free bottle, I’ve seen them everywhere.”

said it was exciting that the university was taking real action on sustainability.

“Having the water bottle refill stations on campus is a fantastic idea. It makes it easier for students to do the right thing for the environment without causing any financial stress,” he said.

Campus life director Colin Marshall said it was up to universities to practice what they preached around sustainability.

“On one hand we have researchers doing world leading environmental research but on the other, we’re selling plastic water bottles that pollute our waterways,” Mr Marshall said.

“We have some of the best tap water in the world so there’s simply no need to buy bottled water and as a university, we need to be part of the war on waste and help change people’s behaviour.”