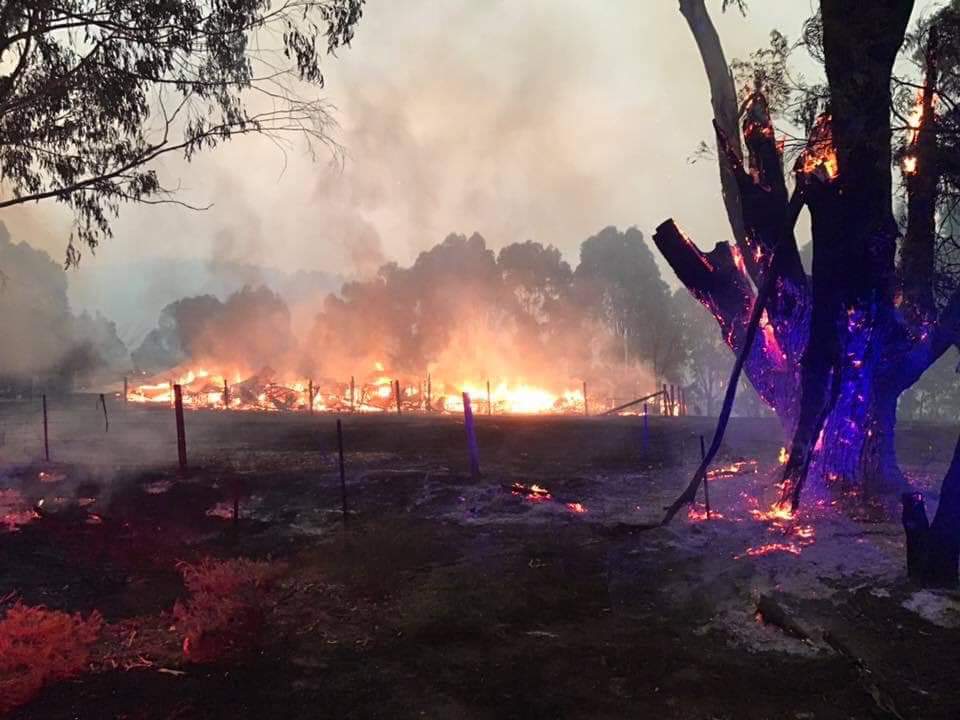 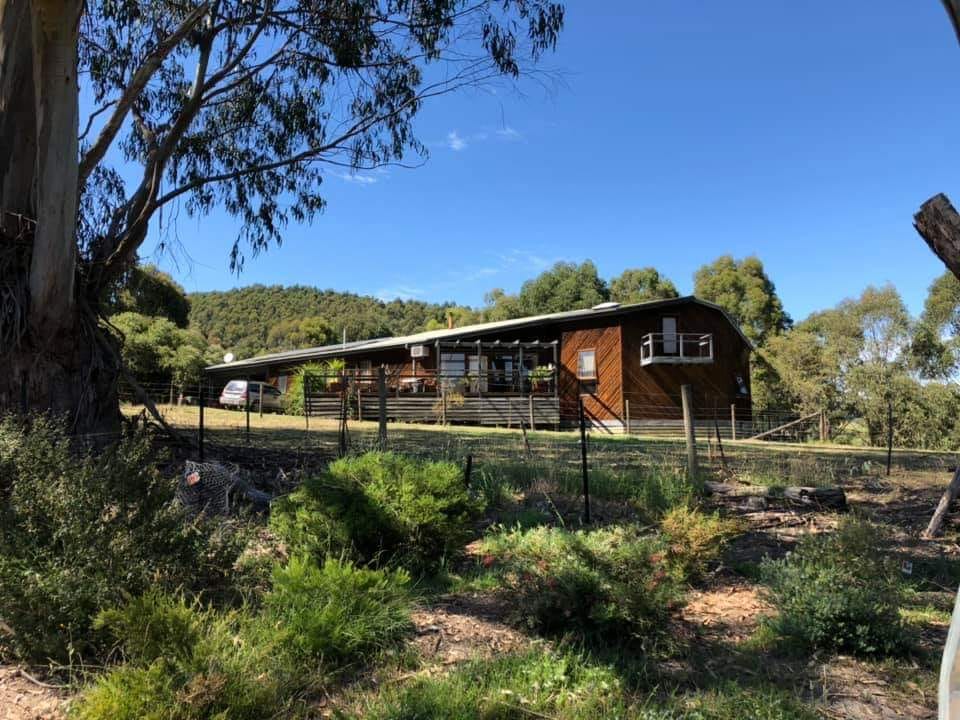 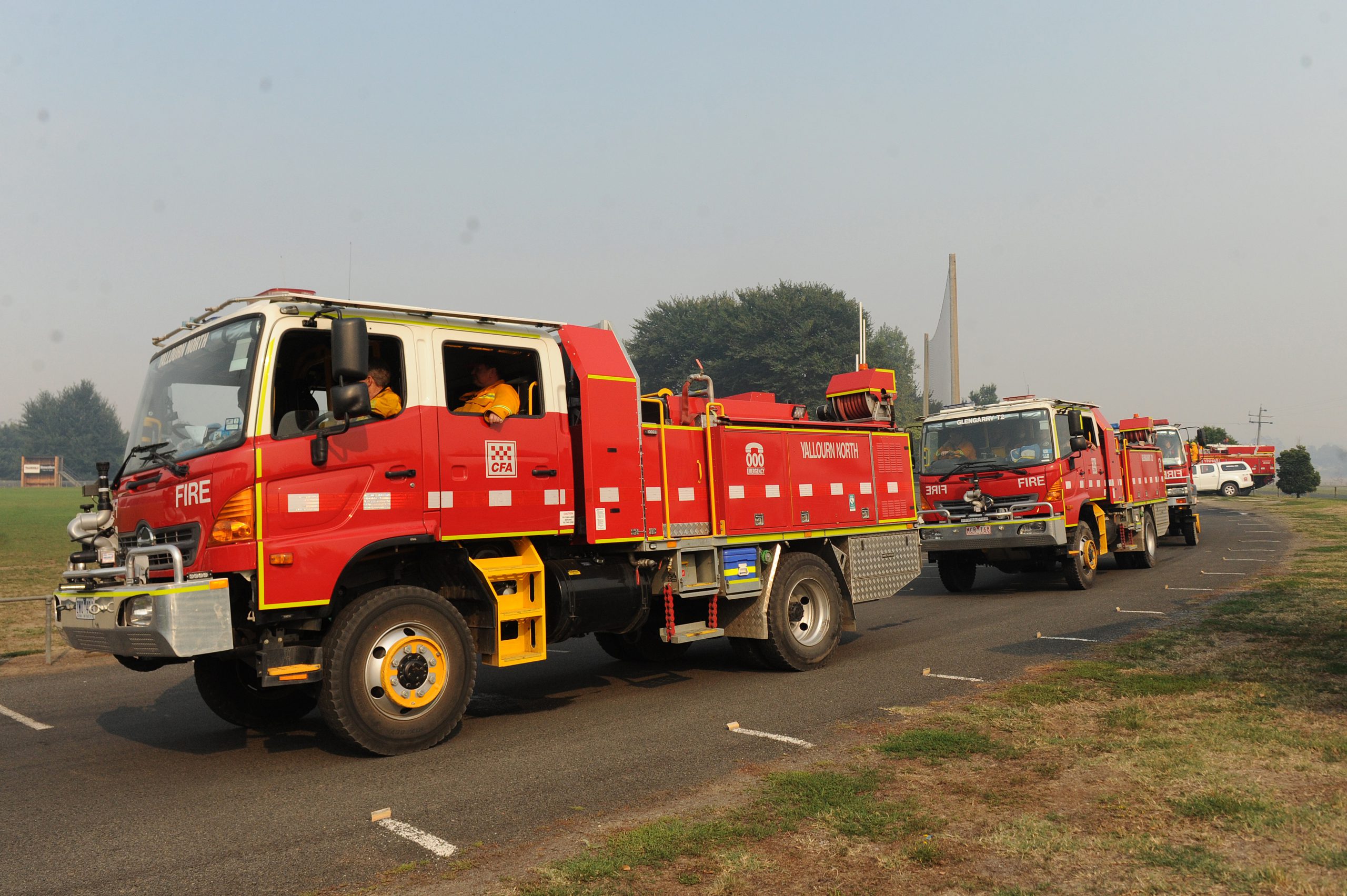 Five minutes before Elke Frank walked out the door of her Healey’s Road property on Saturday morning, she received a watch and act notice about the Yinnar South-Budgeree blaze which was burning close to her home.

Her partner of 27 years, Steve Koczwara, decided to monitor the blaze at the property while Ms Frank, a member of the local band The Magentas, set off for a 10.30am sound check at the Boolarra Folk Festival.

Little did she know it would be the last time she would see her home of 30 years.

Later that afternoon, the home set on two hectares at Yinnar South was destroyed by fire.

“We don’t have much. I got our big emergency bag from under the bed with home videos of the kids when they were babies, family photo albums, and I chucked in some external hard drives with some photos and work documentation in there.

“I wasn’t prepared for a fire on Saturday at all. We knew it was going to be warm … but I guess it’s always in the back of our minds and that’s why we had the bag ready.”

Ms Frank monitored the fire’s activity through the Vic Emergency app while she was at the folk festival, keeping in “constant” contact with Steve who was at the property.

“At about 1pm there was an emergency warning and I just rang Steve and told him he needed to get out of there,” Ms Frank said.

“I was not planning to go back to the house because there was an emergency warning. [Steve] said it wasn’t that close, and he took his time to get out of there but he packed a few things in the car and left.”

Later that afternoon, Ms Frank’s son was told by a family friend their home had been destroyed by fire which was followed by a call from police on Sunday confirming the “devastating” news.

The family are yet to return to their home to assess the damage and have been staying with family in Melbourne.

“We’re lucky that we survived but we’re devastated about the house. There’s a lot of things we’ll never be able to replace but the most important thing is to have everyone survive,” she said.

Ms Frank, a dual citizen who migrated to Australia in 1982 and built the five-bedroom western redcedar home with her former husband in 1986/87, described the feeling of loss as “surreal” and “a bad dream which just doesn’t stop”.

“At the moment we’re going to stay at a friend’s place for a week and then we’re looking at renting a furnished cottage for a couple of weeks,” she said.

“Maybe we’ll look at a house to rent for a couple of weeks but then we’ll have to find furniture.

“I’m pretty levelled right now but sometimes it hits me … I haven’t slept much at all since Saturday.”

Ms Frank said she was humbled by the community support she had received since the fire and thanked those who had reached out to her and her family in a time of need.