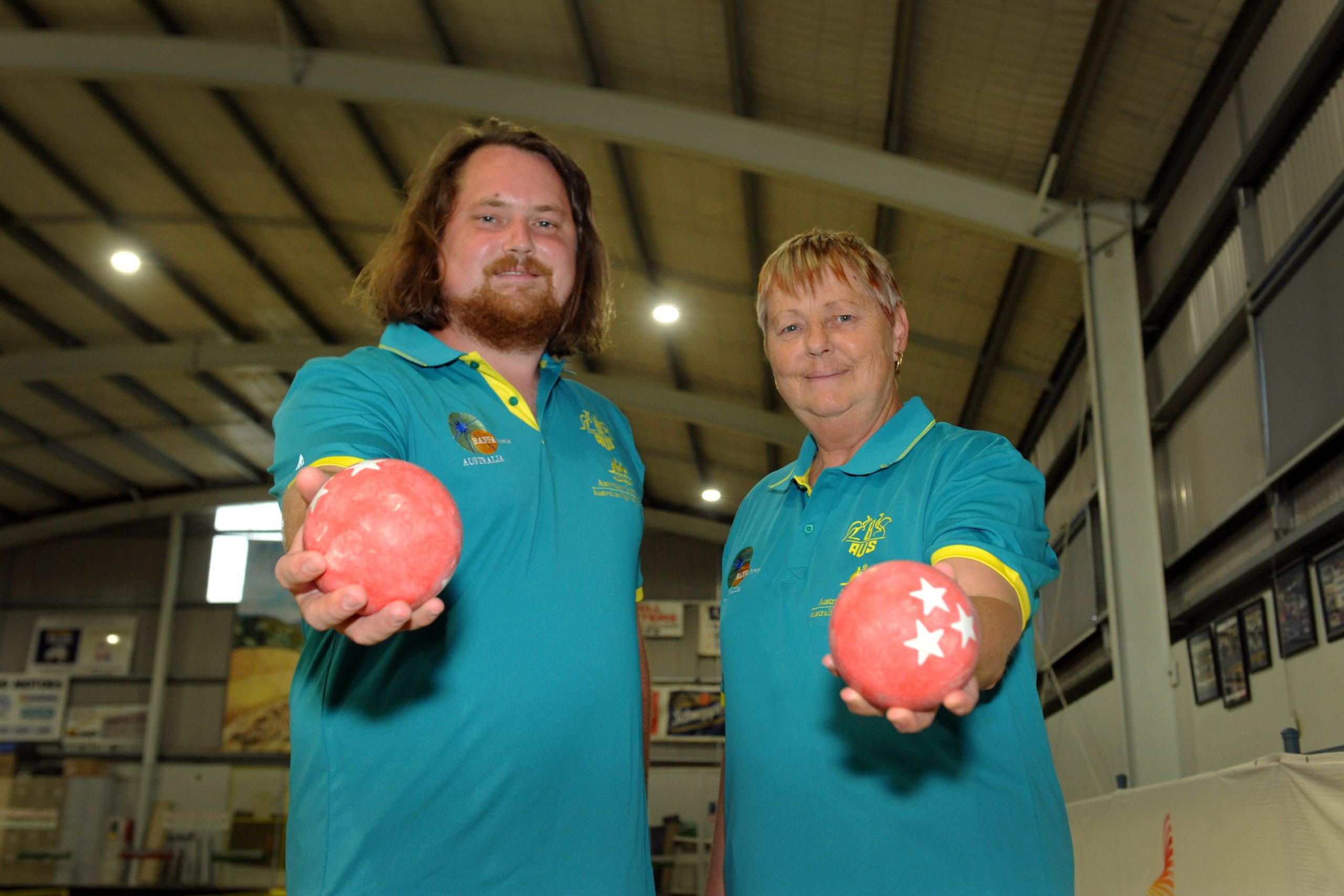 In a world-first for Bocce Australia, a mother-son duo are gearing up to don the green and gold for the World Raffa Championships.

Morwell’s own Diane and Nick Penney jetted to Argentina yesterday to take on the world’s best in the mixed doubles in San Miguel de Tucumèn.

Both are accomplished singles players but this week’s championships will mark the first time they have paired up on the world stage.

“We’ve played some mixed local stuff together, but not overseas,” Nick said.

Their dynamic “makes for the perfect doubles pair[ing]”, according to coach Frank Fava who will support the team in Argentina.

“We get on pretty well. Nick’s right-handed and I’m left-handed, so that’s a good combination for doubles,” Diane said.

“We don’t butt heads so we’re good that way. I think I might be a bit more vocal, but not always in the best way,” Nick said.

Nick first took up the sport as an 11-year-old and Diane soon followed suit.

“I just used to bring him down to training and the ladies would say ‘why don’t you play?’ so one day I just gave in,” she said.

Ten years on and they are preparing to take on power nations Italy, Argentina, Turkey Brazil and Switzerland.

“This is really the top level of competition. They are the best countries in the world,” coach Fava said.

“We come here a couple of times a week to train but people in Europe, they play every day for four or five hours every day, they’re on the courts.”

However, the duo isn’t daunted by the prospect of coming up against some fully fledged professionals of the sport.

“We held our own last time playing in Rome playing singles … so anybody can be beaten on a given day, especially with this game,” Diane said.

“They’re expected to beat us and they’re probably expected to cream us. If they don’t there’s no pressure on us as such.

“So we can just go out there and have fun and do what we do.”

Nick, who has travelled internationally for bocce on seven occasions already, is an old-hand when it comes to taking on the big guns and has come to relish the underdog status.

“Going over there, a lot of teams don’t know what to expect from Australia so we’re probably one of the teams that’s a bit of an unknown,” he said.

“All the rest are localised in Europe, apart from maybe Canada and the United States.”