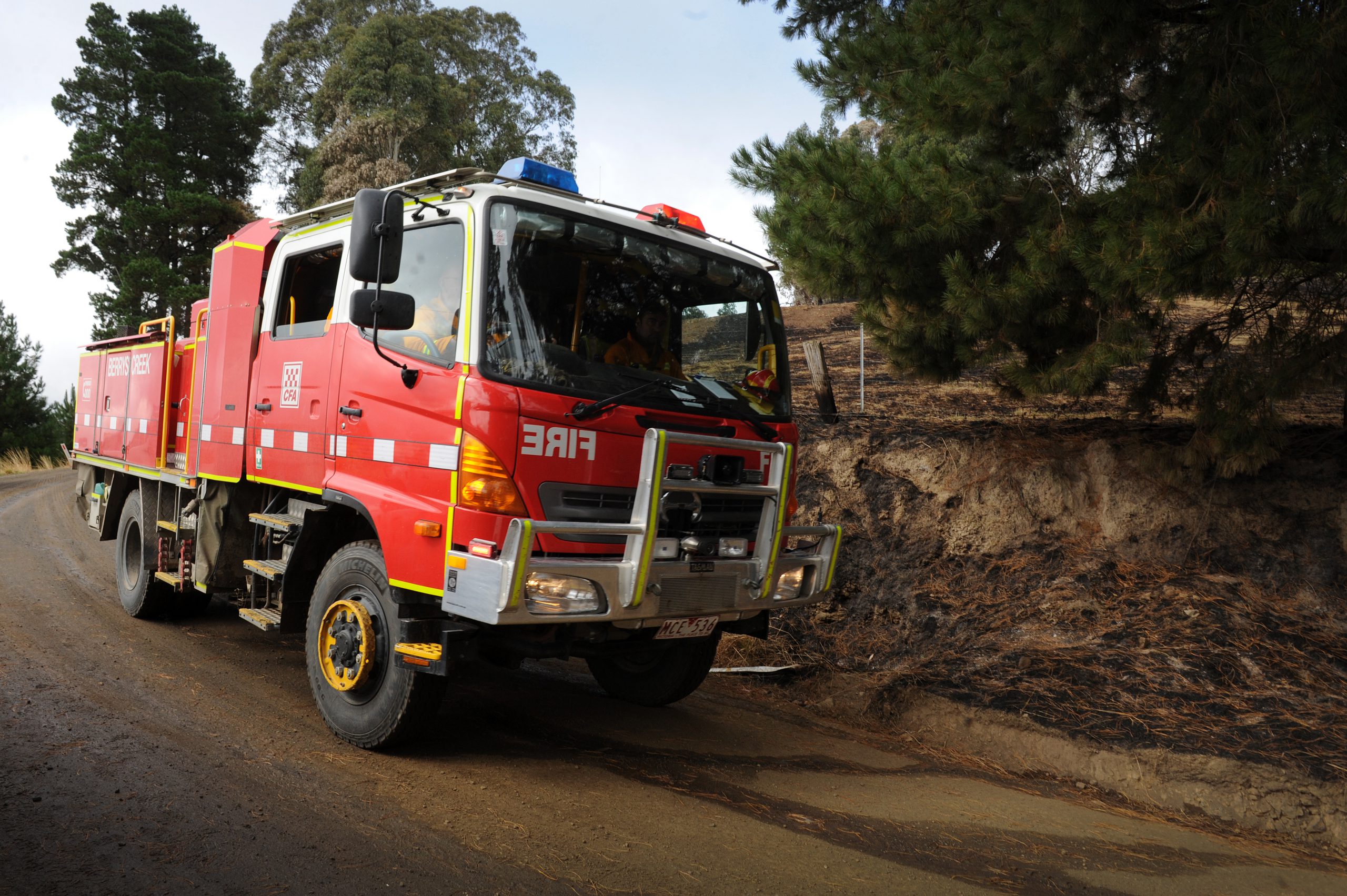 The Latrobe Valley has been praised for its generosity and support of fire-affected families in the Yinnar South-Budgeree blaze following donations worth “tens of thousands of dollars” to the relief centre at Kernot Hall in Morwell this week.

Latrobe City mayor Graeme Middlemiss said he was “proud and overwhelmed” by the community’s response to the fire which had burnt about 2000 hectares at the time of print and destroyed two homes at Yinnar South on Saturday.

Police and fire investigators will examine the fire ground this week as the cause of the fire, which has burnt about 20 per cent of the Morwell National Park, is yet to be confirmed.

“But we’re a strong community, a community which sticks together and like the last two fires we’ll get through this one together as well.”

Police are yet to confirm whether the blaze, which has burnt about 100 hectares of the Morwell National Park, is suspicious or not.

However, Victoria Police Eastern Region Division 5 Superintendent Mick West said police would likely make a preliminary determination on the cause of the blaze in the next week.

“We have a team of investigators working with CFA investigators as well and they’re gathering things of interest that will help in determining the cause of the fire,” Superintendent West said on Wednesday afternoon.

“Due to the heat and the danger still on the fire ground, investigators have been unable to get into where the fire is believed to have begun. At this stage there’s been no determination as to whether the fire was suspicious or not suspicious.”

Forest Fire Management incident controller Peter West said the fire had not moved significantly in the past 24 hours and had been quiet over Tuesday night.

Five millimetres of rain on Tuesday night and showers throughout the day on Wednesday were “good and bad” for crews as it gave them “some breathing space” but also posed problems for crews accessing hard-to-reach areas with slippery terrain.

Weather over the next few days is not expected to have much impact on the fires, however, predictions of warmer weather over the weekend may change the outlook, as authorities encourage people to remain vigilant.

Crews on the ground are focusing on controlling the fire in the Morwell National Park, and have been joined by about 25 firefighters and 10 trucks from New South Wales. Yinnar and District Community Association treasurer John Harris, whose Jeeralang Junction home was a few hundred metres away from the fire said the community had “stuck together”.

Ms Harris and his wife Marilyn are part of a fireguard group made up of 17 households aimed at keeping the local, tight-knit community informed in the event of a bushfire.

The group met at the start of the bushfire season and has been supported by the CFA, encouraging people to learn about the behaviour of fires, how to prepare for them and even how to set up telephone trees to communicate with one another in an emergency.

His group is one of three fireguard groups in the Jeeralangs which consists of more than 50 homes.

“I run a digital scanner so I could hear what was happening with the CFA so as soon as the call went out on Saturday morning that there was a bushfire in Yinnar South, we knew it was on,” Mr Harris said.

“We communicated that to all of the people in group, about 17 households via SMS, from then on right throughout the weekend until Tuesday we’ve been communicating as to the progress of the fire.

“Some people have chosen to leave, others have chosen to stay. My wife and I chose to stay. We’ve communicated as a group as to what was happening and therefore everyone has felt fully informed and able to make the decisions they needed to make.”

He praised the support of firefighting crews who had been visiting the area regularly and providing “much appreciated” in-person information.