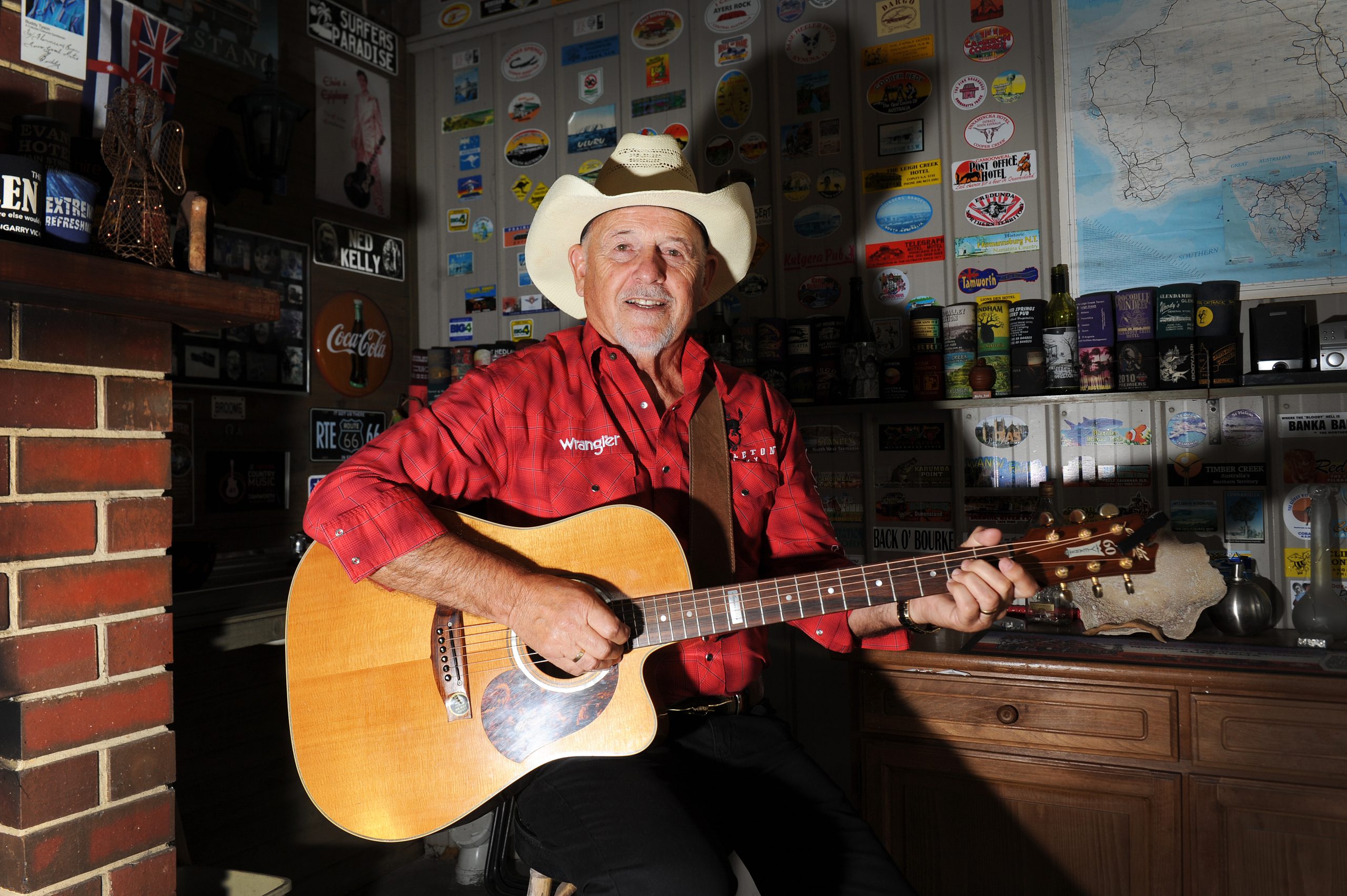 As a child, Newborough balladeer and country music singer Evan Platschinda could barely say ‘g’day mate’, but more than six decades later he is regularly recognised for his performing and songwriting.

The 73-year-old has performed at the Tamworth Country Music Festival for the last 17 years and has regular spots on the annual country music calendar around Australia.

The retired real estate agent was introduced to country music at a young age, recalling when his family migrated to Australia from Ukraine, only a few years after he was born in Austria.

“We always had music in the house- mum – she was a beautiful singer but she didn’t speak English very well,” Mr Platschinda , with his guitar in hand, said.

After moving to Australia, he and his two brothers and three sisters, spent their first months at a migrant camp in Bonegilla.

From there, the family was sponsored by a farmer at Devon North, near Yarram, where the family grew tussocks and milked cows to earn their keep.

“I couldn’t speak English when I came to Australia. We moved to Moe in 1953 after three years in Devon North and people often say ‘I wouldn’t have picked you for not being able to talk once upon a time’,” Mr Platschinda said.

Inspired by the likes of Don Williams, Johnny Cash and Willie Nelson, Mr Platschinda said he developed his love for country music growing up with a lot of Slim Dusty and Jim Reeves being played in the family home.

“Unfortunately a lot of these good, old country music singers have died … so I’m thinking about giving it away before it’s too late,” he chuckled.

He has also played the last 10 years at the Bungendore Country Music Muster and has performed at Western Australia’s biggest country music festival at Boyup Brook, and often does shows at Nundle during Tamworth.

“You’ve really got to like people, you know, because it shows,” Mr Platschinda said.

“If it’s feeling like a chore, it looks like it is and I often ask people in the crowd ‘are you enjoying this show’, and they reply ‘yeah’ and I say ‘look, I’m having a ball up here’ so we’re both having fun.

“Sometimes we’ll have a big sing-a-long, and depending on the audience I might do some old ones like Goodnight Irene and when you sing that song there’s not one mouth that’s not moving in the audience, especially the older age group.”

With the younger fans, The Gambler and You Are My Sunshine are often big hits with the crowd, however, Mr Platschinda said he was more proud of his five albums released in recent times featuring seven songs by the balladeer himself.

“Country music is terrific because we’re dealing with people who are all feeling the same and we’re all helping each other,” he said.

Mr Platschinda will perform with multi-award winning artist Dale Duncan in Mr Duncan’s first Gippsland gig at the Morwell Club on Helen Street on Sunday, March 24 from 1pm to 4.30pm.