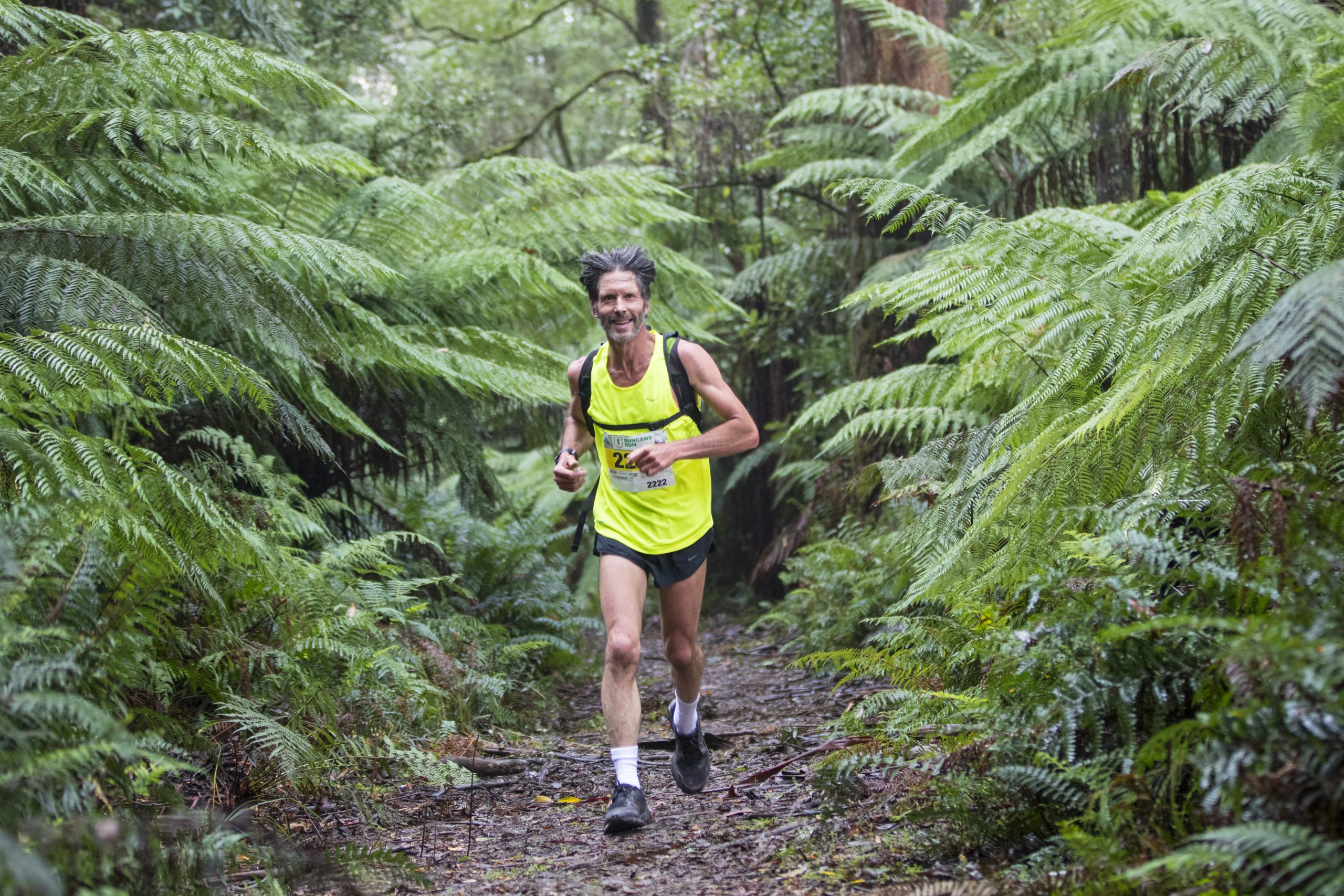 Perfect weather greeted starters at Duncan’s Run on Saturday as ultra-running enthusiasts prepared to take off from the Balook Visitor Centre.

Almost 500 competitors braved one of four events through scenic stretches of the Tarra-Bulga National Park and some up to the peak at Mount Tassie.

The starting gun for the feature 100-kilometre event sounded at 5.45am in pitch dark, navigating “deathly slippery” terrain along the way.

“We had a little bit of rain in the morning, a light sprinkle, which is actually quite good for the racers,” race director Travis McInnes said.

“But it’s very up and down as well. Under foot, some of the track is quite difficult to negotiate. Some is well-formed but as you get further out from the visitor centre you get into forestry tracks where some are well made, some not.

“Drysdale Road, where there’s a big climb, a lot [of runners] commented it was very slippery and there was mud piling up on their shoes and becoming heavy.”

McInnes, a lifelong friend of race namesake the late Duncan Orr, said the gruelling conditions were a fitting nod to his mate who was a fitness and adventuring fanatic.

“We did lots of amazing adventures together and he was a very good ultra-runner and inspired me to get into running and was my unofficial coach,” he said.

“Being part of this race is a really positive experience because we get to create this amazing event. When I think about Duncan, it brings me joy and it makes me happy the experience we had together.

“I see people on the track and speak to them at the finish and they’re broken, mentally and physically, but it’s that kind of challenge and reward that he would have really enjoyed and encouraged.”

Dozens of Orr’s friends and family members flock to Gippsland from across the country each year to help with the running of the event which continues to draw elite athletes from far and wide.

“A strong feature is the fact we pull together … after Duncan was killed it was his wife Anna’s idea to create the race and she informally tabled it with us and we said ‘let’s do it’,” McInnes said.

“Anna was the race director for the first two years and put in most of the hard yards to make it happen, with family and friends, and that still is the case today.

“The feedback we get about the course is that is very difficult. You have to work really hard for the distance compared to other races and Duncan would have loved that aspect of it.”

Eventual winner of the hallmark 100-kilometre event Zack Beasely encountered some difficulties of his own at the start of the race before crossing the line first in his maiden ultra-marathon thanks, in part, to some serious preparation.

“Our leader had a pretty big spill on a section of track with the large crushed rock, but he went as far as coming out with me and our photographer and did some track marking with us before the event,” McInnes said.

“Most of the trails are open to people. They can go and walk and run. There was one section that was private property but he was very thorough with his research and training.

“We try to talk to a lot of the competitors about their experience and for them it’s about trying to push for that next distance and the challenge a race like this offers.”