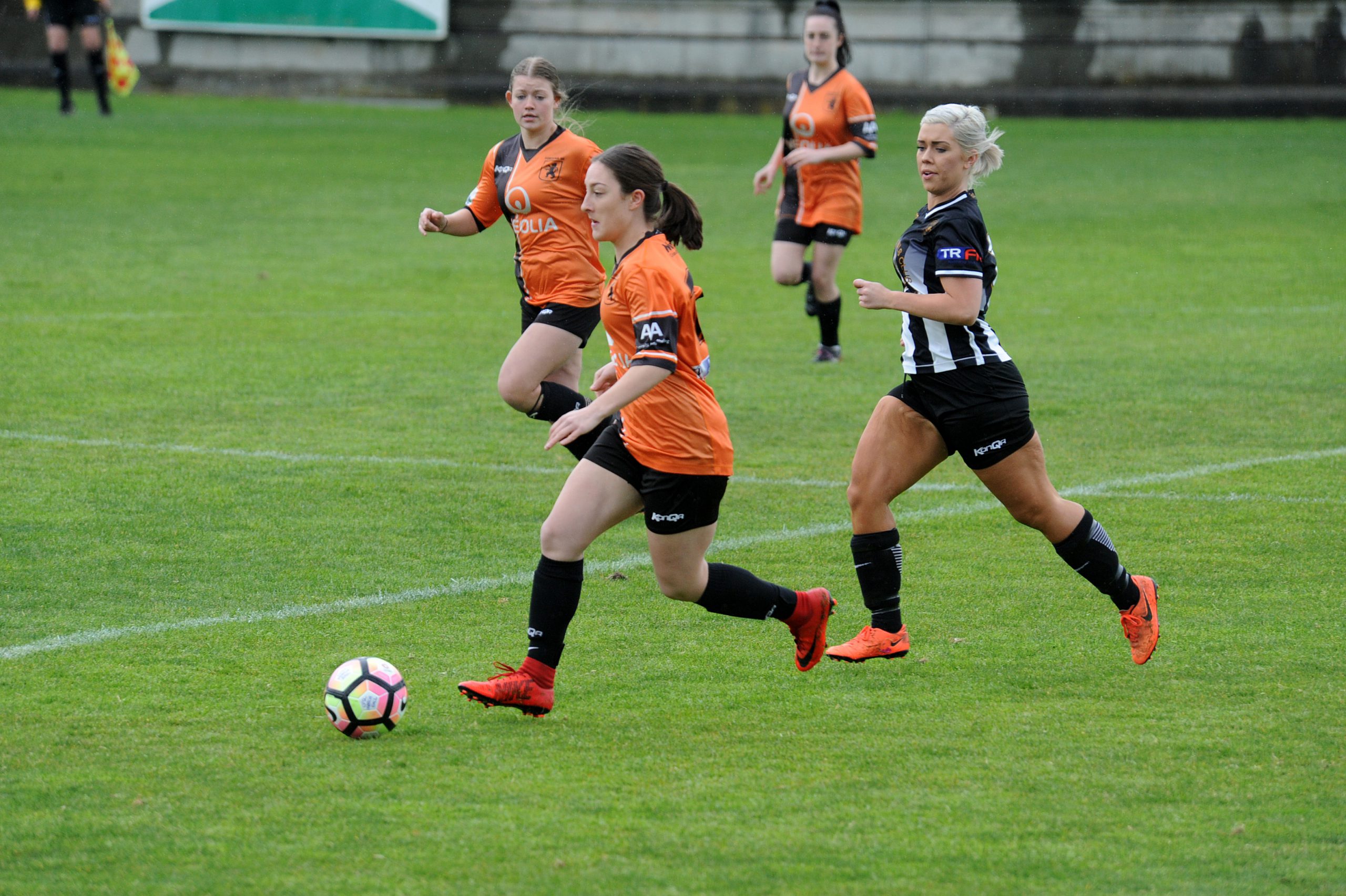 The big match of the round will be Fortuna against Traralgon City, two teams which dominated last season.

In the opening round, Fortuna were 5-1 winners over Falcons while Traralgon City trounced Trafalgar 12-0 with Brodie Kennedy on fire with seven goals.

Both sides raised the bar last season and worked hard under their respective coaches, and while it’s too early to predict a winner, it will certainly be a tight match.

A breakthrough win will come for either Falcons or Olympians who both went down in the first round.

Sale, with an impressive 10-0 win over Olympians in the first match, will be hot favourites against Churchill.

Newborough/Yallourn and Monash were both winners in the first round with United’s 7-0 win over Churchill and Georgia Vella’s four goals a highlight.

Moe and Trafalgar should bring out a winner as neither broke through the scoring barrier in the opening matches.

The first round of cup matches was played at the weekend and in the senior Battle of Britain Cup Churchill had one of their biggest wins over Olympians.

The Rams, with import Liam Johnson at the front scoring five goals, were too strong and ran out 8-0 victors.

Sam Di Ciero scored two goals and Jeremy Sanchez scored one to help with the rout.

In the other major match Trafalgar won their way into the next round with a 2-0 win over Sale.

Logan Winter and Aiden Wyatt were the scorers for Trafalgar.

Olympians notched a hard-fought win over Churchill, 2-1, and Trafalgar made it a double with a 1-0 win over Sale.

Moe’s 14-0 win over Churchill was the highest score in the Cup competition and also the biggest winning margin.

Maddison Brown was in superb form for the Reds with her personal best of seven goals.

Falcons advanced to the next round after Olympians forfeited their match.

The re-formed Tyers were too good for Churchill, winning 8-2, while Pegasus with the aid of two penalties and eight goals from Sam Jacobs beat Falcons 14-0.

Fortuna face Traralgon City at home and there are sure to be many highlights across the four matches with the women’s match being played between two high-profiles teams.

In the senior match, Fortuna will look to fight back after their first round loss to Falcons while Traralgon City enjoyed a successful opening against Trafalgar.

Both teams have recruited well this season with the younger brigade of Fortuna poised to step up and take on the new-look Traralgon City team who have gained notable strikers.

Kieran Coltman, after a lifetime with Fortuna, crossed to Traralgon City this season.

Goalkeeper Michael Bloss has returned as a first-string keeper for the Roosters and will be tested by the feisty Fortuna strikers in Hayden Cook and David O’Dowd.

Olympians and Falcons come into round two on the back of first round wins and should fight out a competitive match this weekend.

Falcons have recruited well for the new season with Zoran Winkelman, Ryan McCauley and Shannon Whadcoat all providing good back up for established players like Nanda Lazaris, Jamie Pistrin and Tommy D’Alia. Keeper Charles Simon will again be tested, this time by the Olympians strikers in James Sykes and Harry Crooker who scored a brace in the opening round.

Both teams scored three goals in the opening round but this time around goals may be harder to come by.

Churchill’s record over Sale has been impressive but the last two meetings have gone Sale’s way, 6-1, 1-0.

A new-look Churchill have recruited well under coach Bryce Ruthven and have already proven they will be challengers this season.

They performed exceptionally against Olympians in the Battle of Britain Cup at the weekend, scoring one of their biggest wins in a cup match.

Liam Johnson bagged five and will be a handful for the Sale defence.

The big derby match between rivals in Monash and Newborough/Yallourn headlines round two action.

Newborough/Yallourn were runners-up last season and beat Churchill in their last run out but will come under strong pressure from Monash.

Braden Paulett scored a brace for the Wolves in their last game and he will be one for the Newborough/Yallourn defence to watch.

Both teams have established keepers, Newborough/Yallourn with Damian Gilbert and Monash with Enda Murphy.

Moe and Trafaglar will face off in search of maiden wins for the 2019 season this weekend.

Trafalgar did, however, enjoy a 2-0 win over Sale in their cup match.

Moe have a good core of players in Ty Georgiou, Harley Robinson, Kyle Jennings and Noah Cane who can provide plenty of firepower up front.

Trafalgar have players who have impressed in seasons gone by including Cohan Bayles, Lachlan and Aiden Wyatt, Michael Judd and Monty Coots.