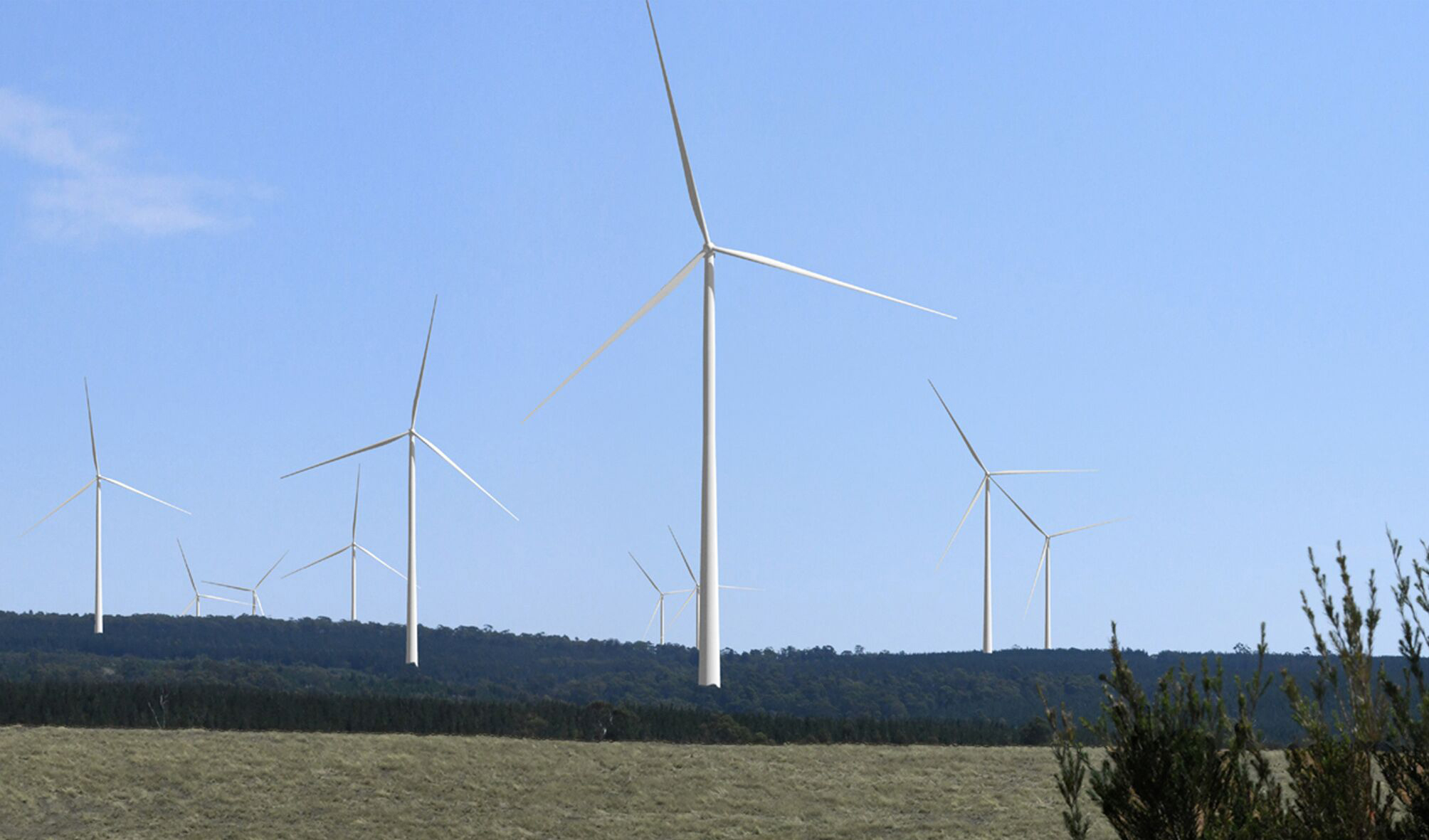 Community members have weighed in on a proposal to establish a 53-turbine wind farm on the outskirts of the Latrobe Valley, as many people called for more detail on the project.

OSMI Australia announced on Thursday plans to construct the Delburn Wind Farm which would generate 300 megawatts of power and cost between $400 and $500 million to build.

It comes as the federal government approved plans for Australia’s first major offshore wind farm, the Star of the South Energy Project, off the South Gippsland coast on Friday.

Yinnar and District Community Association treasurer John Harris said the visual appearance of the turbines would likely be one of his community’s main concerns.

“For people in the Yinnar community, from what I could see I don’t think we’re going to have much concern about the noise and vibrations of these turbines,” Mr Harris said.

“But I do think the visual aspect of this project is the thing the community should have the chance to get an accurate picture of and the chance to comment.”

Environmental group Friends of the Earth said the project was exciting and would likely attract jobs and investment to the region.

The group also said the wind farm would play a key role in helping Victoria meet its legislated emissions reduction target of zero by 2050.

However, Morwell businessman, Ray Burgess, who ran as an independent in the 2018 state election and campaigned for a new coal-fired power station to be built, was critical of the proposal.

“It’s a pretty picturesque countryside so it’s the first thing that will be affected if you put the wind farm out there,” Mr Burgess said.

“The other problem is these wind farms don’t deliver full time. If you had them producing when you wanted them to it would be fine.

“But the problem is they’re intermittent and they can’t guarantee when they’ll supply the grid so it won’t help the overall stability of the grid. We’ll still need some other kind of back up from fossil fuel such as gas or coal.”

OSMI Australia said it would offer an “extensive community consultation” and an opportunity for co-investment in the project, which if approved, would take about 18 months to build from 2022.

Latrobe Valley Sustainability Group secretary Dan Caffrey, who ran as a candidate for the Greens for Morwell in the last year’s state election, said he was ecstatic with proposal.

“I think it will play a vital role in the state’s transition to renewable energy. I think often at times there’s a lot of wind in the west of the state and then it peters out, but we get all the wind over here as the front progresses through,” Mr Caffrey said.

“The other thing is most of our high voltage power lines are in this area too. That infrastructure is already here and when you’re producing the megawatts of electricity to go into the grid, you don’t have to build new transmission lines.”

Voices of the Valley president Wendy Farmer welcomed the project and said it would be beneficial to the timber industry, given the turbines would be located on HVP Plantations, which would bring investment into the region.

“It’s quite different from a lot of other wind farms because [OSMI Australia] are inviting the community to be shareholders, including people who live around the wind farm, and to provide feedback on the project,” Ms Farmer said.

“It’s a good opportunity for the community to own the energy we produce and we’re really looking forward to the start of it.”

To complete the Delburn Wind Farm survey, which will run until the end of the year, visit surveymonkey.com/r/OSMI2019.