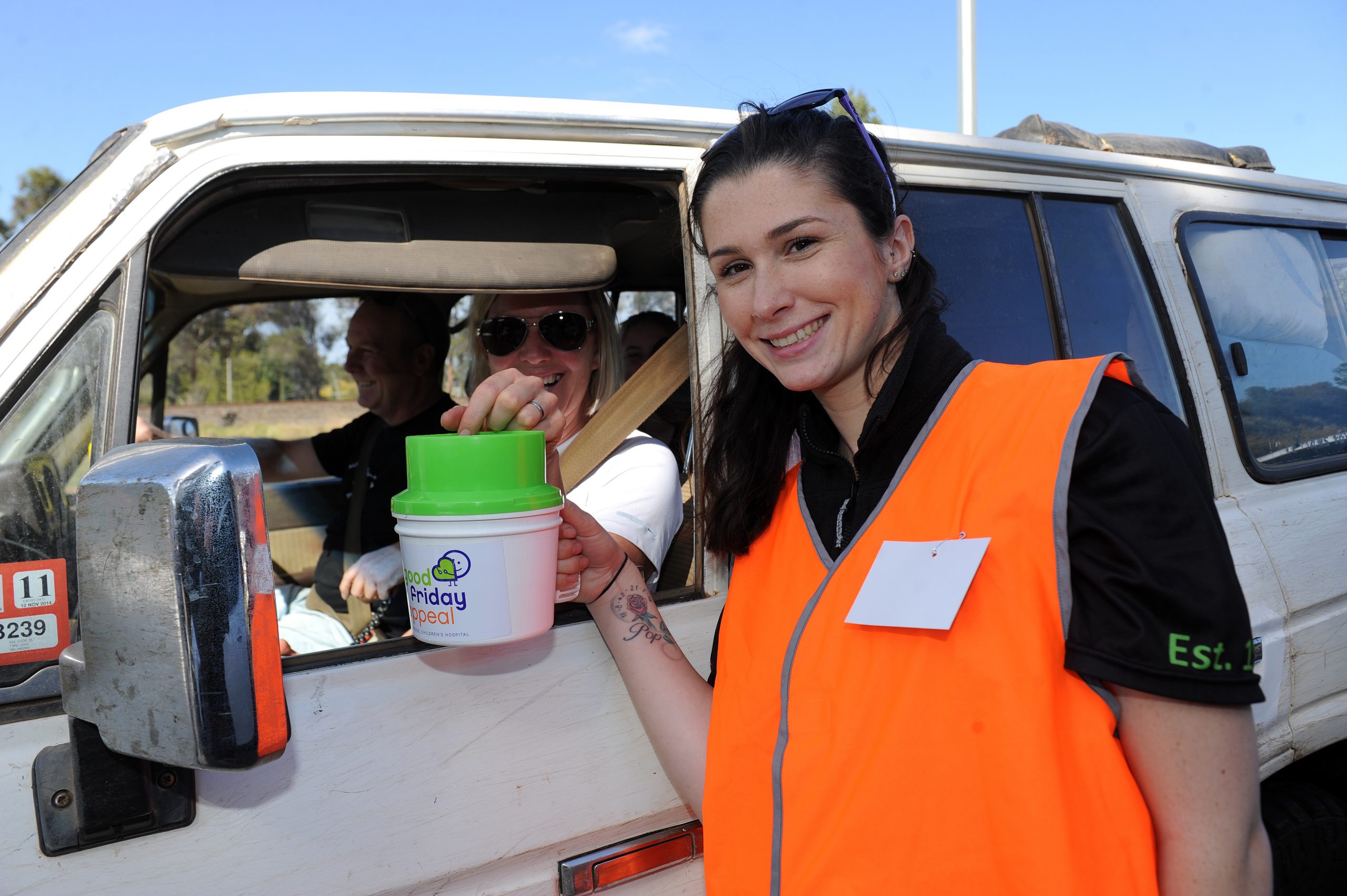 With everything from tin rattling at traffic lights to a pizza-eating competition, Latrobe Valley volunteers have again raised a hefty sum of money for the Good Friday appeal.

Money raised from the appeal is donated to the Royal Children’s Hospital.

The REH Cork Club raised more than $60,000 from fundraising over the past year, with about 30 volunteers raising $18,000 from two days of tin rattling at traffic lights on Thursday and Good Friday.

“I think the good thing is we get involvement from other groups,” he said.

“We had the Latrobe Valley Street Machiners, they contributed about $11,000, the Our Kinda Country Club had a country western event at Flanagans [Irish Bar] that raised about $4700, Goodfella’s Pizza had a pizza-eating competition, they raised about $1300.”

Mr Arnold said he was a little worried earlier in the year the club would not be able to match the $57,000 it raised last year for the appeal, but to his “great surprise” volunteers were able to beat last year’s figure, which he attributed to the help of other community groups.

She thanked the Moe Rotary Club, the Moe, Newborough and Westbury CFAs, the Moe Racing Club, Danielle Sherman, who she said did a number of her own fundraisers and gave the money to the final Moe/Newborough fundraising total, and the volunteers who helped door-knock and tin rattle at traffic lights in the towns.

“We always like more volunteers, but we do what we can do and we were pretty pleased with our efforts this year,” Ms Bechaz said.

“We had about 50 volunteers in total … some of them are young mums with their children and the kids have a ball.

” My three daughters do it with their children, and they rope their friends in and I rope my friends in … people are really quite generous.”