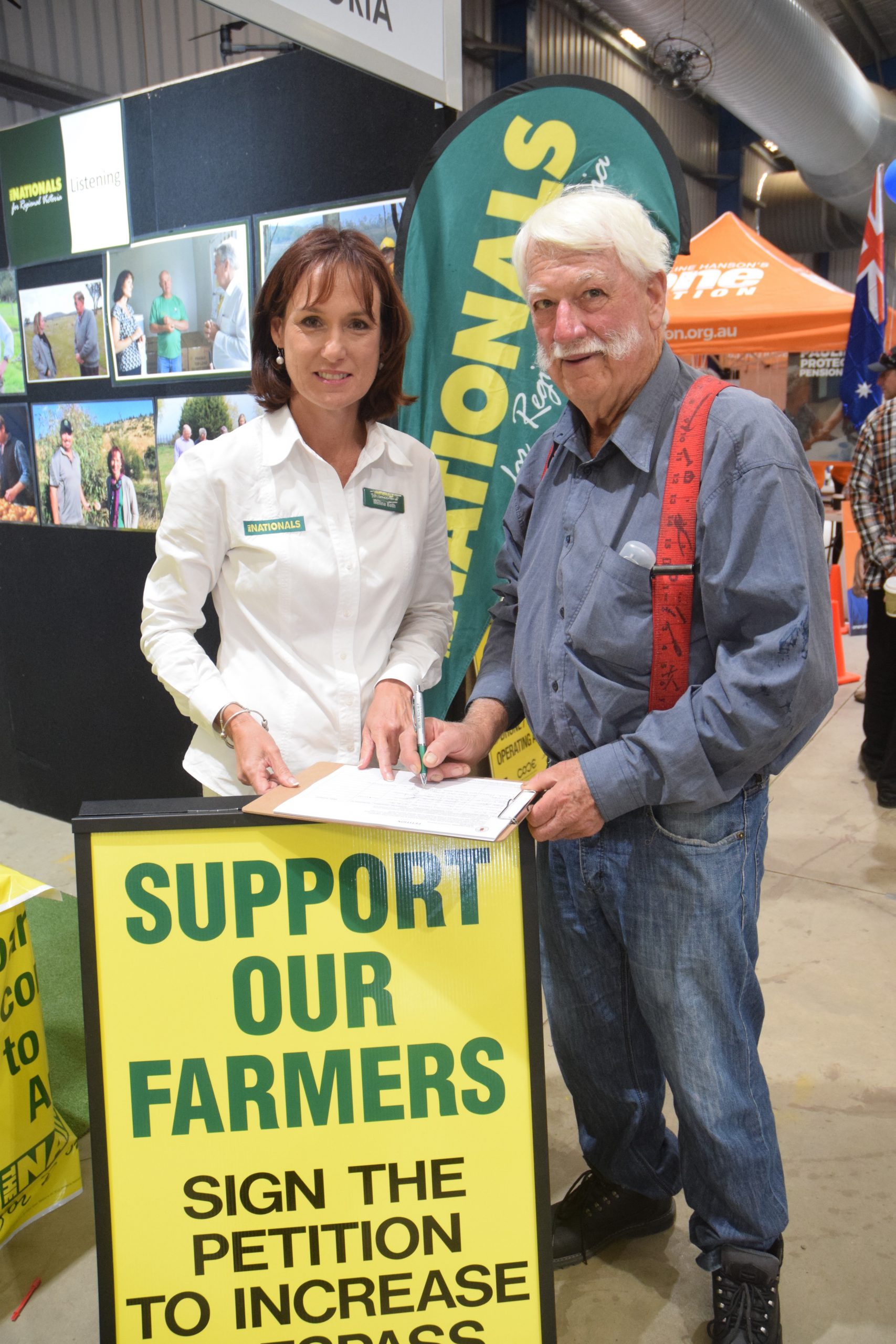 A petition calling for a review into Victorian trespass laws gained an additional thousand signatures over the four-day FarmWorld event at Lardner Park.

It comes after popular Trafalgar café Gippy Goat closed its doors following the theft of livestock from the café premises in December last year by activists.

The Weekly Times reported one offender was fined $1 for removing an identifying ear tag and another $1 for housing livestock without a property identification code, while two others were placed on good behaviour bonds.

Member for eastern Victoria Melina Bath and former Gippy Goat café owner John Gommans are spearheading the petition, which also calls for an animal rights website that identifies a number of Gippsland farms on an interactive map to be deregistered as a charitable organisation and shut down.

At the time of publication, the online petition had reached about 3500 signatures, not including the additional 1000 paper signatures Ms Bath garnered at FarmWorld.

Describing a $1 fine as “no fine at all”, Ms Bath said an inquiry into existing trespass legislation would need to encompass a range of elements including “what the activists are doing” and “what is happening for other jurisdictions and in other states”.

She said NSW had introduced a bill in 2017 which allowed for prosecutions under a new ‘aggravated trespassing’ offence, which carried a minimum $1000 fine.

“The test will be if there is a biosecurity risk, if there is a more active harassment element to the trespass, then this will trigger an aggravated trespassing offence,” she said.

“If you are prepared to do it on a continuous scale … it will be a deterrent in the long run.”

Ms Bath motioned for the Economy and Infrastructure Committee to conduct the inquiry at Parliament in March.

She said the topic resonated with a lot of FarmWorld attendees with many farmers detailing feelings of increased concern in relation to potentially being targeted themselves.

“A number of farmers, male and female, came and said ‘we’re now living a more alert, vigilant, anxious life because of it’,” Ms Bath said.

“Our farms are often our homes as well, with families and children and pets as well as our livestock.”