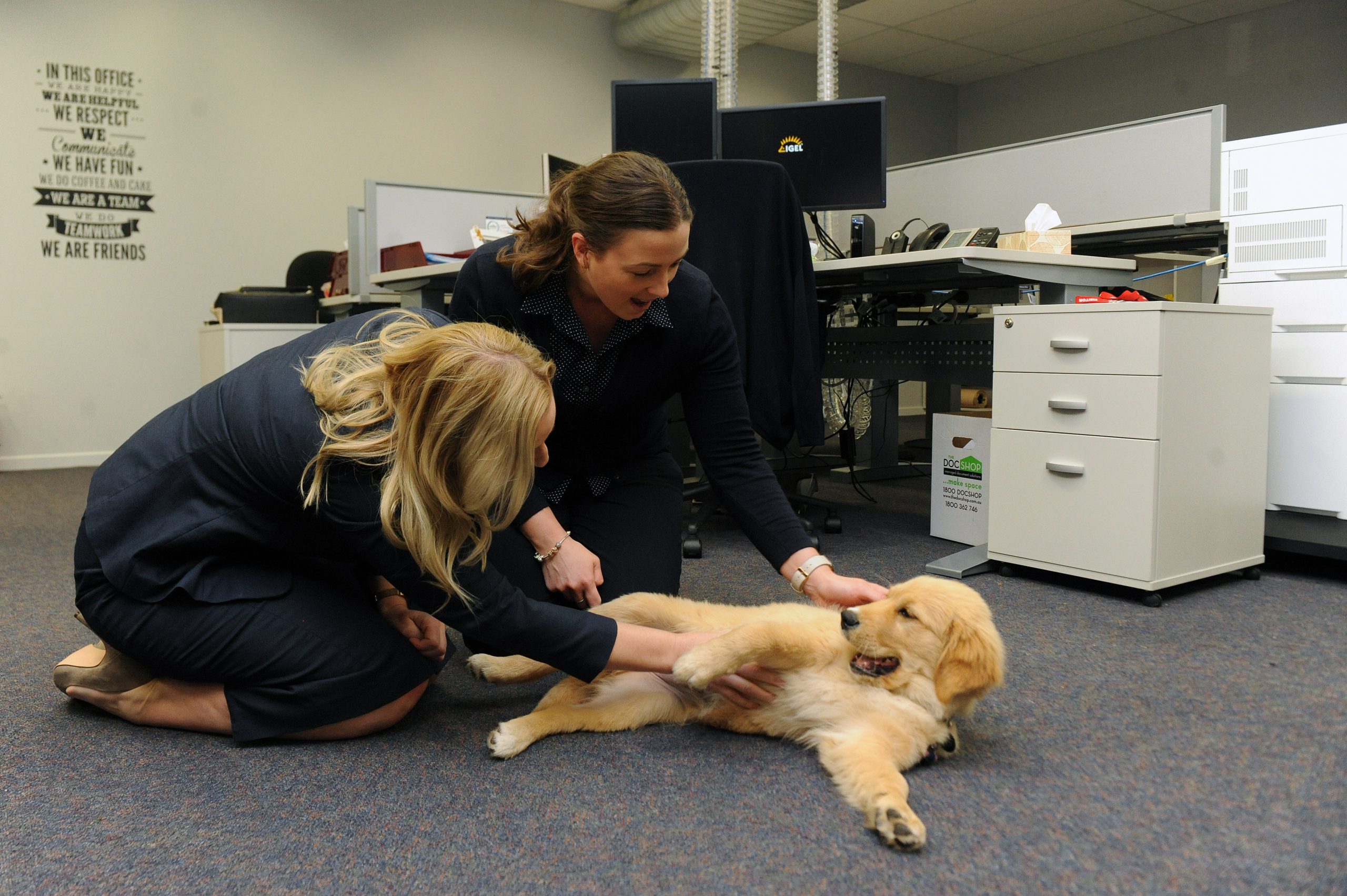 The Morwell Neighbourhood House will be the first neighbourhood house in Australia to feature a therapy dog as part of its services.

House manager Tracie Lund said Honeybell would then carry out her training as an emotional therapy dog at the house.

She said Honeybell had already been a “huge hit” at the house with people coming along and specifically asking for the playful pup.

“We’re finding people are interacting and engaging with people they haven’t met before. They have the common ground of the dog between them,” Ms Lund said.

“She is building friendships, building self-esteem, allowing people to relax and be who they are and connect with other people.”

Ms Lund said she had already noticed “clear differences” in the behaviour of some people at the house after they had spent time with Honeybell.

“She has made such a positive impact to our work already. Trained up, I think the impact is going to be immeasurable,” she said.

Latrobe Health Services and staff will contribute $1500 towards the first stage of Honeybell’s training.

Chief executive Ian Whitehead said providing funding for Honeybell’s training was one of the many ways the organisation aimed to support and “give back” to the community.

He said the Latrobe Valley had experienced “some challenging times” following the closure of Hazelwood Power Station and, in recent months, with the bushfires, and that Honeybell represented an opportunity to support the emotional and mental wellbeing of residents.

“Sometimes it is those small, little things that make the biggest difference,” he said.

“Clearly, one of our concerns is the health of the community on so many dimensions, economic health, physical health, mental health… and we’re always looking for new, different and innovative ideas and how we can help people.

“I look at the joy [Honeybell] gives our staff when she came in … it is something we are very proud to be part of.”