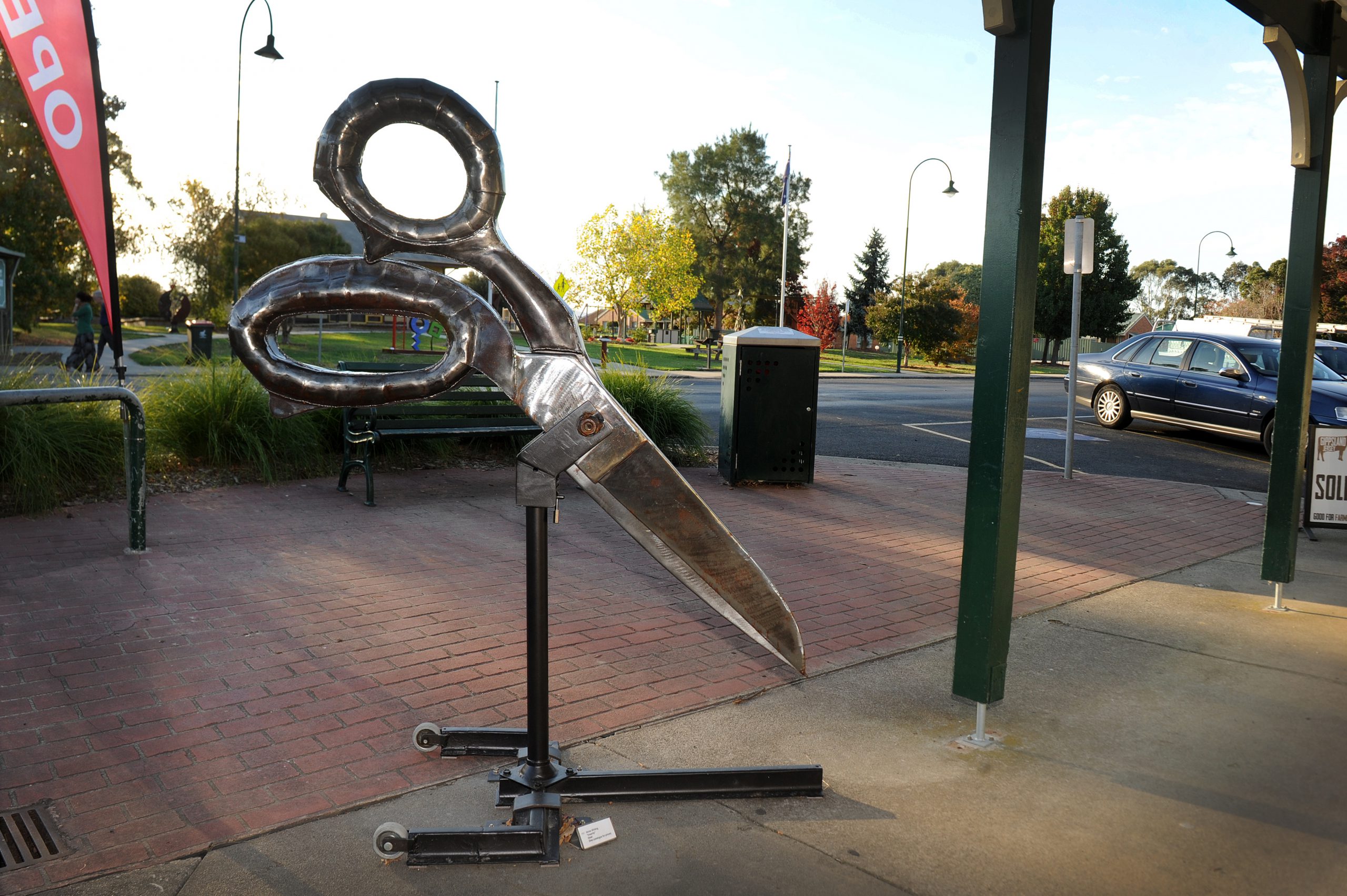 Giant scissors, tentacles rising from the earth and a car covered in mirrors are just some of the sculptures visitors to the Yinnar township will encounter over the coming weeks.

With the second Gippsland Sculpture Exhibition well underway, the winners of the exterior and interior sculpture prizes have been announced.

Jimmy Rix’s steel piece I’ve got This Chicken Legs, which depicts a boxing fight between a kangaroo and an emu, took out the exterior sculpture prize, while one of Elfrossini Chaniotis’ multiple pieces took out the interior award.

A chainsaw carving demonstration by Australian national champion Rob Bast, she said, was a hit with crowds.

The final piece, Muster’s End, was an homage to what many historians believe to be Yinnar’s first settler Billy Hillier.

“There has been so many people walking around, particularly on the weekends,” Ms Allen said.

She said Mr Bast’s piece would eventually become a permanent feature next to the historical society building.

Dr Tony Hanning, who performed the official opening of the exhibition, said Yinnar residents and businesses had “really supported” the exhibition.

Even community members who may not have been particularly interested in the arts, he said, had gone above and beyond to support the installation of the exhibition.

The exhibition will be open until June 1 and will feature other artist workshops including Indigenous weaver Ngun Godwin, Cassie Leatham and leather worker Carol Johnson.

Other workshops will be held on Sundays during the exhibition.