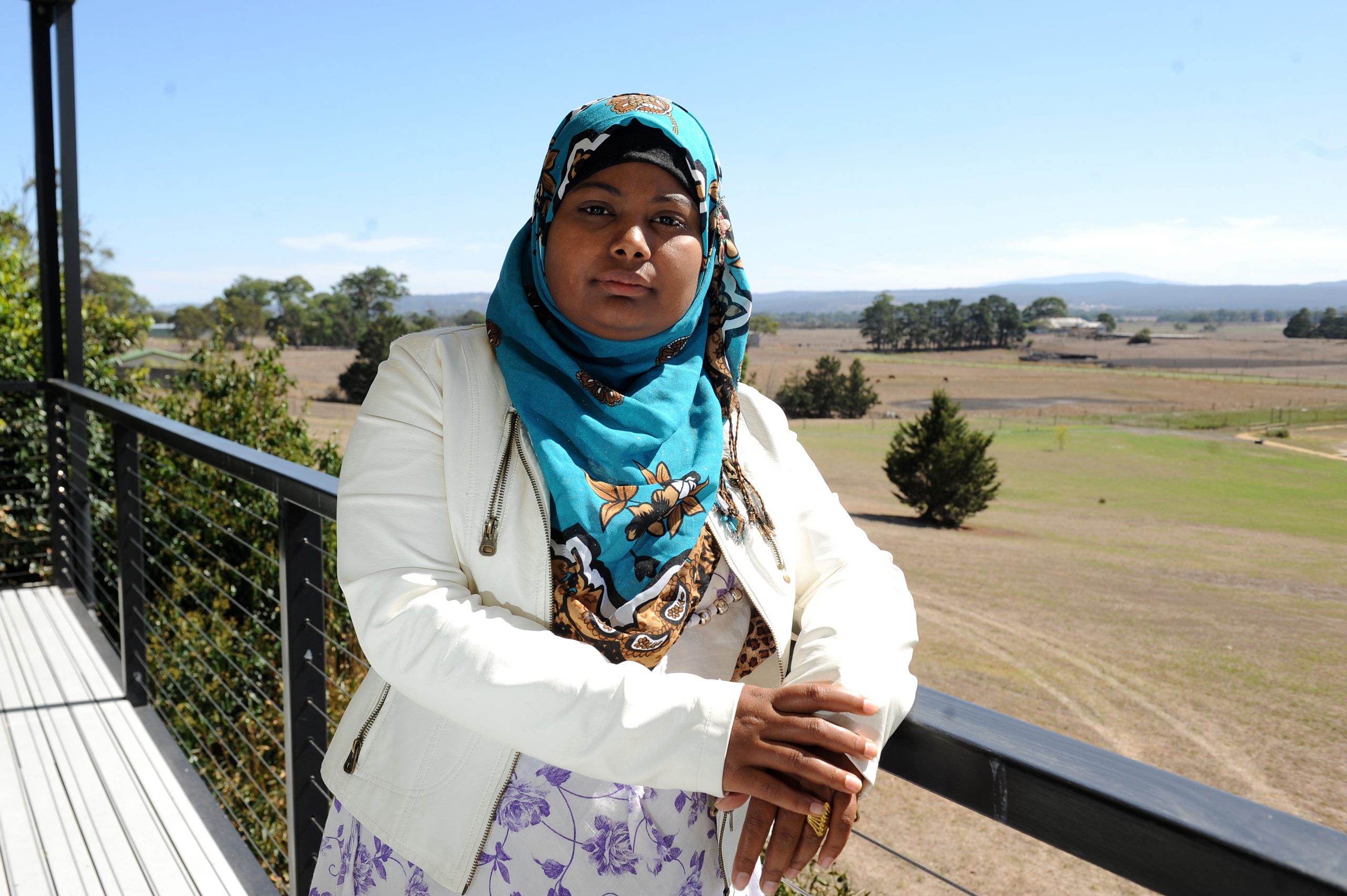 Morwell mother of two Amina Khatun has long been a leader in her family.

At age 14, she was taking charge at the bank counter and in the supermarket counting change as the most confident English-speaker among her mum, grandma and siblings new to Australia.

They had left the stifling humidity, amplified under a tent roof, of a crowded refugee camp where conversations were always in earshot of the next family along.

Ms Khatun was born in the Bangladesh camp after her parents fled violence against Rohingya Muslims in their home country, Myanmar, formerly known as Burma.

Later, as a family who had lost a father, they were offered and accepted a resettlement program to Australia.

Now aged 24, Ms Khatun is speaking out about domestic violence she says is happening in the small but growing community of Rohingya people in the Latrobe Valley.

“Domestic violence is a very big issue in the community,” she said.

Spousal abuse is legal in Myanmar and Ms Khatun said for a man, “back home it is OK to hit their wife”.

“They are still carrying that here but we have to make a change,” Ms Khatun said.

The problem is compounded by many refugee women who are afraid to go to police.

“They are thinking if they go to police, if they have a case filed, their visa will be cancelled or they will be sent back to home,” she said.

She said even if a domestic violence case went to court, often women would say nothing without the confidence to speak English fluently but also being fearful of how their community would react.

Ms Khatun is a survivor of domestic violence.

“Even myself … I know where to get help … what agencies can support me. Still, I didn’t have the courage to leave the relationship until eight years,” she said.

“I was thinking … what society will say about me, how about if my children don’t have a dad.

“I have to face lots of challenges within the community and within society. Everyone asks me ‘why did you leave the relationship?’ I say, ‘none of your business’.”

She said she wanted all women to have the strength she found.

“We are not the property of the man. They can’t do anything they like. We are human beings too. They are treating us as a dog,” Ms Khatun said.

A central hub in the community is Ms Khatun’s proposal to support local women, where they could access support in their language and build the confidence to go out in the community.

“When they stay home they don’t do nothing and they will be more negative and more isolated,” Ms Khatun said.

“[Morwell] is very good as long as you can speak the language, you can make friends and you know what is around.”

A Family Safety Victoria spokesperson said The Orange Door which arrived in inner Gippsland in late-2018 was committed to providing a culturally appropriate response to migrant families impacted by family violence.

“The Orange Door works with interpreter services, Gippsland Multicultural Services Inc, and inTouch Multicultural Centre Against Family Violence, as well as other specialist services to ensure migrant families receive the support they require that is both culturally sensitive and appropriate to their needs,” the spokesperson said.