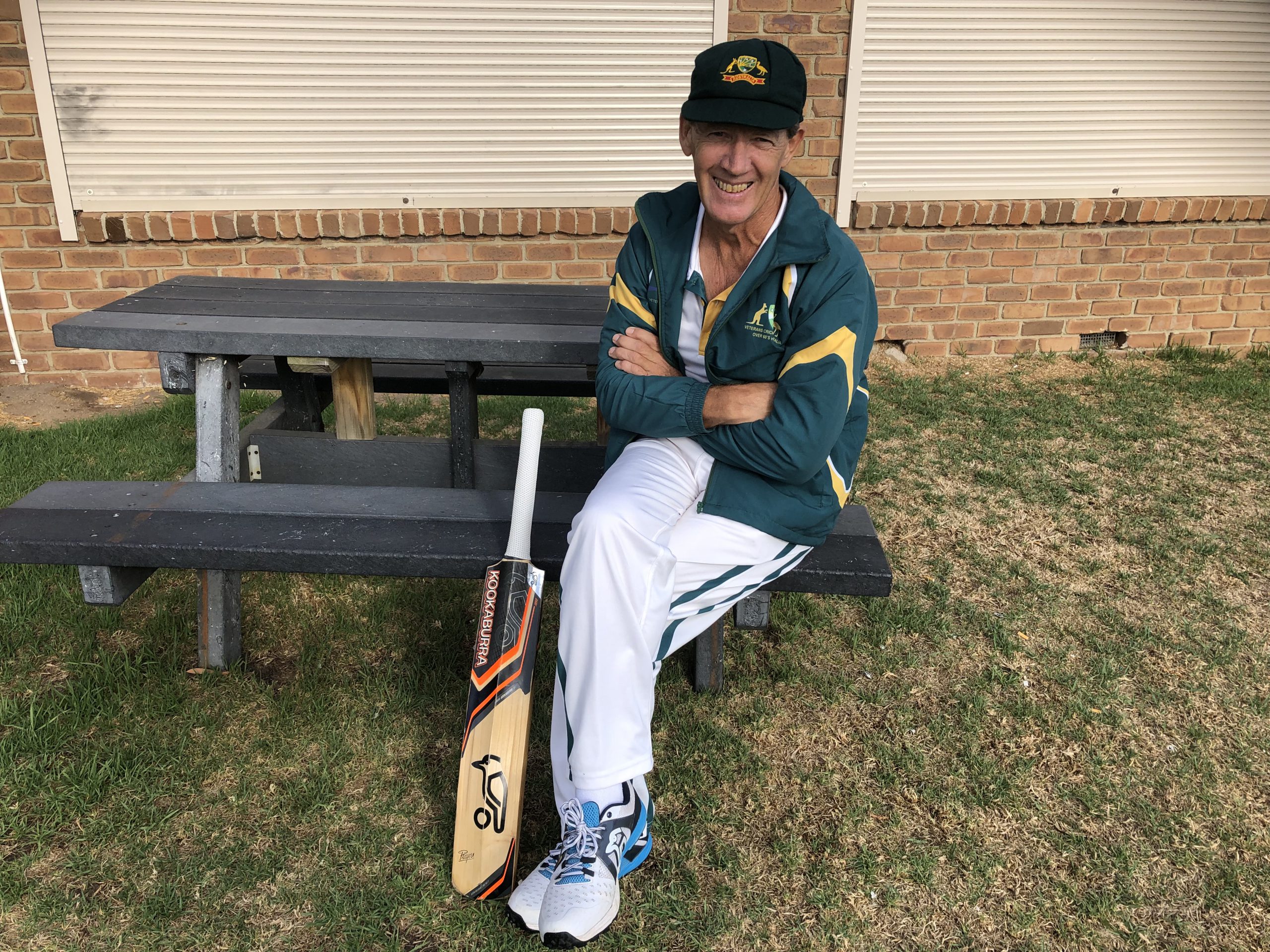 The Hazelwood South resident and member of the Gippsland Goannas has earned a call-up to the over-60 Australian team to tour the United Kingdom next month.

Smith, now 63 and with baggy green in tow, forms part of the 18-man squad that will play 14 matches including three One Day Internationals against old foes England in a fight for the coveted Grey Ashes.

In his prime he played district cricket for South Melbourne for a decade and was “lucky enough” to bat with Australian representative Ian Redpath at the tail-end of his career.

He also played alongside the likes of Mick Taylor, Wayne Phillips (Victoria), a baby-faced Damien Fleming and Graham Yallop as captain-coach.

Originally an opening bat, Smith has found himself a regular fixture in the middle order of a “very strong” Australian over-60 side.

“When we get to the Australian team … I’ve been batting at five or six which is a bit unusual for me,” he said.

“It’s not really my style of cricket, where you’ve got to hit the ball a bit harder.”

Smith also dabbles in “a little bit of leg spin” but is primarily a self-professed “patient batsman” and old-fashioned cricket romantic.

“It was probably bashed into me by my older brother because he’s eight years older than me and it was ‘keep the good balls out and hit the bad balls’,” he said.

“Defence was the first thing I was taught and the attacking strokes came later … definitely not like the Twenty20 players of today where they’re all attack.

“The variety of strokes they play, even the fellas here at Churchill … the first notion is to try and hit every ball, but that’s the old fogey in me talking there.”

Smith still plays alongside 19-year-old son Jarrad in the Cobras’ Premier B grade side in the Latrobe Valley and District Cricket League.

“I never thought I’d have a chance to do that but the last few years I’ve been able to play with him which is very kind of the Churchill team,” he said.

Now retired, Smith was a civil engineer in Melbourne before he moved to the Latrobe Valley for a tree-change and to complete his PhD in information technology.

He keeps fit with “lots of walking” and twice-weekly rounds of golf playing off a competitive handicap of five and takes his game-face into all forms of cricket.

“I don’t think it matters, even as the Goannas, we have a tradition of playing as hard as we can but laughing at the same time and having a lot of fun,” he said.

“I think it’s exactly the same at the higher levels when we are at the national championships with the Victorian team and it’s the same with the Australian team; you do try your hardest.”

Wife Meredith will join Smith for the month-long tour of England in early June and the pair will “make a trip of it” with pit-stops in Singapore before and France afterwards.

England hold the prestigious Grey Ashes but Smith described Australia’s chances of claiming them in 2019 as “good”.

“There is a huge number of over-60 cricketers in England and they’re very strong but I think we’re in with a chance,” he said.