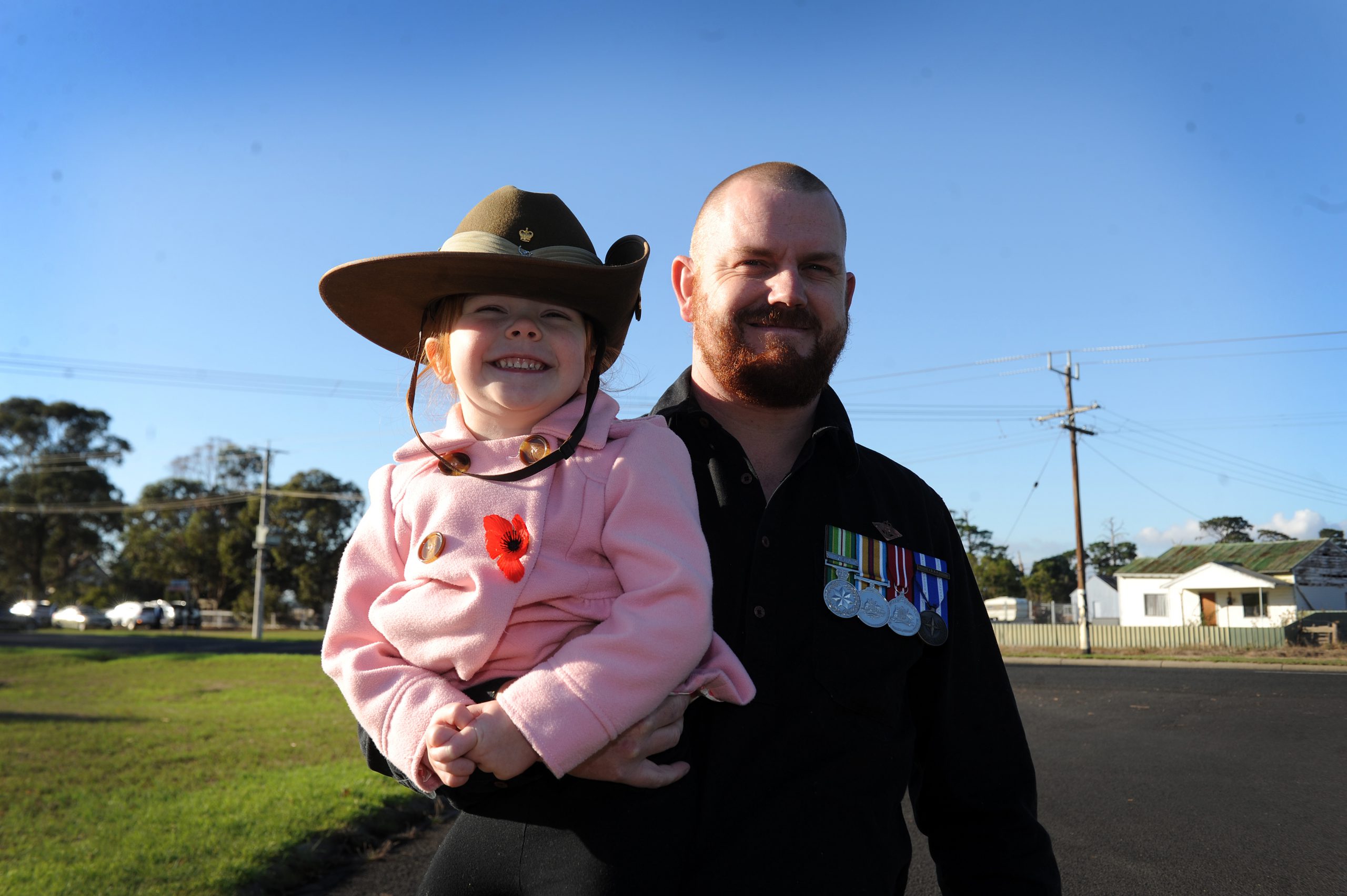 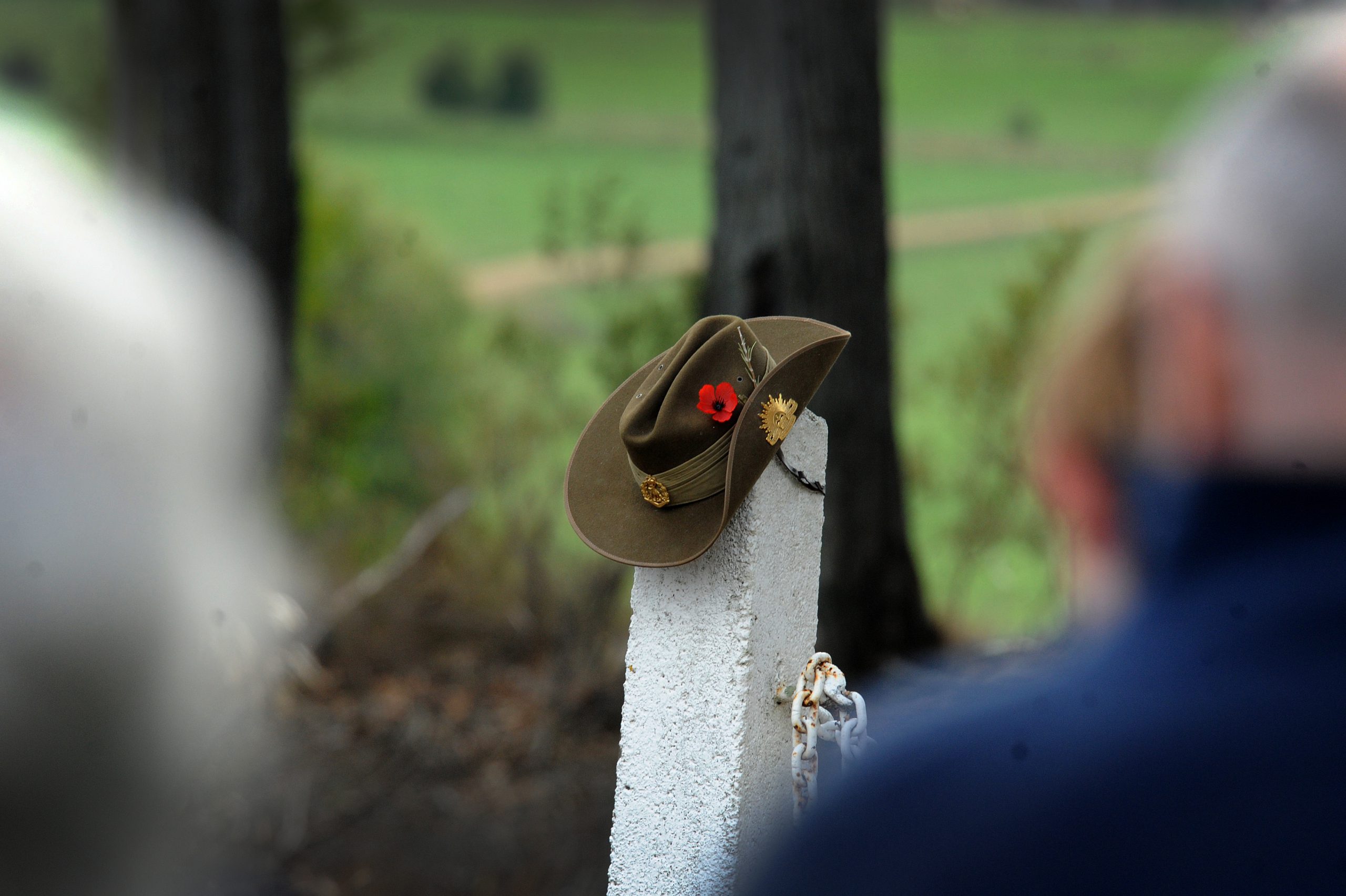 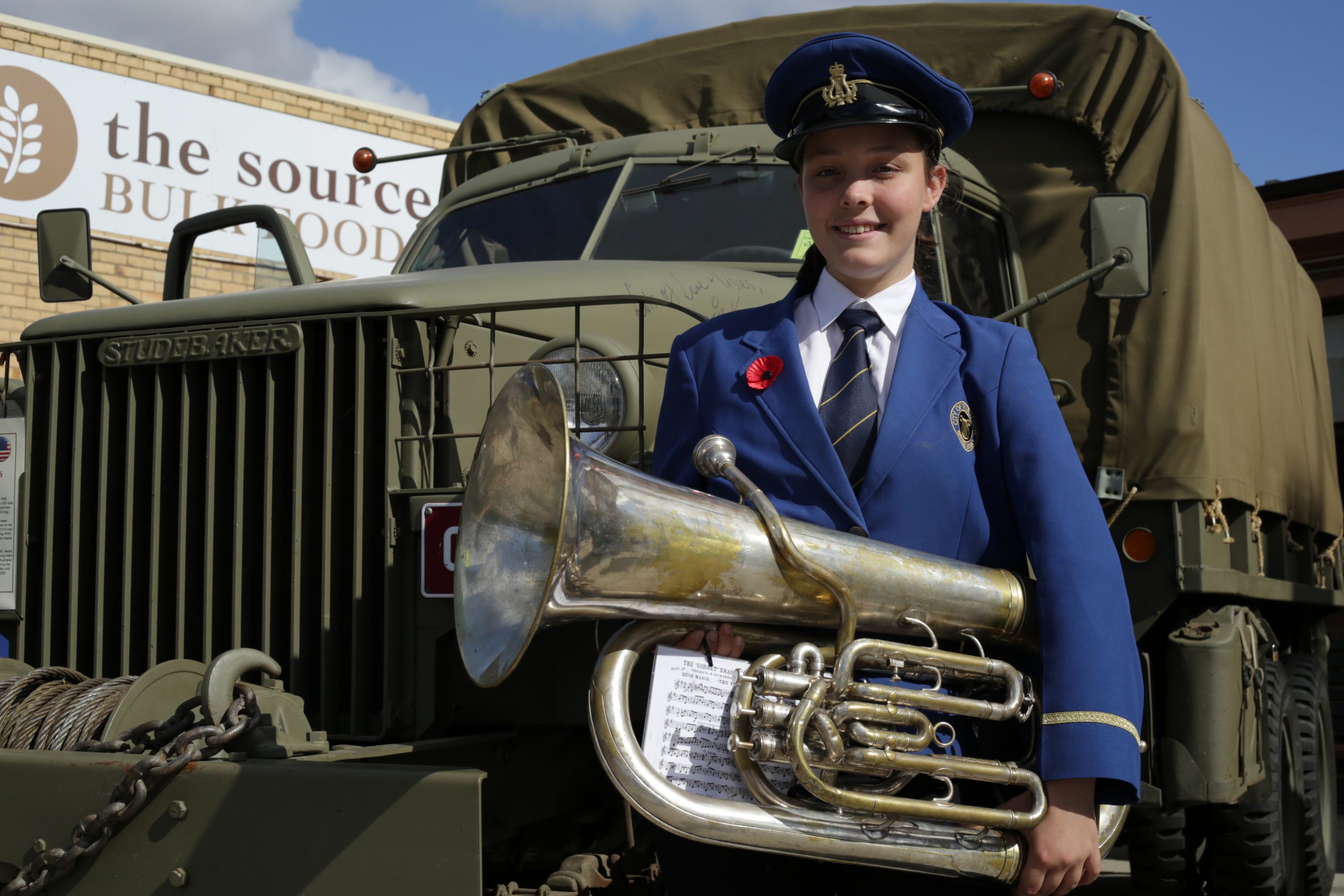 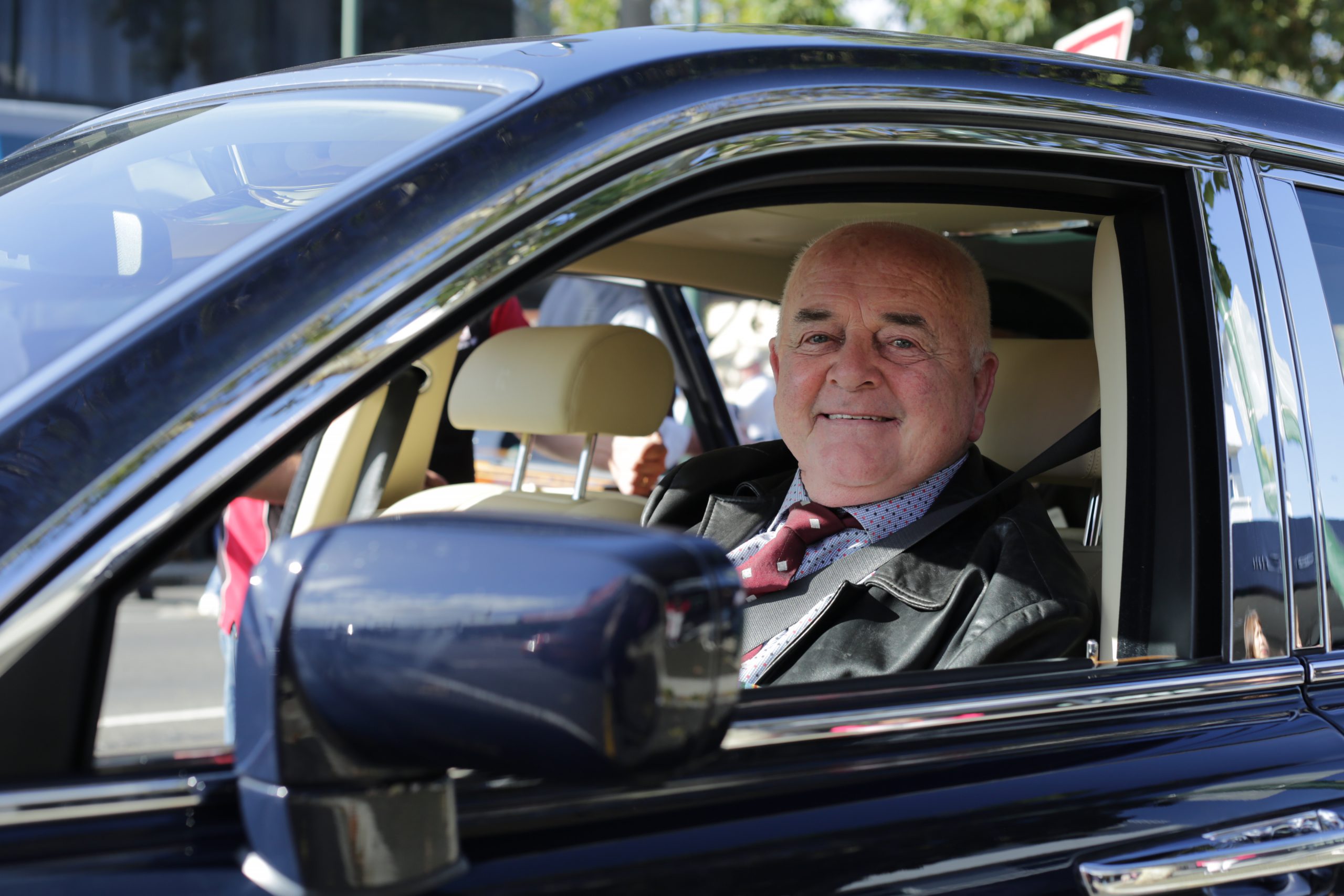 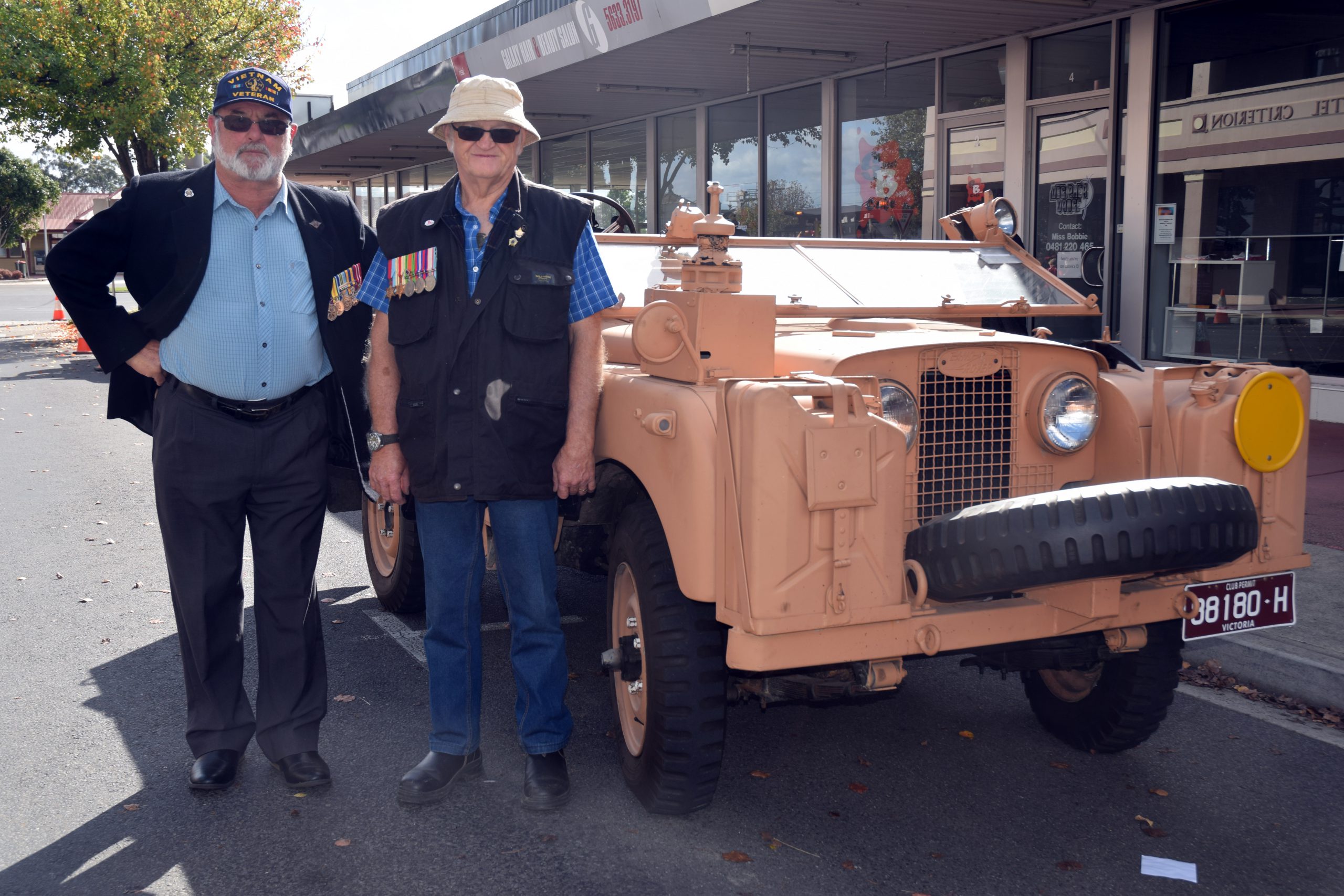 Organisers of Anzac Day services across the region reported increases in young people in a sign of confidence that youth were keen to learn about their nation’s history.

Veterans’ Affairs Minister and member for Gippsland Darren Chester said it was “terrific” to see an increase in younger people attending the services and embracing their ceremonies to pay respect to the region’s veterans.

“I think the resurgence in young people attending these services reflects that they have a real interest in their nation’s history and they want to say their own personal thank-you to those who continue to serve us today,” Mr Chester said.

“I’ve seen it here across Gippsland and from what I’m hearing across Australia it’s been a very strong turnout by younger people.”

At Glengarry, Lieutenant Colonel Doug Caulfield led the morning service “in front of just about every Glengarry resident” after the City of Traralgon Brass Band marched down the town’s Main Street.

“I think the main thing is our schools particularly are continuing to perpetuate the values that are associated with Anzac Day,” Lieutenant Caulfield said.

“What has struck me of late is the demographic in that we’ve got probably a 50/50 per cent split between the older generation and the younger generation.

“If we can keep that sort of awareness of the Anzac spirits and their values that come with it alive, then we will continue to perpetuate those things into the next generation.”

Ms Gill encouraged women and young people alike considering a career in the defence force to “have a go” and take a risk.

“You have people here to train you and help you get to where you need to be and if you’re thinking about it, I suggest you go and do it because it’s really good personal development,” Ms Gill said.

“I have three children so it’s a bit of a juggling act but we get there. My father was in the same regiment as I was when he was a teenager and it was something I always wanted to do so I kind of bit the bullet.”

At Hill End, about 60 people attended the town’s morning service at the mechanic’s institute while the backdrop of the Baw Baw ranges provided a picturesque atmosphere for the wreath-laying ceremony.

At Traralgon, a loud whistle from parade marshal Sergeant Rob Timmers sent about 400 people marching through the town to Waltzing Matilda.

The cavalcade of veterans and their next of kin, Scouts and Guides holding flags and school groups encircled the cenotaph at Kay Street as about 3000 people looked on to the Anzac Day service at 11am.

“I look forward to [Anzac Day] every year to catch up with the old diggers again … and to have a couple of quiet ales and reflect,” Mr Van Berkel said.

Mr Van Berkel was a national serviceman, serving in Vietnam in 1967-’68 with the Engineers.

“I’d never been away from home. It was rather frightening initially,” he said.

“But I actually enjoyed it because when you come from a family of 11 kids it was nice to get away for a while.”

Traralgon resident Les Davidson was one of many attending the service wearing the medals of his father and grandfather.

His grandfather, also Les Davidson, served in the Middle East and France, where he was shot by a German shell but survived.

“I still have the shell,” Mr Davidson said.

Mr Davidson said Davidson Street in Traralgon was named after his grandfather for serving in the City of Traralgon Band for 50 years. The band also performed at this year’s Anzac Day service.

Sergeant Rob Timmers said the morning went “exceptionally” well and people were mixing after the service.

Trafalgar/Thorpdale RSL president Ray James reflected on the history and role of RSLs across the nation, describing the organisations as the first system of welfare in Australia.

“In 1916 there was no form of government welfare service and the RSL committed itself to providing for the sick, wounded, needy, those who had served, including their dependents,” he said.