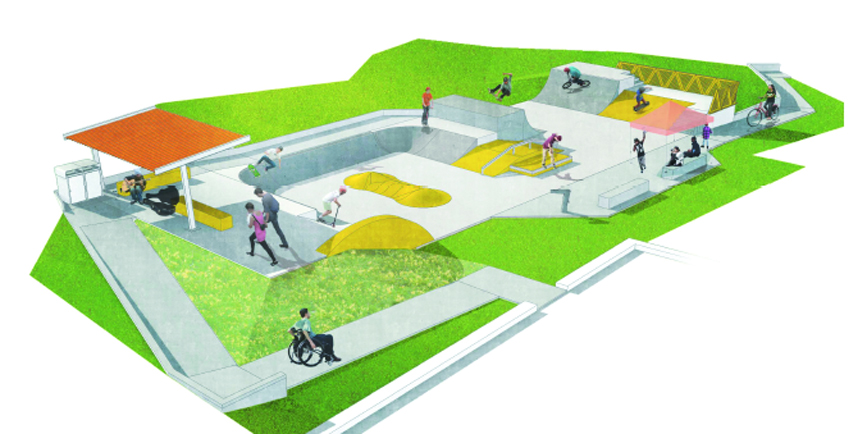 Rawson is one step closer to having its very own skate park after Baw Baw Shire Council decided on a design.

At a recent council meeting, councillors also voted to allocate $120,000 worth of funding from the 2019/20 council budget to stage one of the park.

Council will apply to Latrobe Valley Authority for an additional $135,000 towards stage one of the park, for a total budget of $465,000

The park would be located at the Rawson Shopping Centre carpark and in addition to the skate park, will feature a new half basketball court and rebound wall, pedestrian paths, shade structures, furniture and fixtures, landscaping and other ancillary items.

The skate park and additional features would be the first new piece of infrastructure Erica and Rawson received from council in 25 years, he said.

One of the challenges children and teenagers in the Rawson/Erica area faced, Cr Leaney said, was access to mainstream sports, having to travel to Willow Grove, Moe or even further afield.

“I think this will be one of the most utilised skate parks in the shire simply because there is so few options that the kids have available,” he said.

The project has been developed in consultation with the community and, according to a council report, has received significant support and positive feedback.