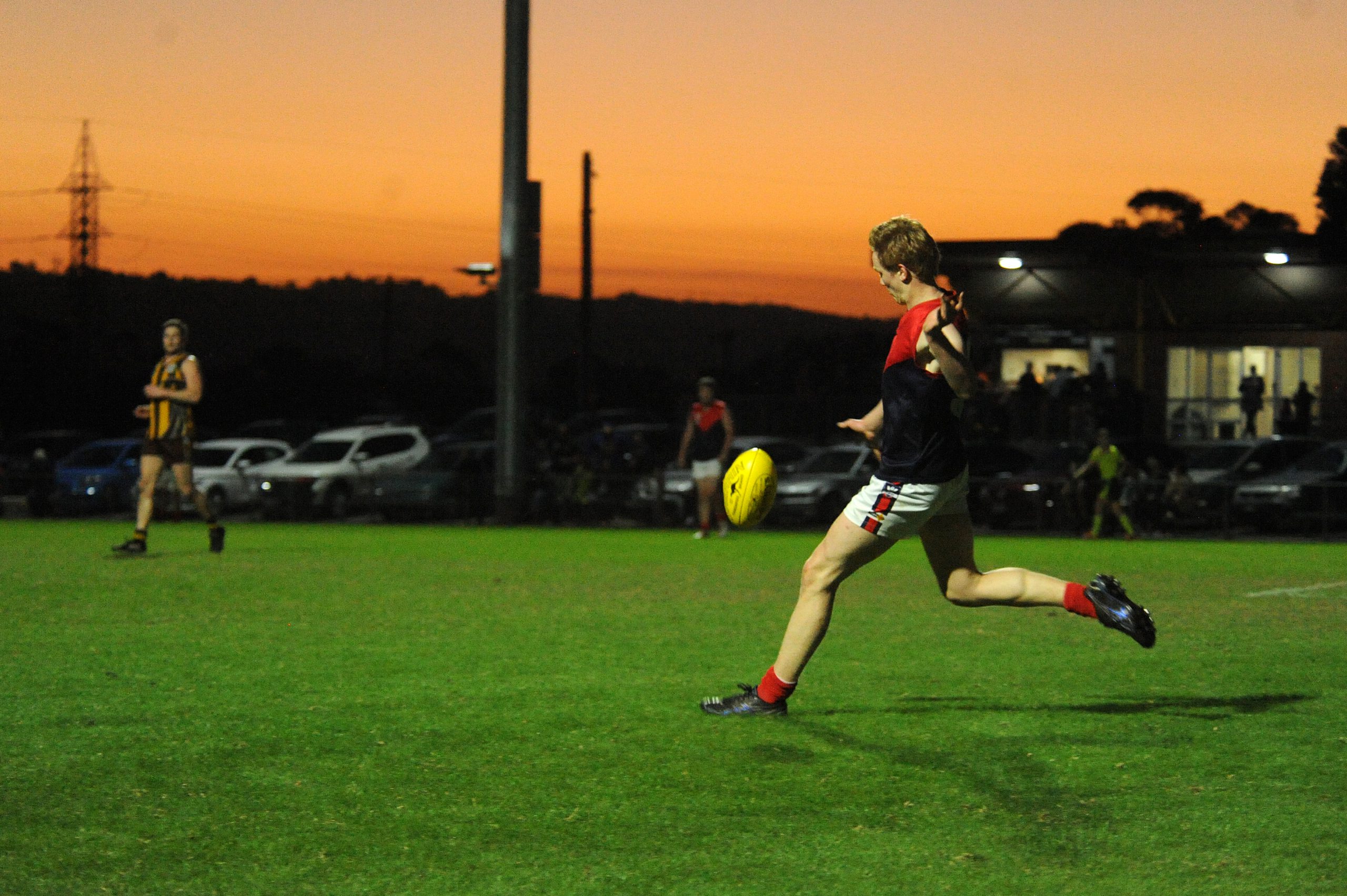 A healthy crowd turned out to Morwell Recreation Reserve, ensuring the Anzac Day clash will remain a fixture on the MGFL calendar.

Morwell East looked to spread quickly but Boolarra didn’t give them the privilege of room to move and kept themselves in touch at quarter-time.

The Hawks opened the game up during the second quarter by running in numbers, taking control of the corridor and making the most of their options in front of goal.

The Hawks lifted to another level in the second half and opened the Demons up, resulting in a one-sided final score line that didn’t do justice to Boolarra’s improvement from seasons gone by.

“We felt as though if we kept our run we could break them as the game went on, we knew they would throw everything at us early,” Morwell East coach Devon Soutar said.

“The draw has been kind to us really, we now have a bye, and it’s the next three weeks that will show where we are when we meet Trafalgar, Mirboo North, and Yallourn-Yallourn North.”

Both sides took a while to adjust to the blustery conditions but it was the Tigers who played to them the best.

A 13-point lead at quarter-time quickly built to better than four goals at half-time, with both sides missing opportunities.

Mirboo North’s back six were very solid for most of the afternoon and would have been one of many pleasing aspects for the home side.

“Both sides had really good pressure which created some poor errors in skills and quite a scrappy game, but kicking two goals against the breeze in the first quarter gave the boys confidence we could keep the momentum and get on top early,” Tigers coach Josh Taylor said.

“The backline was outstanding and the kids in the team were also great. There are some really positive signs and given we are now three wins in a row compared to none at the same time last year is a very different feeling given we have two winnable games in Thorpdale and Boolarra in the next fortnight.”

Yallourn-Yallourn North continued on with their winning streak by breaking Yinnar open with a devastating period of play to win, 14.14 (98) to 6.10 (46).

In blustery conditions skills were tested but stood up well and the pressure from both sides something to enjoy.

The Magpies were up and about away from home and looked good but the home side started to reel them in just before quarter-time.

The Bombers turned it on the opening moments of the second quarter, converting four goals in just a handful of minutes with Dean MacDonald and Keenan Hughes leading their side to a healthy lead at the main break.

The Magpies, to their credit, toughed it out during the second half, outscoring the home side in the third quarter and remaining competitive in the fourth but the damage had been done in a 15-minute period early in the match.

The Bloods burst out of the blocks early, hitting the opposition bodies hard and moving the ball in a manner that vaguely resembled their 2018 form, spreading from the back, sharing the ball moving forward and showing patience in the search for goal-kicking options.

A healthy lead of 21 points at quarter-time was soon to be a match-winning one of 40 points at the main break with only inaccuracy stopping the margin from being much greater.

The second half played out much the same as the first, with the home side starting to find the goals much more regularly.

It might not have been a win against one of the top sides, but it was a win that showed Trafalgar is set to cause some heartache for those at the top of the table.