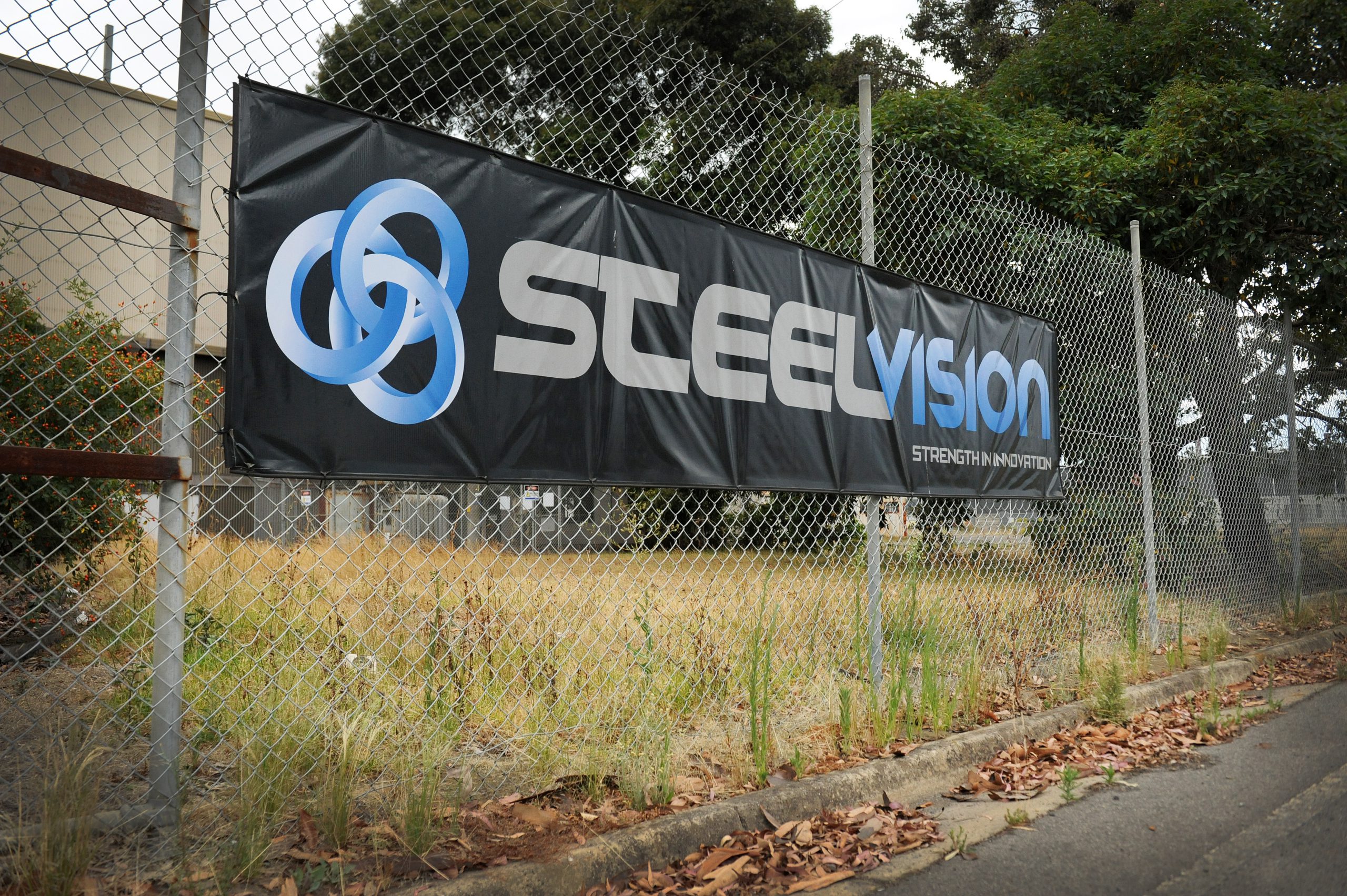 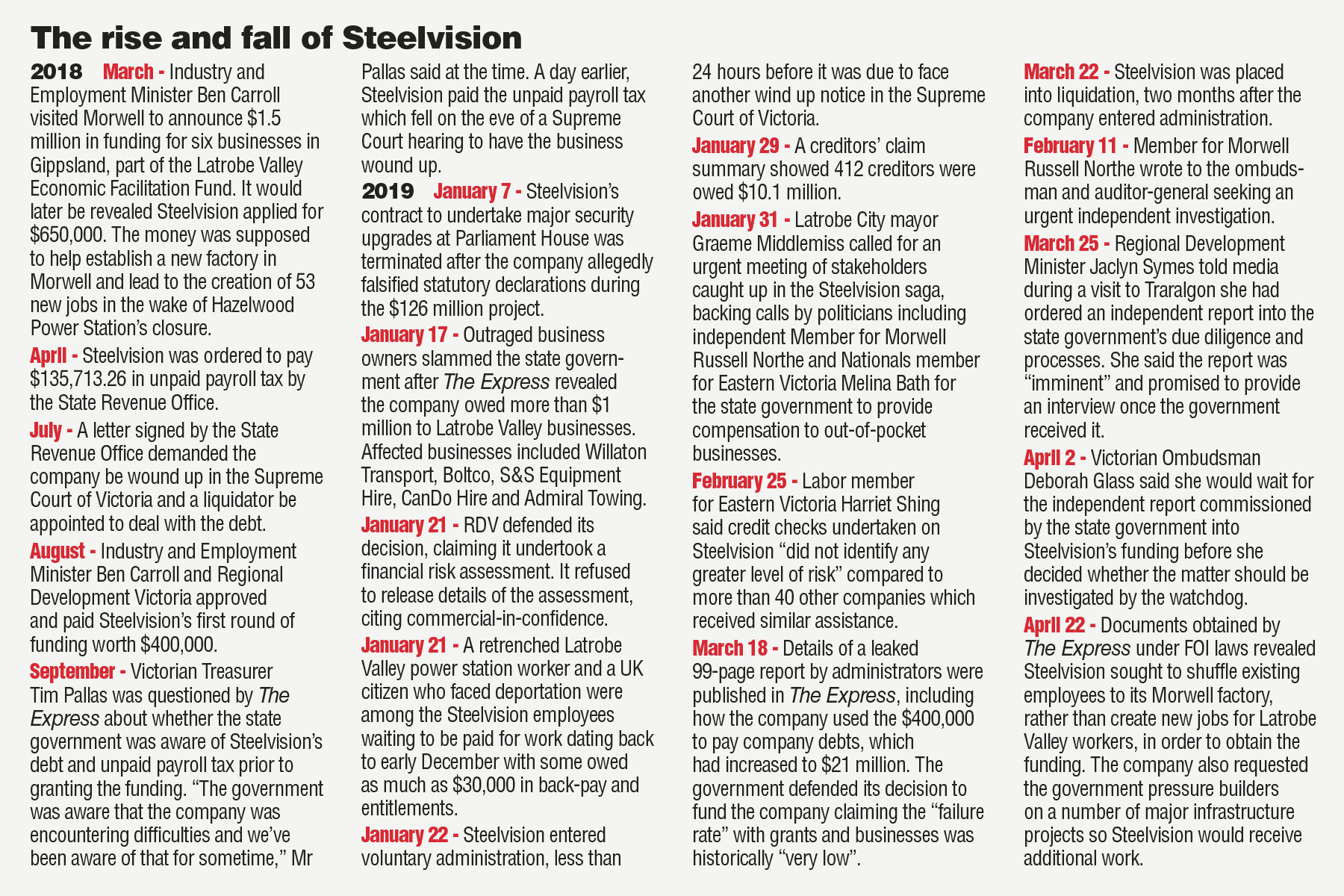 Victorian police are set to investigate “suspected fraudulent conduct” by embattled company Steelvision after the state government this morning referred the matter to police.

In a statement, the government said it had completed a comprehensive review of all aspects of the Steelvision grant after the company entered administration in January this year.

According to the government, the inquiry identified “suspected fraudulent conduct” by the company in relation to a grant it received.

Regional Development Minister Jaclyn Symes said the referral related “exclusively” to the conduct of Steelvision and did not involve anyone from the public service or government.

“Regional Development Victoria is working with businesses impacted by the closure of Steelvision to discuss government programs that may be of benefit to them,” Ms Symes said in a statement.

“Our Worker Transition Service is supporting retrenched Steelvision workers to get on the path to securing a new job.”

Steelvision was awarded $400,000 in taxpayer money through the Latrobe Valley Economic Facilitation Fund in August last year which was supposed to help create up to 53 new jobs and establish a new factory for the company at Morwell.

The Melbourne-based company specialised in manufacturing and installing glass and steel products and relocated its operations to Morwell at the beginning of 2018.

However, in the past five months, The Express has revealed the company is in debt more than $21 million and owed Latrobe Valley businesses more than $1 million in unpaid bills.

In March, details from a 99-page report by administrators Hamilton and Murphy were published which stated the company used the taxpayer money to pay off outstanding debts.

A few days later the company was placed into liquidation.

Last month, documents obtained by The Express under freedom of information laws revealed Steelvision sought to shuffle existing employees to its Morwell factory, rather than create new jobs for Latrobe Valley workers, despite this being a requirement to obtain the Hazelwood transition funding.

The company also requested the government pressure builders to use Steelvision on two major Victorian infrastructure projects, the documents revealed.

The government also commissioned an independent report by consultancy group KPMG, which The Express understands the government is yet to receive.

Steelvision declined to comment when contacted on Friday afternoon.