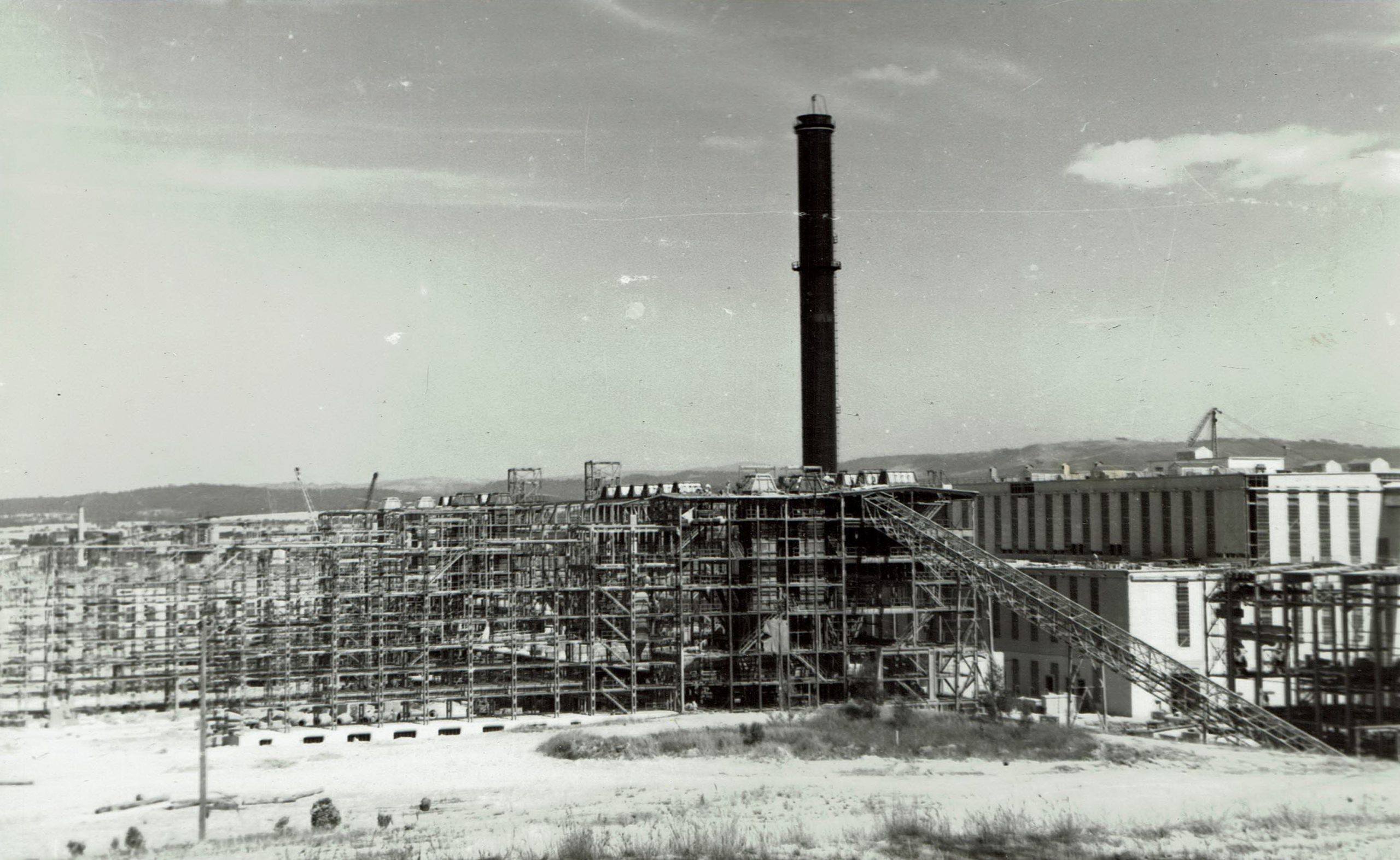 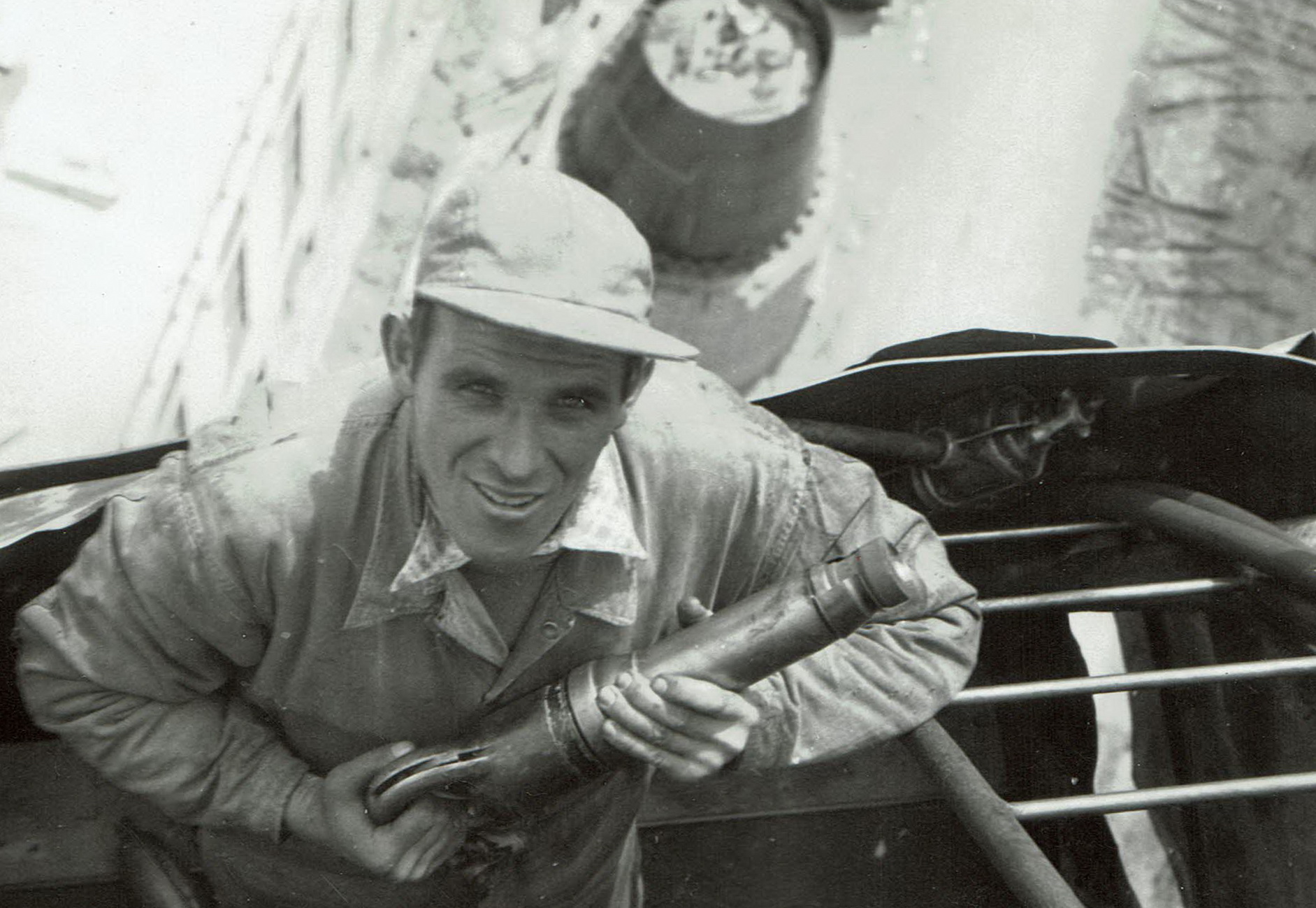 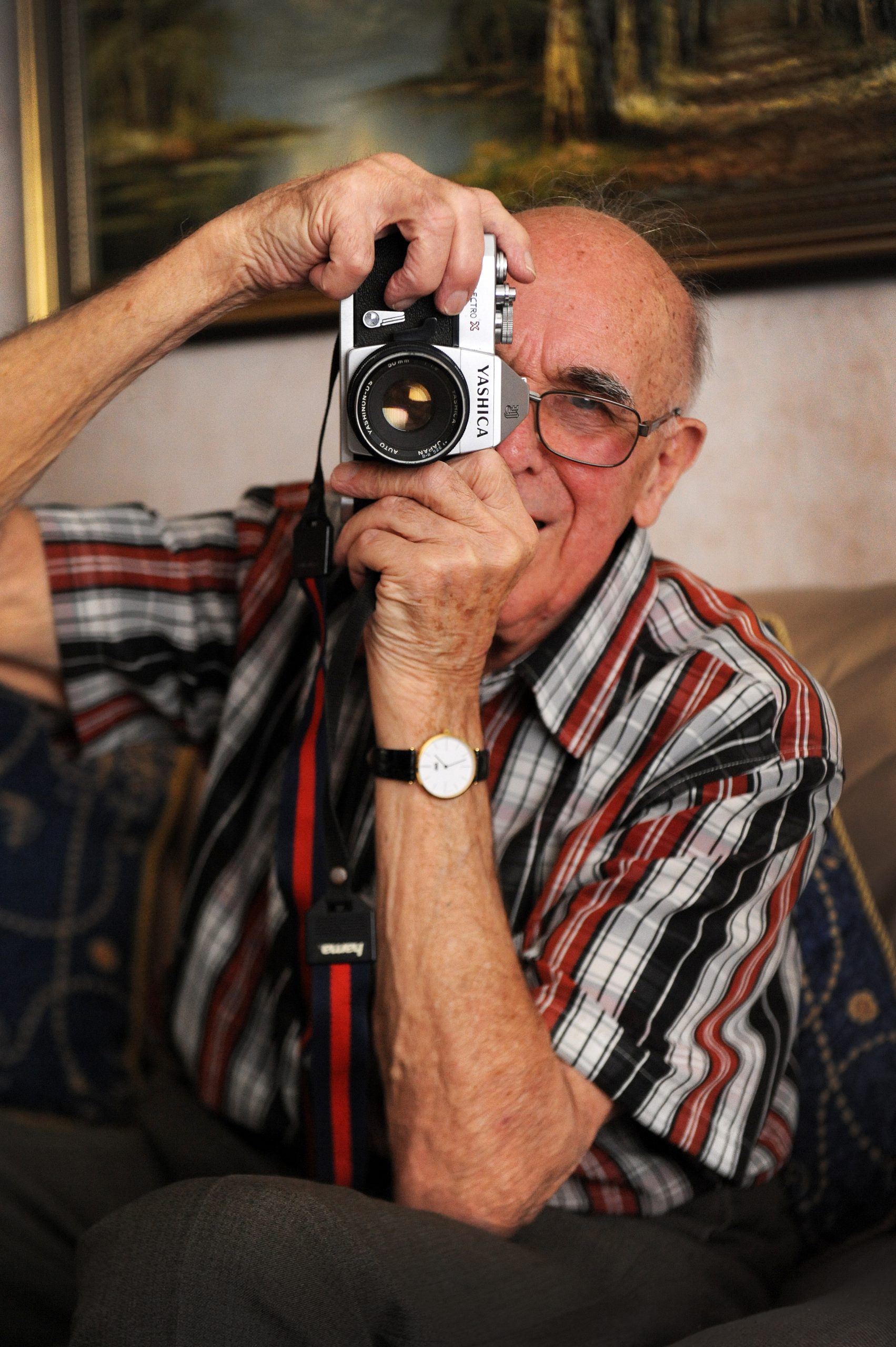 For six decades the skyline of Morwell has featured four chimneys on the outskirts of town at the old Morwell Power Station.

On the eve of the station’s demolition, The Express, with the assistance of the Morwell Historical Society, is publishing a private collection of photographs taken during the station’s construction.

Morwell man Hermann Wasmayr’s collection of black and white photographs taken during the 1950s show a bygone era when the SEC was booming and construction of the region’s power stations was well underway.

Memories of mateship and good times flow back to Hermann Wasmayr as he flicks through a personal collection of photographs taken during the construction of the Morwell Power Station.

It was 1956 and Mr Wasmayr had been in Australia for only a matter of months after migrating from Austria to a settlement camp at Bonegilla.

After arriving with his wife Friederike, the pair was sent to Morwell where they would live for some 10 years.

The qualified boilermaker had secured a job with the State Electricity Commission of Victoria as a riveter on the construction of the Morwell Power Station.

Boilermakers were used on the project to construct the four 300-foot (91.4 metres) chimneys each made of 225 steel plates and riveted into place.

“All the plates were laid out in the yards. First we had to connect them all together and then we would lift and rivet them in place,” Mr Wasmayr, 92, said.

According to the Morwell Historical Society, two companies were used during the construction of the chimneys: Dutch company Werkspoor who constructed three, and Morwell company Pillars who put up the fourth stack.

“Safety was not a big issue back then, but we made it very safe. We always looked out for each other and we built them to perfection,” Mr Wasmayr said.

Using a lifting rig in the centre of the chimney, the different components were manoeuvred into position and bolted together prior to riveting.

Mr Wasmayr recalled riveters would work on the outside of the chimney from inside a small box hung from the top of the stack.

At the same time, men worked inside the chimney from a platform supported by scaffolding.

“It was a good crew, that was the main thing. The people I worked with made the job what it was,” Mr Wasmayr said.

“Each chimney had about 20,000 rivets. There were a number of

different sized rivets. They changed in size as the chimneys got higher.”

He recalled the top of the chimneys during construction would sway about one metre both ways in the wind, describing it as like “being on a ship”.

Speed was essential during the riveting stage, Mr Wasmayr said, with rivets heated in a coke fire close to the work inside the chimney before they were placed through a hole and “held up” with a compressed air rivet snap.

On the outside of the chimney, the riveter used a pneumatic riveting gun to quickly compress the rivet into place.

Once steel work was completed, the fire bricks were placed around the metal shell of the four chimneys.

Mr Wasmayr said taking photographs was his hobby and he lamented the impending demolition of the chimneys.

“I was terribly sad when I heard they were going to demolish the chimneys, but I guess that’s progress. It’s still very sad though.”