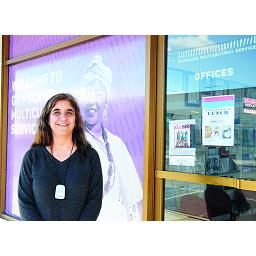 She said the Labor party’s promise to support women on partner visas experiencing family violence was a good step to address barriers that prevented them from reporting and seeking assistance.

According to the Federation of Ethnic Communities’ Councils of Australia there are about 750 women on temporary visas in the country who are currently accessing family violence services with a quarter of them in emergency accommodation.

In a statement opposition leader Bill Shorten promised to double government investments to prevent and respond to family violence including delivering a new 10-year federal plan to reduce violence against women and their children with a dedicated national strategy aimed at Culturally and Linguistically Diverse (CALD) women.

“The proposed 10-year plan to reduce violence against women and children is a welcome measure, as it will include a dedicated stream for women from CALD backgrounds, and a focus on areas such as recognising economic abuse, forced marriage and supporting women on temporary visas,” Ms Sinha said.

She said language barriers and the “lack of proficiency” by local service providers in tapping interpreter services and cultural-competency were making it more difficult for CALD women to access family violence support in the countryside.

“We are urging an immediate reconsideration of the funding and are urging the funds to be redirected to specialised domestic and family violence counselling services for individual women, children and men,” the Sale-based health service said in a statement.

“Family violence is not a relationship issue. Couples’ counselling and mediation requires both the perpetrator and victim to be in the room together and assumes that anything that is said in that room will be consequence-free. However, we know in relationships which have an unequal power divide that there is a risk of violence escalating at home as a result of what is said in couples’ counselling sessions.”