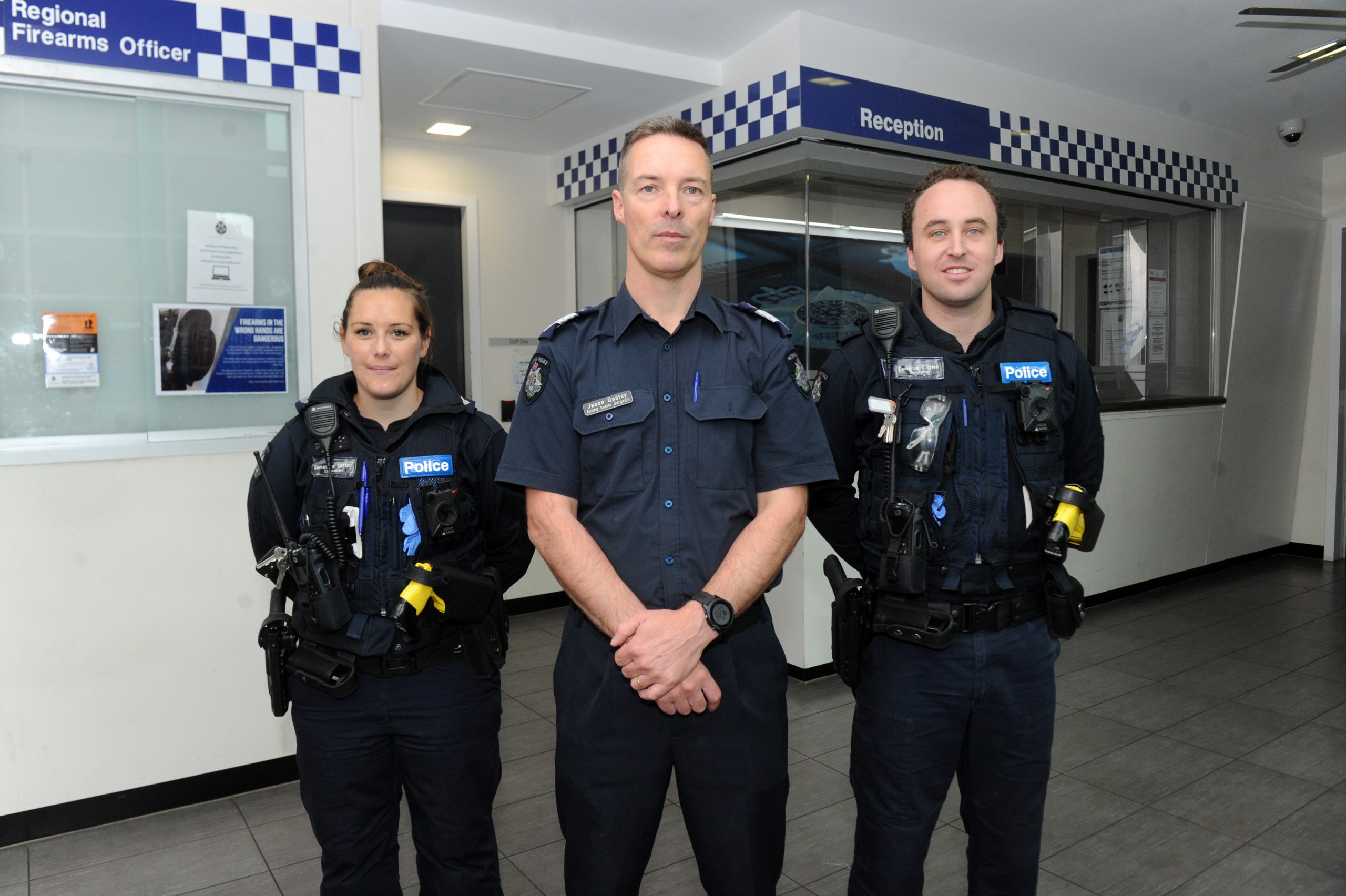 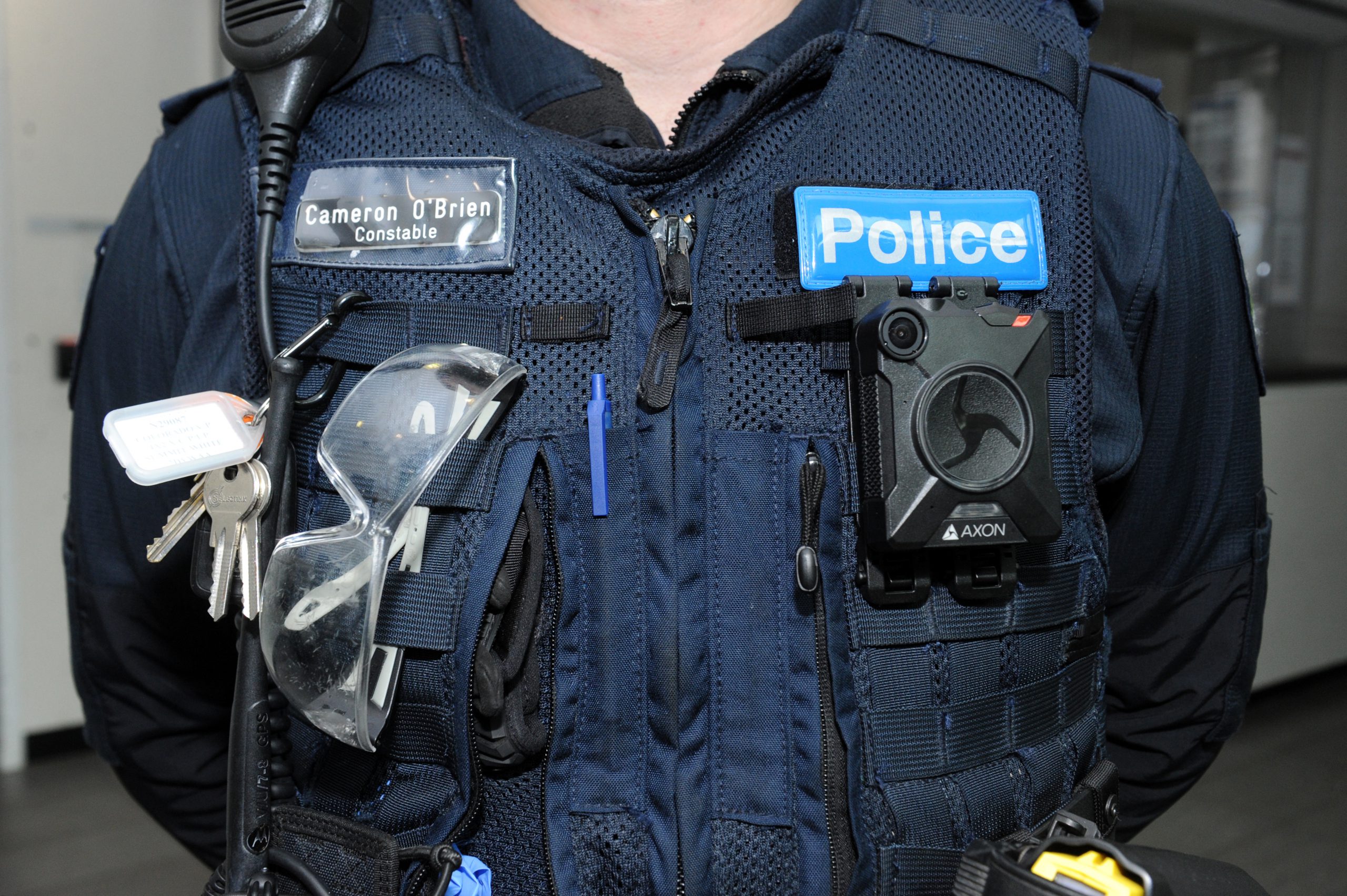 Footage of family violence incidents will be stored for up to 50 years under a plan to introduce body-worn cameras to all uniform and highway patrol police members in the Latrobe Valley.

The body-worn cameras have been introduced across the region to help reduce complaints against police and improve “evidence-gathering processes” in an attempt to tackle the region’s high rate of family violence.

Vision of family violence incidents, such as witness statements, will be kept for five decades, while other vision of incidents such as police intercepts will be kept for anywhere between 28 days and three months under the plan.

Police say the body-worn cameras, which only record when a member triggers it to do so, have already reduced “aggressive and volatile” situations since they were rolled out across the Valley two weeks ago.

Morwell Acting Senior Sergeant Jason Dastey said it was up to members’ discretion when they used the camera to record incidents.

“It came out of the family violence area mainly to assist in gathering evidence when police roll out at a domestic [incident] and perhaps the parties aren’t willing participants once the police are there,” Acting Senior Sergeant Dastey said.

“It’s also easier for us when we’re taking statements and evidence-gathering and it’s also good for us in terms of complaint-reduction.”

When recording, a red ring will illuminate on the camera and beep every 30 seconds.

The body-worn cameras will be available for police on the road, from sergeants to constables, and have been described by members as Victoria Police’s version of a “smart phone”.

“I would like to think they’re only going to be of benefit because when you roll up to anything these days everyone has their mobile phones out recording anyway,” Acting Senior Sergeant Dastey said.

“This is just an easy way for us to have the footage and the detail we need.”

Morwell Constable Cameron O’Brien, who has worn the camera about five times since they were introduced to the region, said they had aided police in de-escalating potentially dangerous situations.

“We were only at an incident this morning where we pointed out the fact it was recording and their behaviour was being recorded, and everything went calm basically within the 30 seconds after that,” Constable O’Brien said.

“It was a pretty aggressive and volatile situation and as soon as they realised they were on camera they backed down and were quite pleasant to deal with.”

“We’re getting a lot of historical matters being brought up that are family violence-related … and the more that the public are reporting to us, the more detail we have in a way,” Acting Senior Sergeant Dastey said.

“If it’s a family violence-related matter, the vision’s kept for 50 years. If it’s a non-evidentiary matter, depending on what evidentiary value we place on it, it’s kept from anywhere between 28 days and three months.

“At the end of that job or shift when they download it onto the new devices we’ve got, they’ll tag it as to whether it’s evidence and what type of evidence it’s for.”

Police Minister Lisa Neville said the Latrobe Valley was one of 19 regional areas across the state with access to body-worn cameras.

“They have already led to quicker results through the courts and we expect these benefits will continue as they’re deployed to more and more frontline police.”