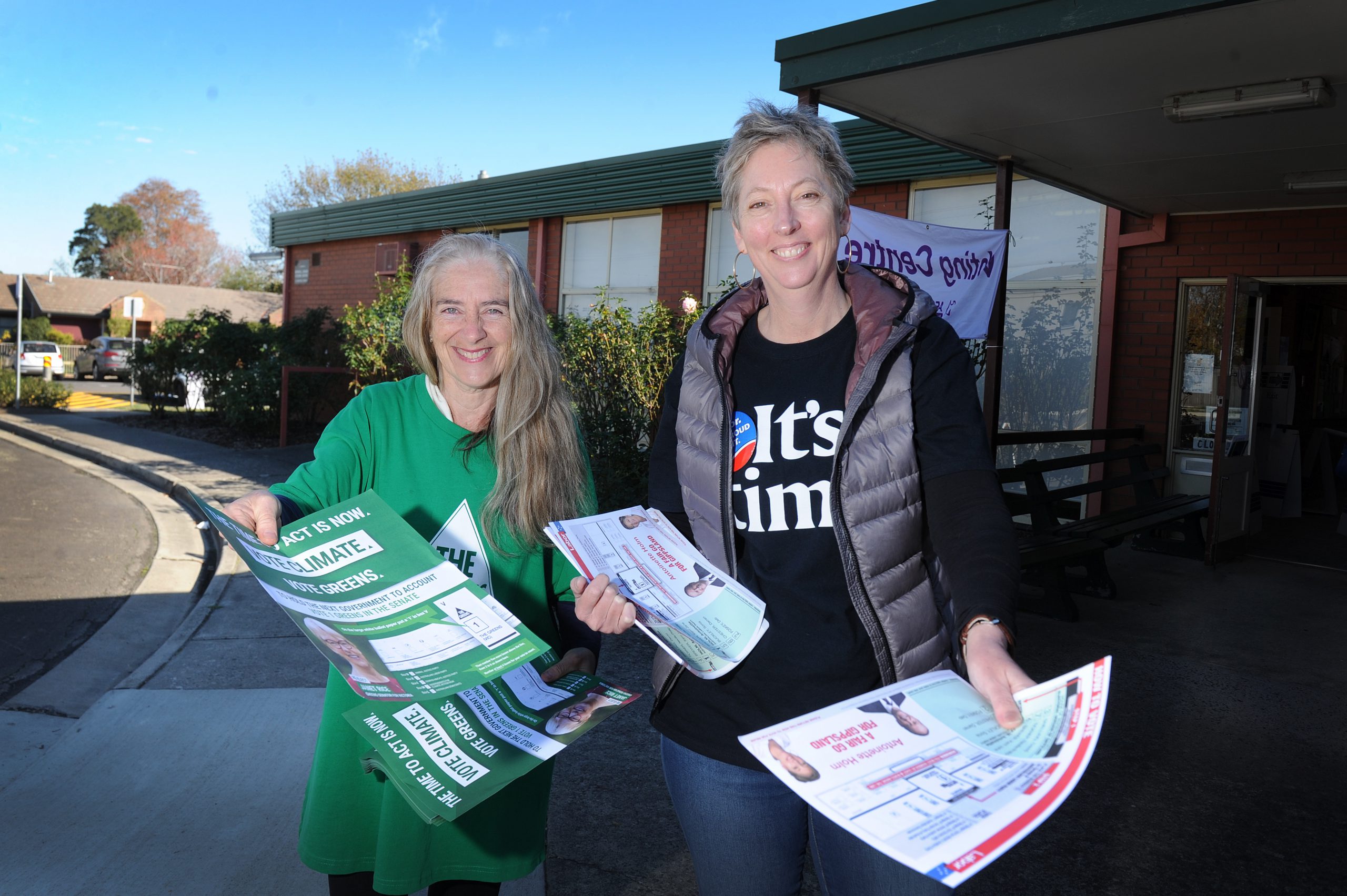 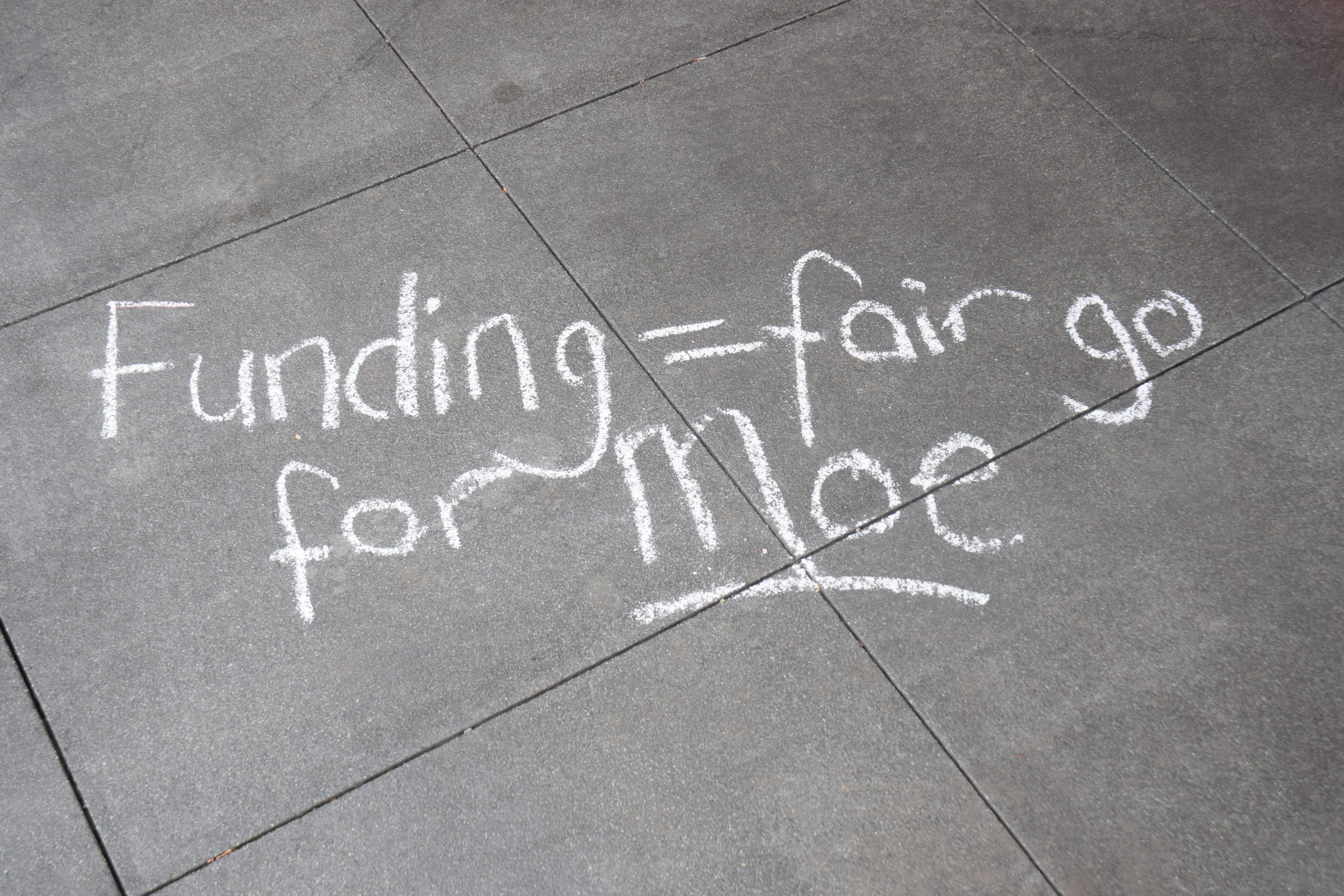 The 2019 federal election campaign will conclude tomorrow with no new Latrobe Valley-specific funding pledges from the Coalition and few from Labor.

Both Gippsland and Monash are considered safe seats, held by conservative incumbents, Darren Chester for the Nationals and Russell Broadbent for the Liberal Party.

However, the sitting members say they are taking nothing for granted and Labor, smaller parties and independents are hoping to at least make a dent in their margins.

ABC election analyst Antony Green characterises the Gippsland seat as ‘very safe’ with an 18.2 per cent margin, a slight drop from 18.4 per cent as a result of boundary changes which shifted the town of Yallourn North from the seat of Monash – formerly known as McMillan – to Gippsland.

A chart, ranking seats from most left or right-leaning, places Gippsland as the third most conservative seat in Victoria. The chart is based on data gathered from the ABC’s Vote Compass tool used by voters to help determine which party’s policies most align with their own values.

“I understand that I am the favourite to win the seat, but you don’t get to that position unless you work hard and have runs on the board in terms of things we’ve delivered,” Mr Chester said.

He cited the already-announced $8 million to fund a business case for fast rail between Traralgon and Melbourne, on top of $500 million the federal government has provided for upgrades to the Gippsland line, including the replacement of the Avon River bridge at Stratford.

“There’s no such thing as a safe seat in Australia,” Mr Chester said.

“I will never take the seat for granted and will remain focused on achieving results for the community.”

Mr Chester said he would continue to call on the state government to provide funding for the last two stages of the highway duplication between Sale and Traralgon. The federal government committed $132 million to fund the final stages.

As part of its education funding, Labor has pledged $25.4 million for public schools in Monash and $23.1 million for those in the seat of Gippsland.

It has also committed $3.48 million for Latrobe Regional Hospital and just under $1 million for Rosedale Community Health Centre.

“In practice there are a lot of people who are disappointed and unhappy and desperate and sad who are voting for positivity,” she said.

Mr Broadbent cited $800,000 previously secured for a redevelopment of netball courts and associated amenities at Moe, along with $1.1 million towards a facility for Moe’s Keenagers table tennis group. However, the project details are being worked through.

Mr Broadbent’s hopes have been bolstered by the boundary changes which included losing Pakenham voters and gaining sections of Westernport, bringing his margin up to 7.5 per cent from 6.0 per cent, according to Mr Green’s analysis.

No traction for Moe campaign

A direct campaign by Latrobe City Council to attract election pledges for stage two of Moe’s revitalisation has drawn no firm commitments from candidates.

The campaign called on community members to show their support for the project by signing a campaign postcard and sending it to Monash candidates or returning it to Latrobe City for distribution. It resulted in thousands of postcards sent.

Labor candidate for Monash, which takes in Moe, Jessica O’Donnell said while there was no specific funding commitment for the Moe project, she would “advocate strongly to see that project come to fruition” if elected.

Sitting member Russell Broadbent took a swipe at council, saying he had been encouraging Latrobe to put in an application to the Building Better Regions Fund.

“They want a last-minute election promise which was never going to happen. It should always be a partnership between local, state and federal governments.”

Mr Broadbent said he was “absolutely” supportive of the Moe project and committed to work with council to make an application to the fund.

“Everyone on all sides of politics have been briefed on this community’s real and pressing need for job creation and economic transition,” Cr Middlemiss said.

“After the election was called I offered the Monash candidates a project briefing. If they had any queries about the project they haven’t asked them, but my door remains open.

“The idea that there needs to be an application form completed before funds can be allocated just isn’t accurate.

“I am extremely disappointed that federal election candidates have ducked and dodged this issue with a range of evasive excuses while their parties are daily making billions of dollars’ worth of promises everywhere else in Australia.”

Climate change has been a focus of the election debate nationally, with the Greens planning to phase out coal-fired power generation and move to 100 per cent renewable energy, saying it could create 180,000 new jobs in the renewable energy sector.

“There’s so many more jobs in renewable energy than in coal mining and there are also more jobs in looking after forests than cutting it down,” Greens candidate for Gippsland Deb Foskey said.

Labor’s ‘Just Transition’ policy promises to establish a special authority to develop transition plans for coal communities to diversify their economies and to oversee pooled redundancy schemes. It would require large generators to give at least three years’ notice of pending closures.

Labor candidate for Monash, Jessica O’Donnell said the policy would not be a “broad brush approach”, rather localised for each coal region based on its needs.

Mr Chester said while there had been recent investment by all tiers of government in Latrobe Valley infrastructure projects, the next step was securing long-term jobs.

“I’m keen to see a commitment from all levels of government to protect jobs in our traditional industries but also find new opportunities,” Mr Chester said.

“I’m excited about the opportunities which lie ahead for the Latrobe Valley but I’m not trying to gloss over the challenges.”

For a compilation of questions put to all candidates by The Express during the campaign, visit latrobevalleyexpress.com.au for Monash and Gippsland candidate responses.