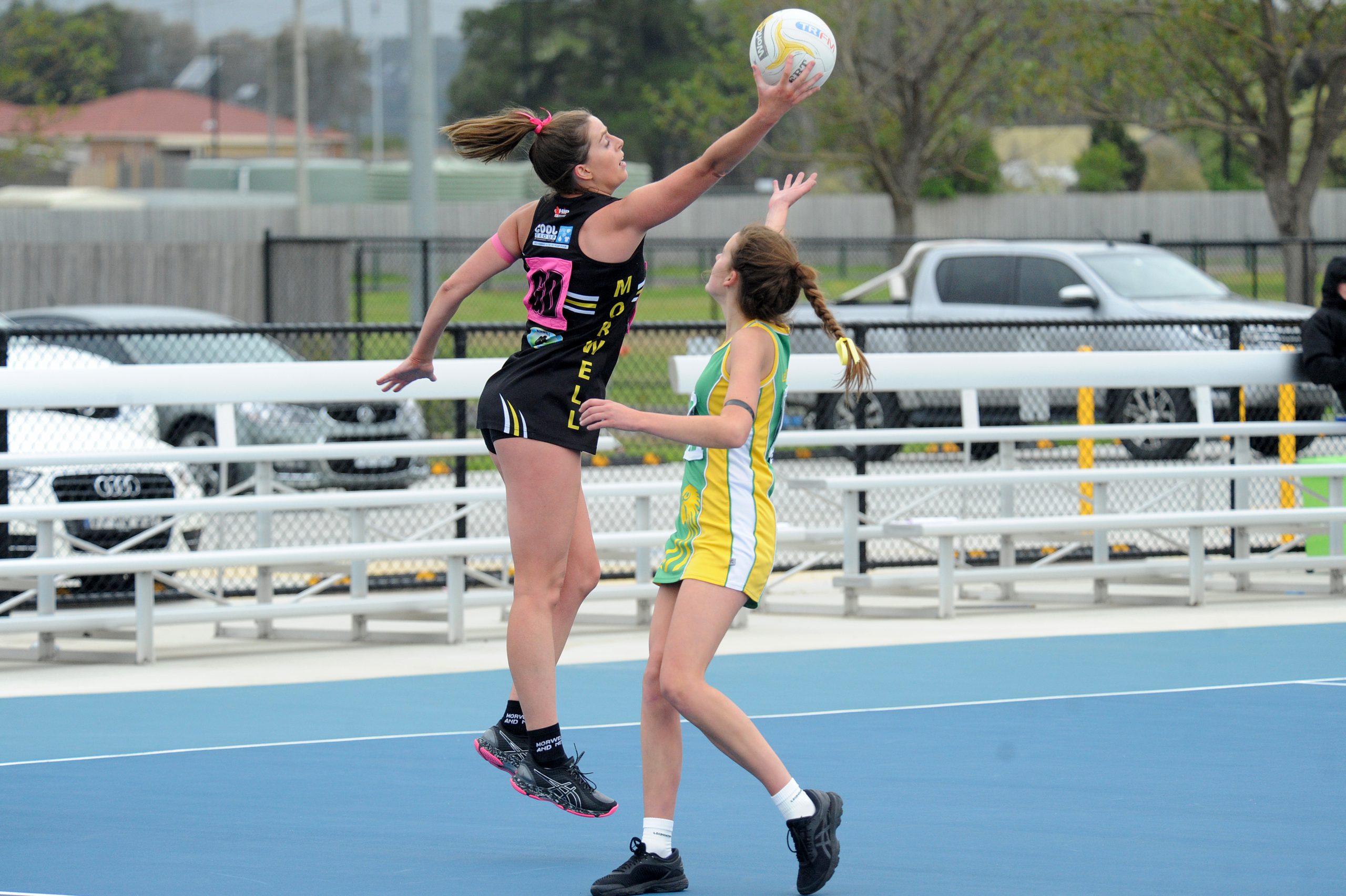 Morwell consolidated their spot atop the Gippsland league A grade netball ladder at the weekend with a clinical 28-goal win over Leongatha in a Pink Ribbon round fixture, 59-31.

The Tigers are one of three sides in the competition to make it through to round six undefeated, with Traralgon and Warragul snapping at their heels behind only on percentage.

Gun shooter Daisy Hill was again in scintillating form and scored 36 of the Tigers’ 59 goals while Claire Allison converted the other 23.

Former league best and fairest Courtney Garth was in typically dominant form and patrolled defence to appear among the best on court for the Tigers along with Thorpdale recruit Tanya Budge and fellow shooter Claire Allison.

Wonthaggi proved no match for powerhouses Traralgon at the weekend and were outmuscled 64-25.

Taylin Gourley proved a linchpin under goals, shooting a massive 44 of her side’s goals while Saskia Eenjes scored 12.

Ramayer Gourley served as a brick wall across and was among the best on court for the day, as was coach Caitlan Ponton and mid-courter Kate French.

Traralgon will face Bairnsdale after the interleague break and Wonthaggi will host Maffra.

Drouin held off a valiant Sale side in round five action at the weekend, edging away in the second half to record a four-goal win, 57-53.

Stacie and Kylie Proctor controlled the goals for the Hawks in the win, with Stacie scoring 40 and Kylie 17.

Hayley Castle and Jenny Wrigglesworth worked well for the Magpies in the narrow loss, scoring 27 and 20 goals, respectively.

Among the best players on court for the day were Stacie Proctor and Jenny Wrigglesworth.

Drouin sit in sixth spot on the Gippsland league A grade ladder after five rounds while Sale are in eighth with just one win to date.

The Magpies will take on defending premiers Moe in round six after the interleague break and Drouin will host Leongatha.

Young gun Myah Healey muscled her way around the goal circle all day and scored 34 of the Gulls’ goals while Jamie Rollinson netted 13.

For Maffra, Abbey Pleydell scored 16 goals and while Emma Allman was among the best on court, as was Healey for Warragul.

The Eagles will travel to take on Wonthaggi after the interleague break while Warragul will host Morwell in a battle of two undefeated sides.

Defending premiers Moe were back to their indomitable best in round five, easily accounting for Bairnsdale in a shooting bonanza, 70-29.

Goalers Bella Hodgson and Georgia Moody shared the load for the Lions, netting 37 and 32 goals, respectively.

Moody was also named among the best in a stellar game at goal attack while mid-courter Charlize Bird and defender Shannon Freeman were also standout performers.

The Lions will come up against Sale in round six and Bairnsdale will face Traralgon.