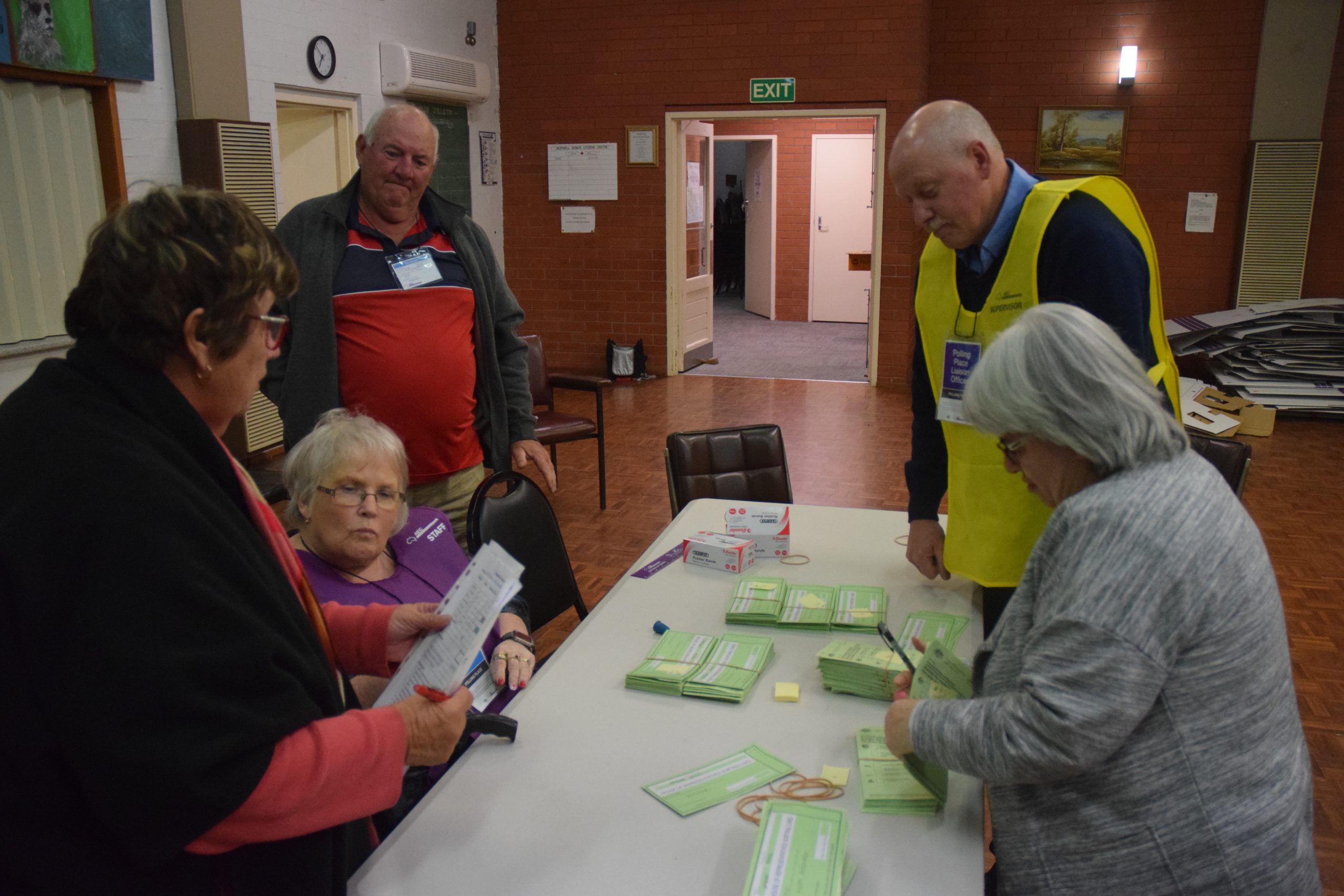 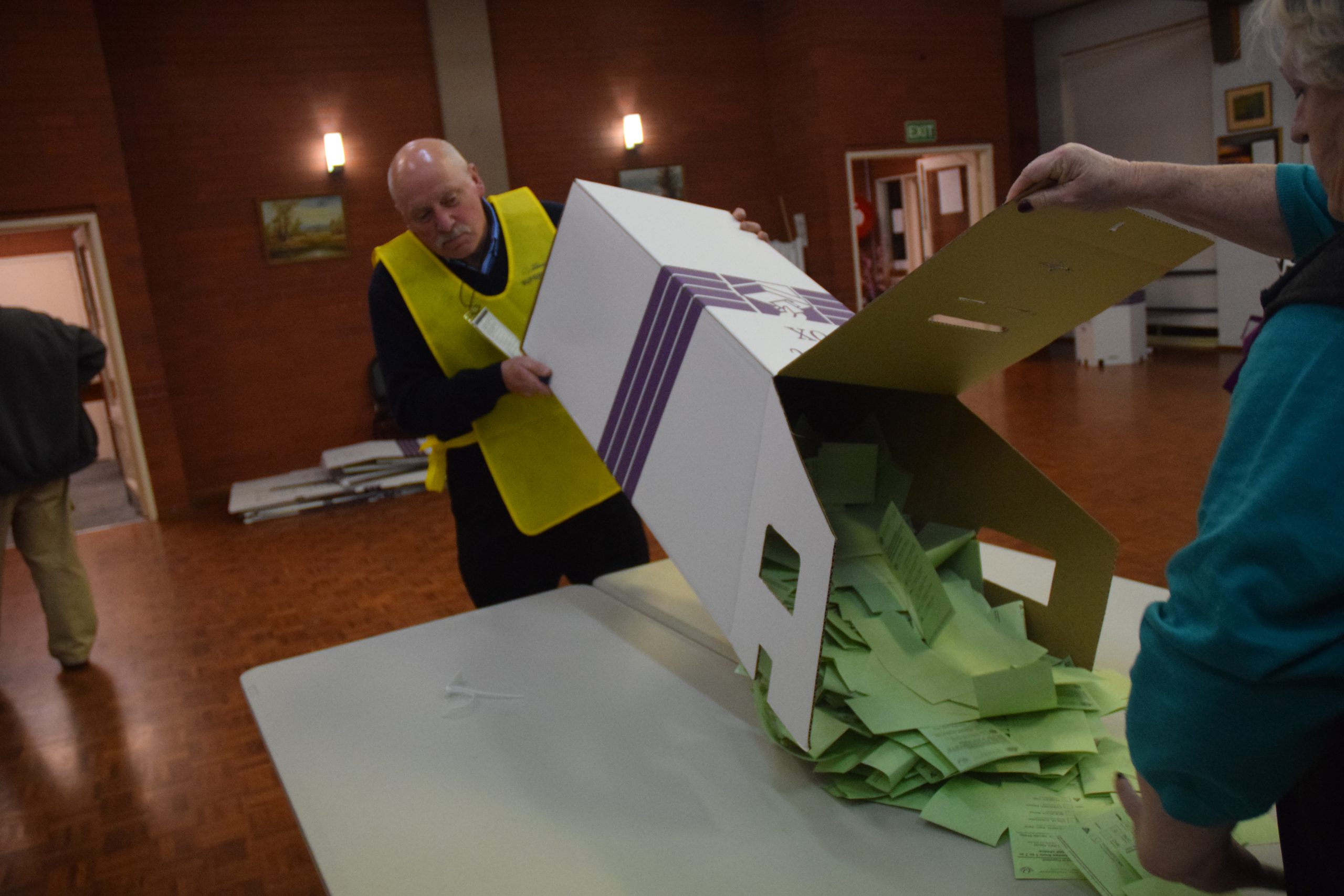 Re-elected Liberal member for Monash Russell Broadbent said Saturday’s result was a break-through for him in the Moe and Newborough area.

A jubilant Mr Broadbent celebrated a swing of almost 8 per cent on the two candidate preferred (TCP) vote across six polling booths in the two towns.

“I love Moe and Newborough and they love me,” he said.

“I’ve always said they love me but not voted for me. This time I’ve broken through and they’ve voted for me.”

Both Mr Broadbent and the re-elected Nationals member for Gippsland Darren Chester expected early primary vote swings against them would correct themselves as pre-poll votes are counted in the coming days.

Both also expressed surprise at the Coalition’s return to power as a third-term government.

“I thought it would be close,” Mr Chester said.

“I thought all the way through the last three months the polls did not indicate what was happening on the ground but I also thought it would be very hard for us to get a majority in our own right.”

Meanwhile, Mr Broadbent said he felt a change in his electorate in the last two weeks but he couldn’t tell what it was.

“I was totally surprised,” he said.

On Sunday Mr Chester said it was “an extraordinary honour and a great privilege to be elected for the fifth time to be the member for Gippsland.”

He thanked the people of Gippsland but said his work would start now.

“We have to work together to deliver great things for Gippsland. One of the things Gippslanders want is that highway duplication. There $132 million of federal funding on the table just waiting for Daniel Andrews to find $33 million to finish the job.”

Mr Chester, who is also deputy leader of the House, Minister

Labor candidate for Monash Jessica O’Donnell said it was “obviously not the result we were after” as she congratulated Mr Broadbent.

However, she said the increased primary vote, a swing of 2.93 per cent as at Sunday, was a good result for the party.

Ms O’Donnell said she had worked hard for eight months speaking to many people and listening to their concerns and she would put her hand up for pre-selection in the future.

Her immediate concern was returning to her duties as a Baw Baw Shire councillor and preparing for this week’s council meeting.

Greens candidate for Monash William Hornstra said he felt positive about his personal results when measured against last year’s state election, even though there was swing of 3.5 per cent against his party in the seat on Saturday.

He said he was “quite surprised” by the national outcome and would be watching the make up of the Senate closely.

Mr Hornstra did not rule out seeking Greens’ pre-selection in future elections and said a run for Latrobe City Council could also be on the cards.

ALP candidate for Gippsland Antoinette Holm was “really pleased” saying she had achieved her goals for the campaign and thanked her many supporters.

“We dominated those poll booths. We had everyone there for three long, gruelling weeks,” Ms Holm said.

“My heart is so full for all of those people who have been out doing that. We captured every vote we could and we gave people the confidence to vote Labor if that’s what they wanted to do.”

This morning with 82.72 per cent of the vote counted for the seat of Gippsland, Mr Chester led the TCP with 68.21 per cent compared to Labor’s Antoinette Holm with 32.75 per cent. This represented a swing of slightly less than 1 per cent against Mr Chester from the 2016 result.

David Snelling of the Shooters, Fishers and Farmers had 6.90 per cent of the primary vote, Deb Foskey of The Greens (Vic) was on 5.58 per cent, a swing away of 2.25 per cent, followed by Kerri Brewer of the United Australia Party (4.36), independent Sonia Buckley (3.05) and Neville Tickner of Fraser Anning’s Conservative National Party (2.09).

Most booths in Gippsland had returned first preference and TCP results by 8.30pm with some as early as 6.40pm.

In Monash on Monday morning, Russell Broadbent held 57.51 percent of the TCP with 79.6 per cent of votes counted.

He was ahead on primary votes with 46.57 per cent, a swing of 3.29 per cent against him but which he expected to self-correct as pre-poll and absentee votes were counted.

The earliest return was from the south Gippsland booth of Mt Eccles where the 159 votes cast there had been counted by 6.27pm.