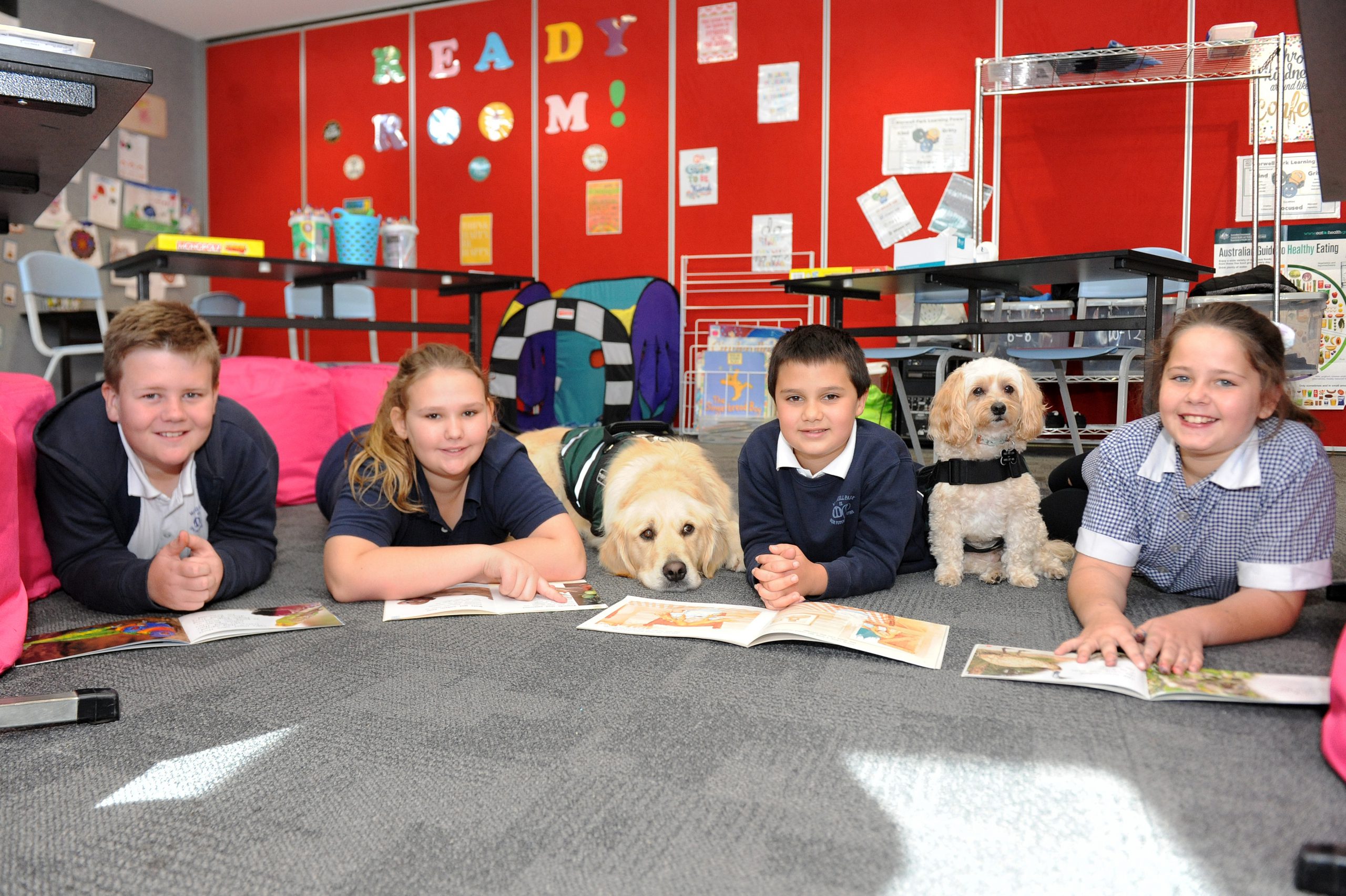 It would seem some schools in the Latrobe Valley have gone to the dogs but not in the traditional, negative sense of the phrase.

Morwell Park Primary and Flexible Learning Option in Morwell have joined a growing trend in which therapy dogs are employed to assist students in regulating their emotions to focus on their studies.

The training was funded by the Latrobe Health Assembly.

Evie and Lloyd have been at Morwell Park for less than a week, however, their handlers, teachers Ms Evenden and Ms McMillan, said it had been amazing to watch how intuitive the dogs were to students’ emotions.

“We have a lot of students with social and emotional anxieties and issues with anger problems,” Ms McMillan said.

“We’ve already seen improvements – it has had a very calming effect on the kids.”

Ms Evenden said the dogs could pick up on students’ emotions sometimes not even detected by other people.

“Floyd sat down and leaned on one of our students that has trouble with anger issues,” she said.

“Of all the children, [Floyd] chose to sit next to that child.”

Five-month-old border collie Roxy has been at FLO since March.

Her handler Ms Sandy, who is a wellbeing counsellor at the school, has wanted to introduce therapy dogs into schools for a number of years and was excited to have the opportunity to do so at FLO.

“She is just making such a difference to the kids,” she said.

“We had a boy crying on the floor the other day, and she came and put her paw on his shoulders and sat with him.”

Ms Sandy said there was a lot of evidence demonstrating the benefits of having animals, particularly dogs, in schools.

“We’ve involved the kids in what she has been trained in and we’ve been teaching them to learn dog language, and look for their signs – it has been such a valuable learning tool,” she said.

“It is helping to break down barriers with families.”

Ms Sandy said people often felt relaxed with dogs, as they “don’t feel they have to put on airs, they can be themselves”.