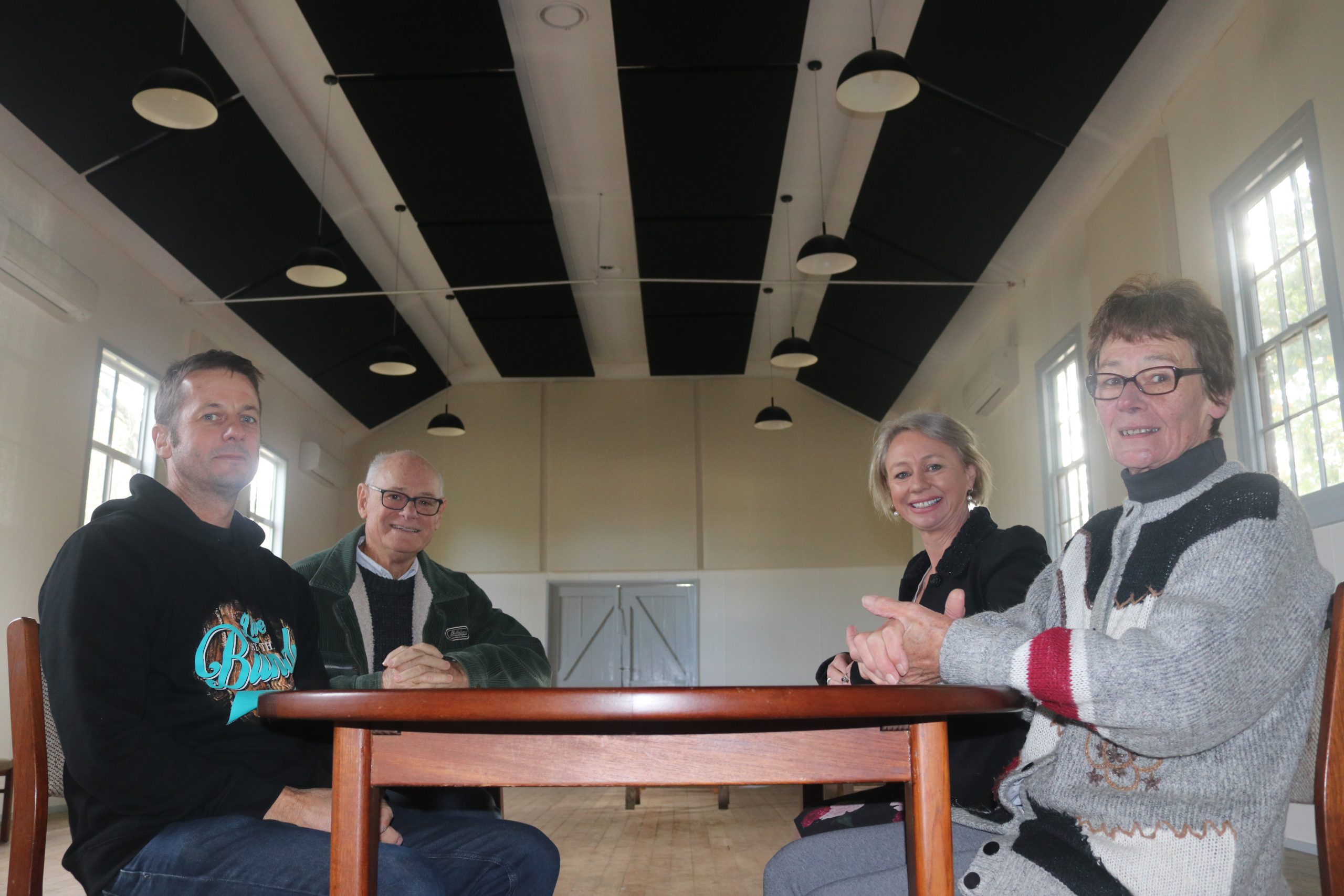 The Budgeree Hall could become a live music hub following an acoustic revamp that has transformed it from a loud echo chamber into a cosy and intimate space.

The upgrade was done by Gippsland sound experts Paul Versteden and John Burnett who run gigs at the Bundy Hall at Bundalaguah by installing sound absorption panels on the ceiling and walls.

The panels have reduced the room’s reverberation to less than half-a-second from a three-second echo, and was paid for with Latrobe Valley Authority funding.

Budgeree Hall committee member Adria Turner said the venue was previously so noisy that people had to go outside in order to hear each other’s conversations.

“We didn’t realise how bad it was. You can really notice the difference. It was so uncomfortable that people had to escape outside,” Ms Turner said.

She said the committee had already been approached by a few bands to play gigs there and was talking with the Boolarra Folk Festival to possibly include the hall as a venue.

Mr Versteden said he had already worked on the Bundalaguah, Newry, Heyfield and Birregurra halls and hoped Budgeree could become part of a live music trail from country hall to hall.

“Live music saved the Bundy hall. It gave people in our region something they never had before in the community and it’s powered by the community. It’s all about the music,” he said.

“Many people make the mistake of not putting enough material in the room but we’ve done enough halls to get the percentage right and make the hall acoustically-comfortable for all types of events.”

The Budgeree Hall committee is now working to sound-proof the kitchen, build a stage and PA system, as well as polish the hall floorboards, build an outdoor deck and apply a coat of external paint.