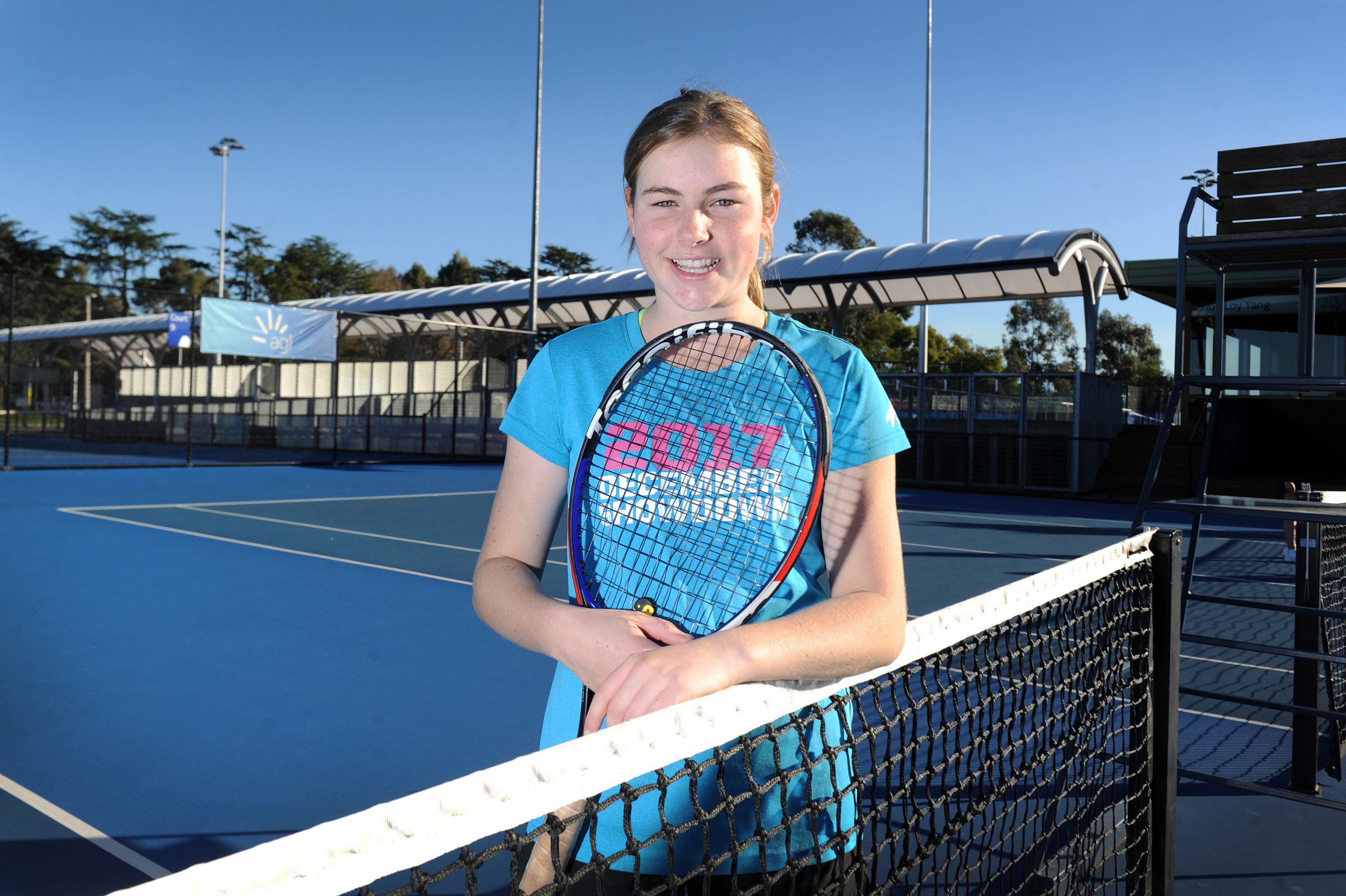 She took the Dendy Park Tennis Academy 14s by storm, taking out both the singles and doubles championships in emphatic fashion.

The number one seed dropped just 10 games on her way to a semi-final clash with friend and Traralgon club mate Chelsea Elliott, where the first set went to a tie-break before Eliza took the second 6-0 to move through to the decider.

Despite overcoming sixth seed Tejsavi Dabas for the first time to clinch the championship, Eliza modestly assessed her performance at the tournament as “all right”.

Away from the comfort of the hard courts at Traralgon, the Lavalla Catholic College student had to quickly adjust to the clay at Dendy Park.

“The first couple of matches I just tried to adjust to the surface with my timing and everything of the ball because it’s very different to hard court,” Eliza said.

“As the tournament got on the matches got a lot harder, progressively harder, which was a good thing I think.

“‘It really prepared me for a really hard final. I played a girl I’d never [beat] before and I’d always wanted to beat her but the last couple of times she [beat] me pretty convincingly.”

To top off the tournament, Eliza and friend Chelsea Elliott – who she earlier fended off in the semi-final – took out the doubles title in a super tiebreak thriller.

“We won the doubles in a pretty tight match where we had to save a couple of match points in the final,” she said.

“It ended up going to a super tiebreak where we were 9-7 down and it was first to 10.

“”We got there eventually … I’m not really sure how but we played pretty solid.”