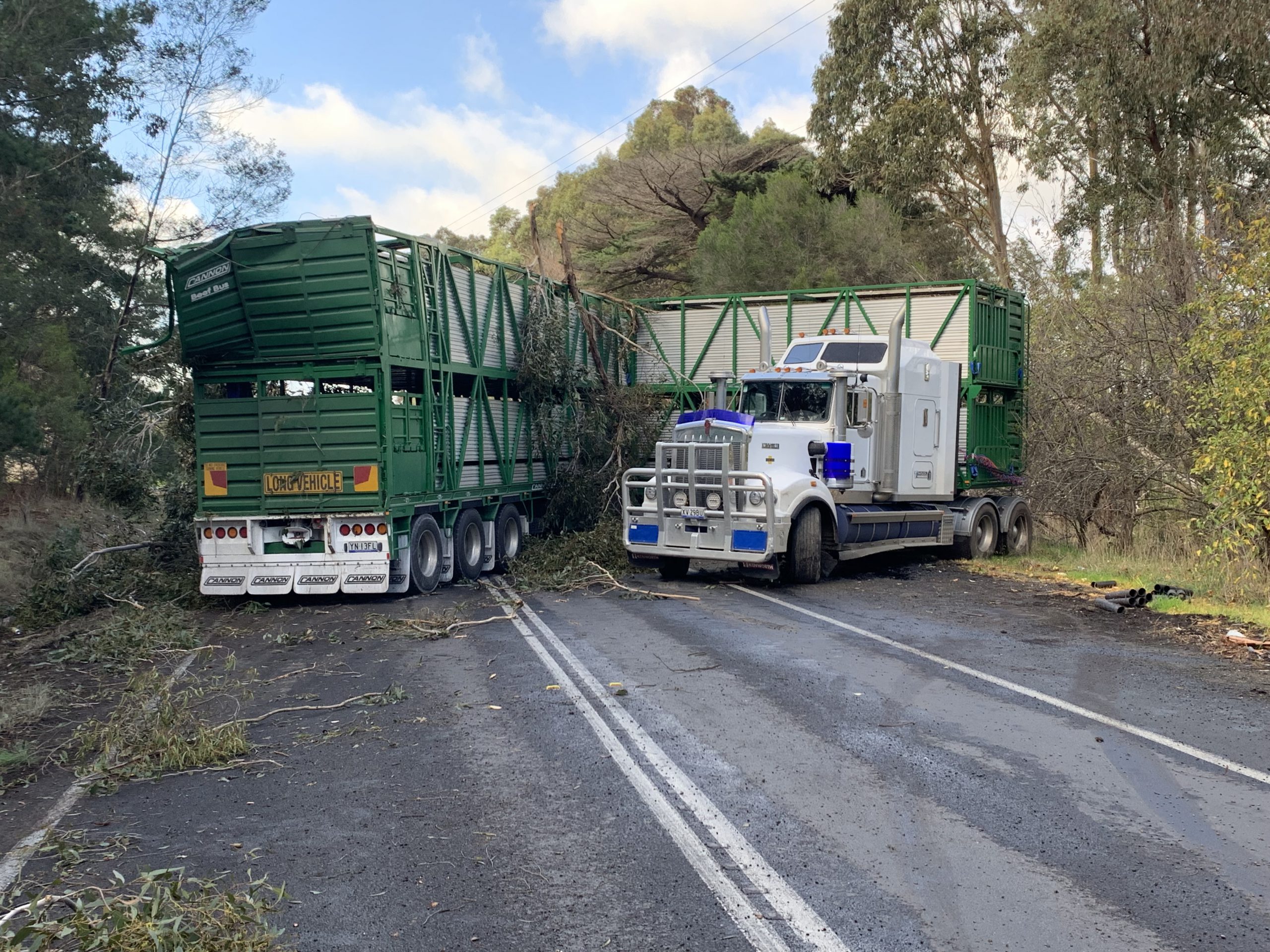 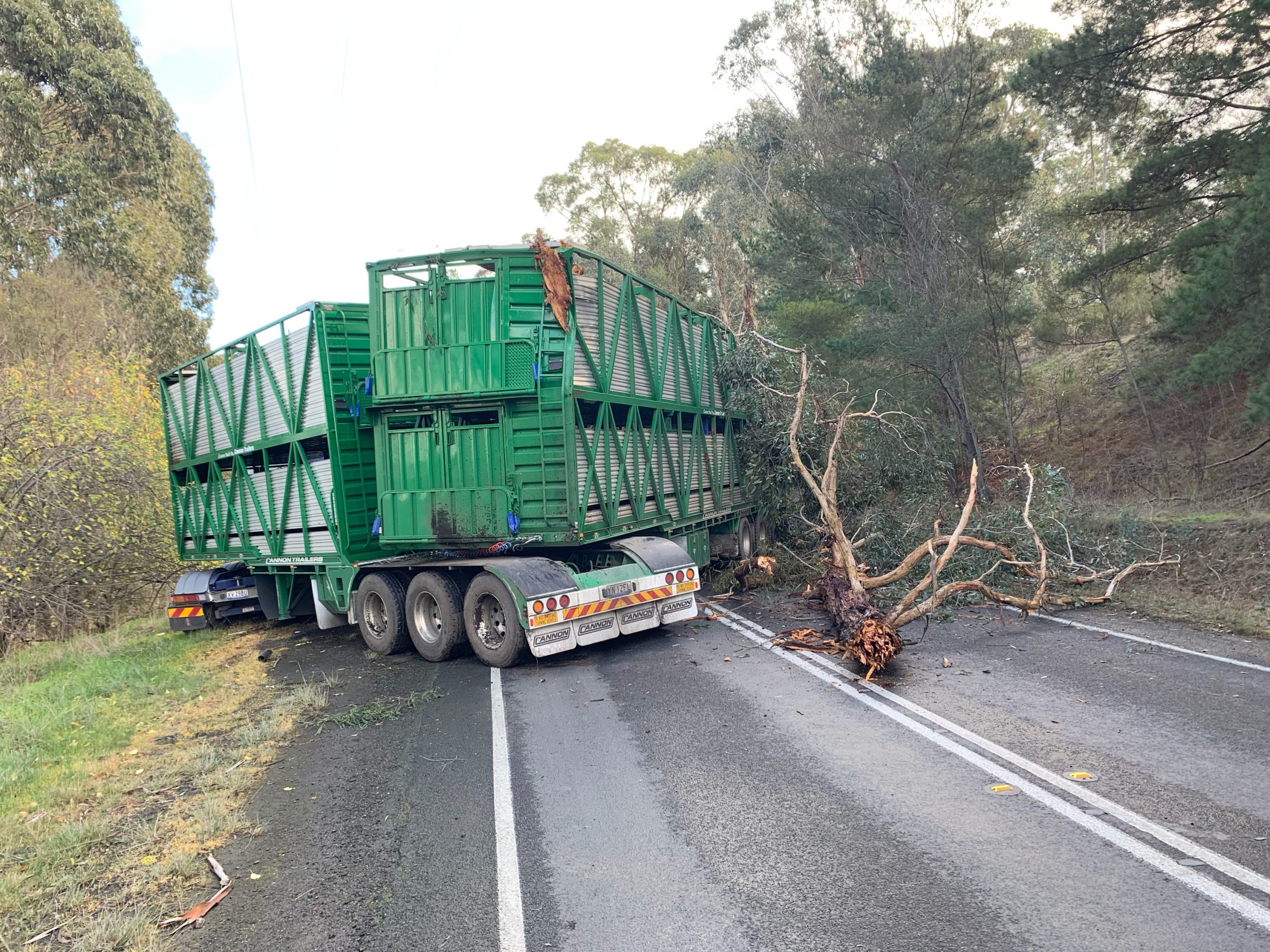 A truck driver had a lucky escape when his B double jack-knifed on Brown Coalmine Road at Yallourn North on Wednesday morning.

Police said the driver, in his mid-20s, pulled over to the side the road to let another truck pass him in the opposite direction.

“The rear trailer made contact with the left-hand-side shoulder which caused the vehicle to lose control and jackknife on the road,” Moe First Constable Mick Gauci said.

Brown Coalmine Road was shut for about five hours while heavy haulage was called in from east Gippsland and Melbourne to help with the recovery.

Police said investigations into the collision were ongoing, however, urged motorists to take care on the roads.

“It’s important drivers drive to the conditions on the road. It was a bit wet on Wednesday so we ask people slow down,” First Constable Gauci said.

Investigators said the stock crate was empty during the incident and the driver was not injured.