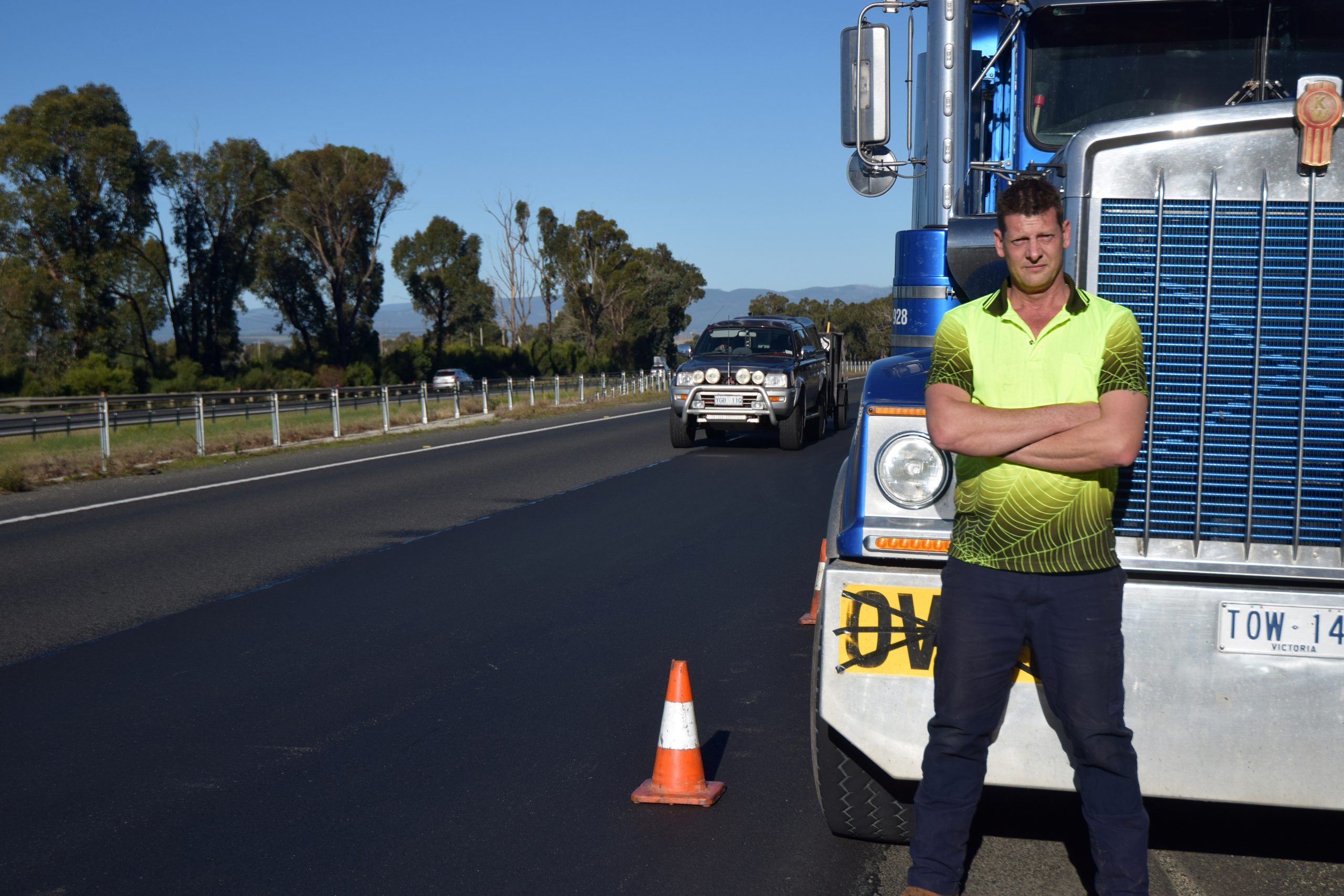 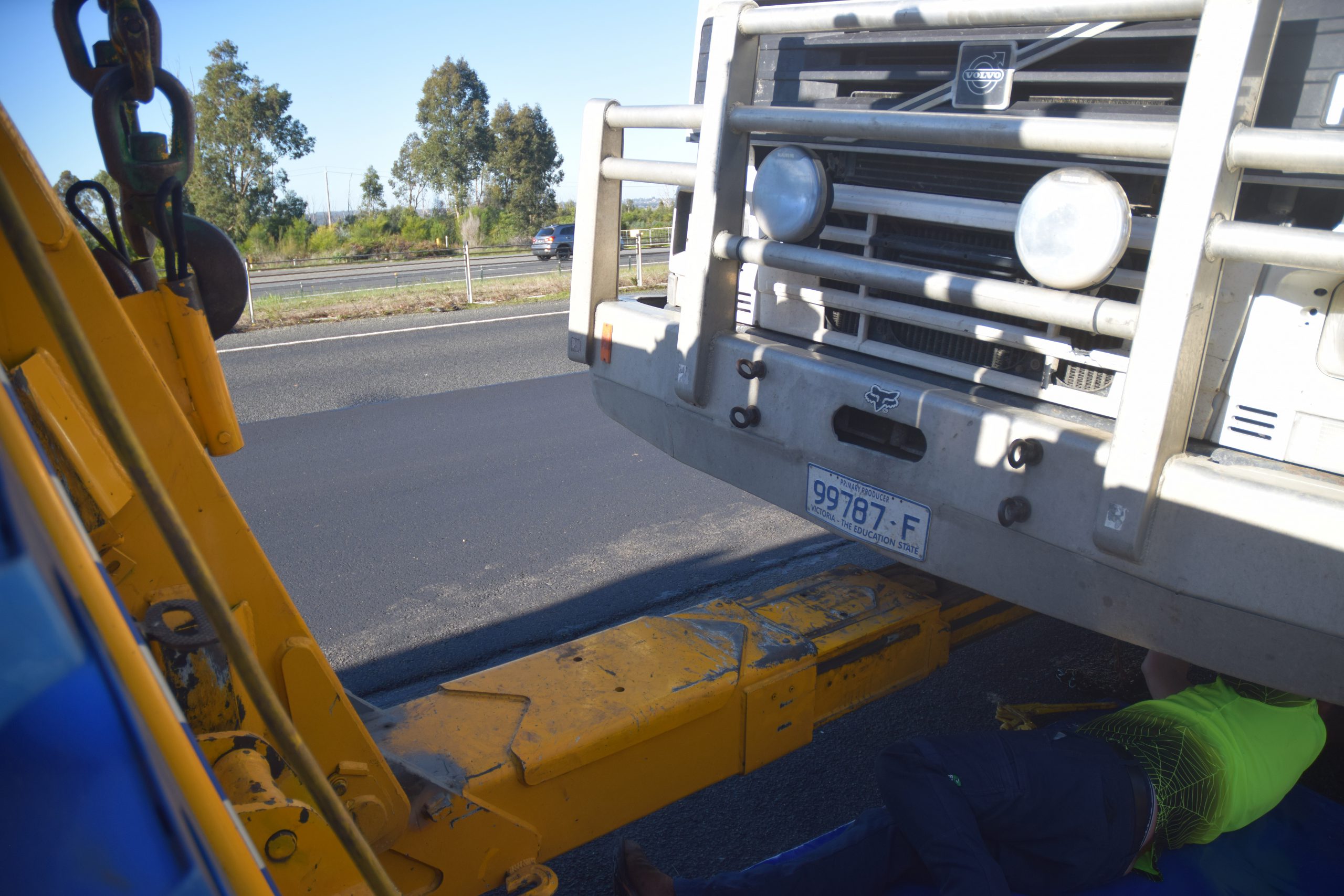 A Gippsland tow truck operator is calling for a more realistic approach during the implementation of highway safety barriers, claiming he is at risk of being killed following a number of near misses on the Princes Freeway.

Scott Goldsack, 46, who operates Gippsland Heavy Towing, said the placement of safety barriers along parts of the Princes Freeway made it “almost impossible” to recover other large vehicles such as semis and prime movers.

Mr Goldsack said the barriers, particularly between Traralgon and Moe, had prevented him from accessing the left-hand side of his truck and in some cases, he had been forced to lie under trucks within a metre of vehicles passing him at 110km/h.

He recalled an incident shortly after the 40km/h law when passing emergency vehicles with their lights flashing was introduced in July 2017 when drivers became confused, causing a three-car collision.

“I was under the truck and got covered in glass,” Mr Goldsack said.

“I think the barriers are a good thing but for me they’ve made my job 100 times more dangerous.”

Mr Goldsack urged the government to take a more considered approach when installing safety barriers across the state.

“When I come along I have to back up square to that truck to be able to lift it up, recover it and tow it away,” Mr Goldsack, who has been a tow truck operator for seven years, said.

“But because of the safety barriers, all my tools, equipment and the controls located on the left-hand side of the truck become inaccessible.”

Regional Roads Victoria said, where possible, a four-metre offset distance had been provided between the left-hand-side safety barriers and the traffic lane.

However, it was not always possible due to factors including road formation, drains, topography, RRV said.

“The safety of everyone on our roads is of paramount importance. This includes tow truck drivers who play an important role when incidents occur on our roads,” Regional Roads Victoria regional director eastern Sara Rhodes-Ward said.

“This section of the Princes Highway [near Hernes Oak] was previously one of the highest-risk roads in the state which is why we’ve installed new flexible safety barriers to prevent serious crashes.

“Drivers in passing vehicles can also do their part by being cautious, moving to a lane further away when it’s safe to do so, and slowing to a safe speed when there are people on the roadside next to a stationary vehicle, regardless of the circumstances.”

But Mr Goldsack said the government should go a step further by implementing a “slow down and move over rule” for tow trucks similar to legislation in the United States.

“We just want a bit more room and for these people implementing the safety barriers to be a bit more realistic because my life is at risk if I have to hook up a truck where there’s no room,” Mr Goldsack said.

Regional Roads Victoria said recent patching works on the Princes Highway meant there were some “low-risk sections of road currently without line marking” and urged motorists to take care.