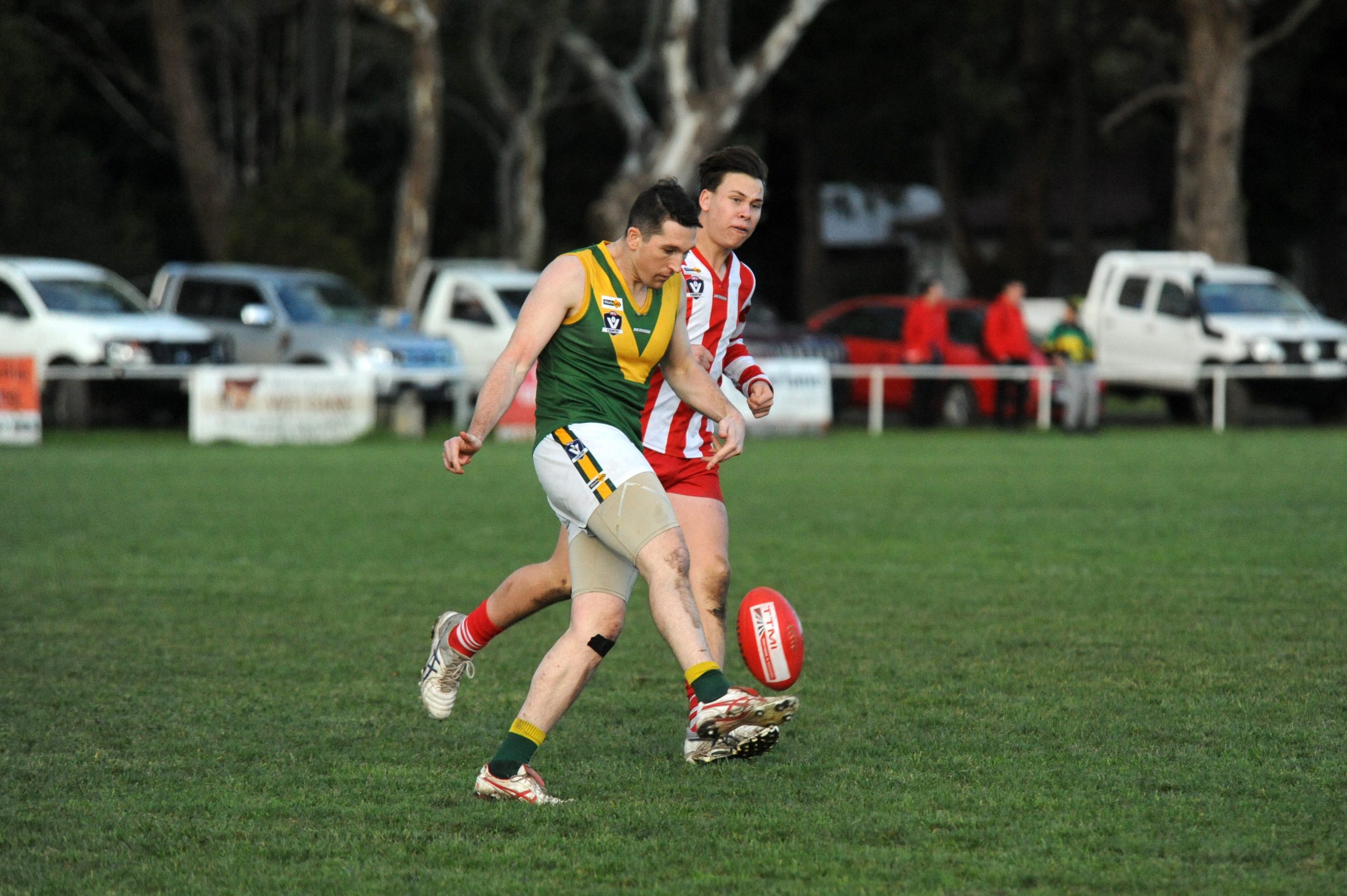 At the first break, the eight-point margin favouring the visitors didn’t truly reflect the problems the Bloods were to face.

The league’s most improved team started to turn the screws in the next hour, leading by more than three goals at the main break before a match-winning lead at the final break of 46 points.

“Hill End were much too good, improved across the board [and] they were harder at the ball and every player is playing their assigned role with confidence and passion,” Trafalgar coach Clint Einsiedel said.

“We are simply too inconsistent and having a big issue in winning contested possessions. We have a younger batch showing a bit [but] we need a big turn around to win the last six to make [finals].”

Hill End coach Mike Santo was already on a high after the birth of his first child during the week and the Rovers’ big win signaled some more good news.

“We endured the Bloods physicality early and our smaller faster bodies opened the game up after half-time,” Santo said.

The enormity of the occasion wasn’t lost on either side, with a genuine arm wrestle of a match unfolding from the first bounce.

The fact that there was just the one kick separating the two sides at each of the first three quarters was proof enough that the final siren might be the only thing to confirm the winner.

Trailing by five points with 30 minutes to go, it was the Tigers who found a way to reach a lead, peppering their goals with some desperate passages of play in front of an enthusiastic home crowd to give the Mirboo North boys a 12-point advantage when it really counted.

“We lost our centre half-back, ruck and full forward in the first 10 minutes of the game. With no bench, and key forwards out of the game, we were undermanned,” Tigers coach Josh Taylor said.

“All the boys showed what the club is all about and that’s heart. They … got themselves back in the game and got the job done.”

The win almost certainly locks away a top-three spot for Mirboo North and leaves Yinnar in fifth.

It took Yallourn-Yallourn North a while to blow the cobwebs out but when they did it was all one-way traffic with a comfortable victory over Newborough on Saturday, 20.15 (135) to 7.2 (44).

Keenan Hughes and Dean MacDonald held up their end of the bargain, finishing the day with seven and six goals, respectively.

However, the bags from Hughes and MacDonald were not a true reflection of just how hard the young Bulldogs made them work.

“Without getting the points I’m pleased we are getting improvement in so many areas. We do have 21 players that are willing to compete and bring their best every week,” Newborough coach Dean Caldow said.

The Bombers’ control of the game early was impressive, as was their conversion, kicking 13 goals from 18 attempts in one of their most accurate displays of the season.

“We kicked well early then as the match progressed we started rushing everything. The boys were a bit flat so there is plenty to work on, but to Newborough’s credit they controlled the ball pretty well after half-time,” Bombers coach Barrie Burnett said.

“The plan for this week was to experiment with our depth and challenge the group with some statistical challenges,” Morwell East coach Devon Soutar said.

“There were some lapses and inaccuracy turned it into a bit of a grind but we will take the win and get set to go again.”