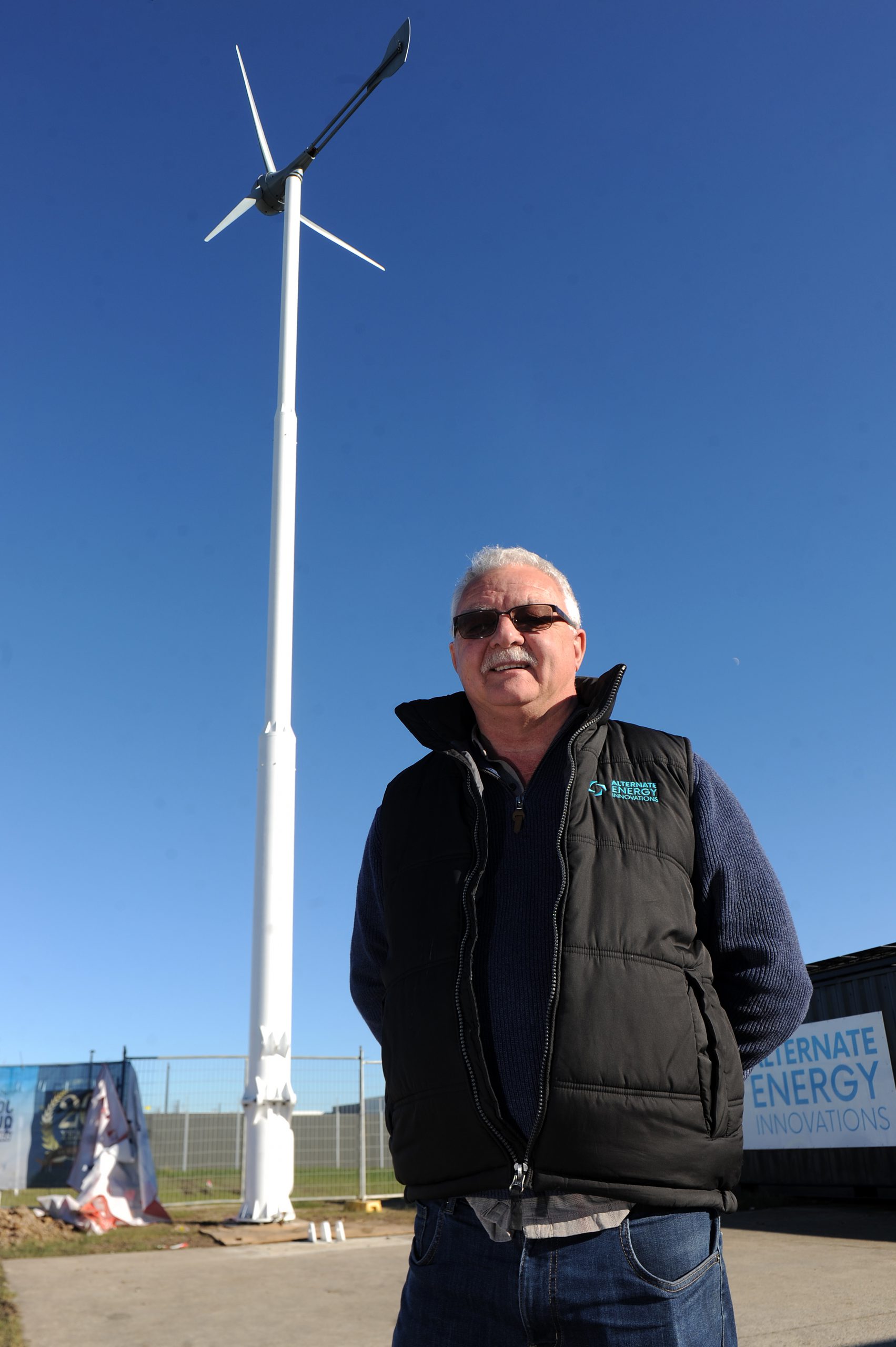 A new wind turbine is now standing tall on Saskia Way in Morwell.

The 18-metre-high, five-kilowatt demonstration turbine is helping to power the Alternate Energy Innovations workshop, which is in the process of developing alternative energy systems for farms.

Engineering manager Steven Soutar said the new turbine had been sparking a lot of interest from passers-by.

“We have plenty of interest from people. Everyone who drives past notices it. It’s something different for the Valley,” Mr Soutar said.

“We want to promote Gippsland as being a hub for alternate energy.”

The turbine was erected thanks to a share in a $160,000 grant from the state government’s Latrobe Valley New Energy Fund announced last year.

“By having this turbine on site, we can look at how it creates power and then we can work out how we use a variable energy source for something in constant use, like a pump,” he said.

Mr Soutar said the turbine was the first of its kind in Morwell, but there was another one in Newcastle and 2000 others of the same type in use around the world.

He said a big brother 15-kilowatt turbine would be used to develop a trial to take power in and out of multiple metres on the same site.

“We have approval from AusNet to run a trail, and we will do some special work with a retailer to apply this to multiple farms,” Mr Soutar said.