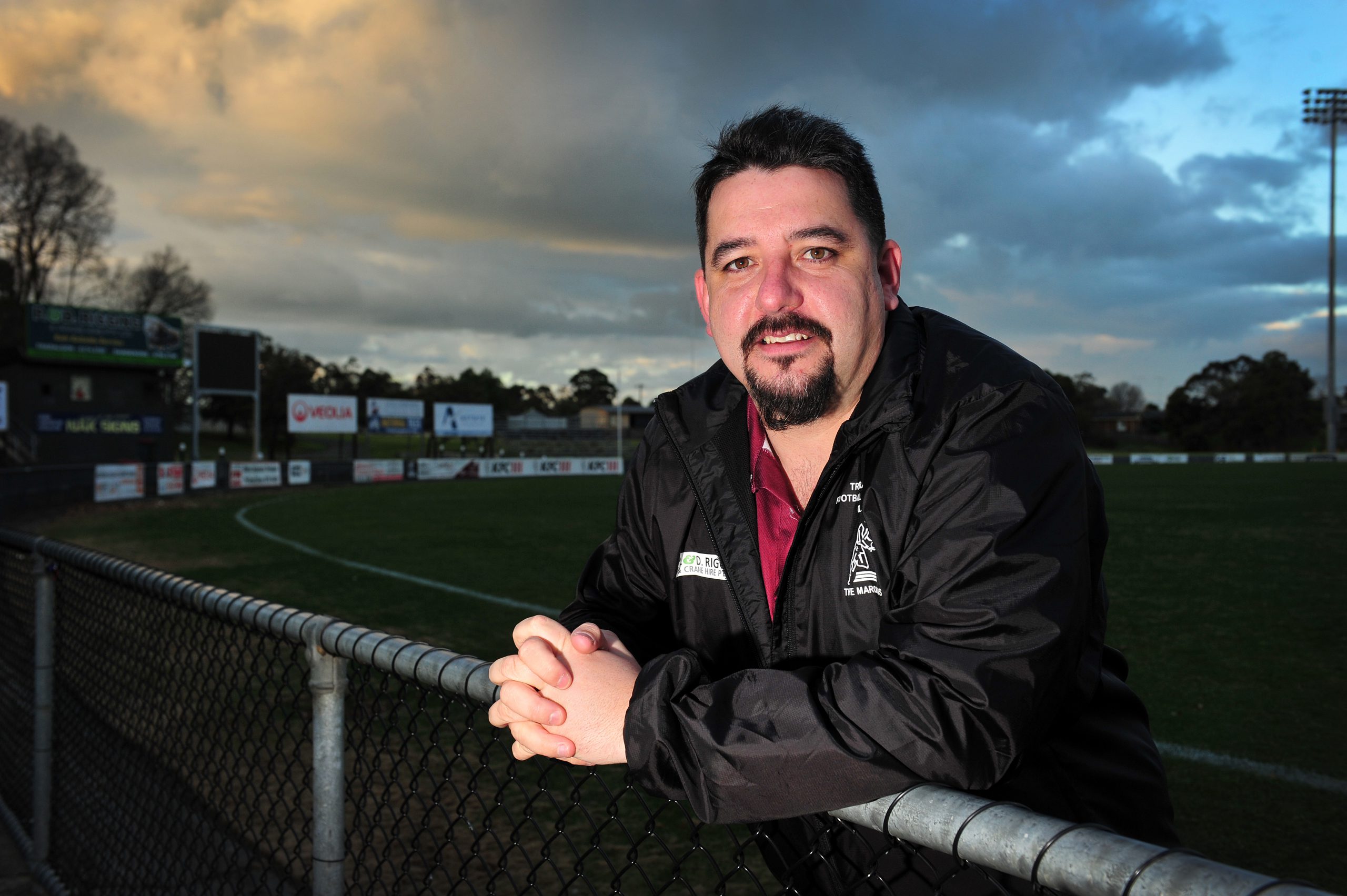 Mid-way through the 2019 season and Traralgon’s first-year senior coach Tim McGibney has already earned the vote as the best man to lead the Maroons into next season.

The Maroons, with three wins and eight losses for the season to-date, showed their faith in McGibney’s methods this week by re-signing him for a second season at the helm.

Traralgon president Andrew Livingstone admitted that while the senior side’s win-loss ratio wasn’t ideal, the young list had shown more than enough to spread confidence across the club under McGibney’s lead.

“His personal skills and communication are second to none and not just with the playing group but across the club and we’ve had good feedback from the leadership and playing group and sponsors alike.”

The Maroons’ reserves are in second spot on the ladder and their under 18s on top and Livingstone believes the depth in rising talent bodes well for the club’s future.

“We’ve played 36 players through the seniors this year which is very high, and most have been kids, so we feel it really holds us in good stead,” he said.

“Ewan Williams has been a fantastic inside-mid and is coming along really well and so is Conor Little in his second full year … Will Broadbent in the ruck is pretty raw but has developed so much this season; he’s been thrown in at 19 as our number one ruckman, so his learning curve has been steep.

“We’ve only been beaten by a kick in four games so we want to finish strong but we’re really happy with where things are going.”

McGibney’s holistic approach to coaching has earned him plaudits from everyone at Traralgon and he said the early re-signing was “a good show of faith”.

“Getting people to enjoy their footy again has been a big priority for me and I think every player on our list is enjoying the environment.”

The Drouin resident said the changes to the list from 2018 had been “huge” and “challenging” but maintained that’s what he has enjoyed most in his maiden season with the Maroons.

“It’s been challenging but fun. The win-loss isn’t where we’d like from a success point of view but given the current crop it’s a very good standard of football to be running out with a team of 22-year-olds,” he said.

“There’s a large group of them around that age group … some are playing key positions against some of the league’s best players and these young kids are playing out of their skin and above the level most teams would expect.”

McGibney admitted making finals this year might be a bridge too far for the young senior side but said ensuring all 49 listed players enjoyed their footy enough to hang around was top priority.

“It’s going to be really hard to play finals but let’s not drop away too much and let’s continue to enjoy our footy,” he said.

“Traralgon has been successful for a very long time and demands results and while the win-loss hasn’t been there I’ve enjoyed in year one getting to know the playing group and understand how they need to be coached and where their strengths and weaknesses are.

“We’re going to be aggressive with our recruiting and we’re going to have a clear focus on bringing Traralgon people back to Traralgon.”