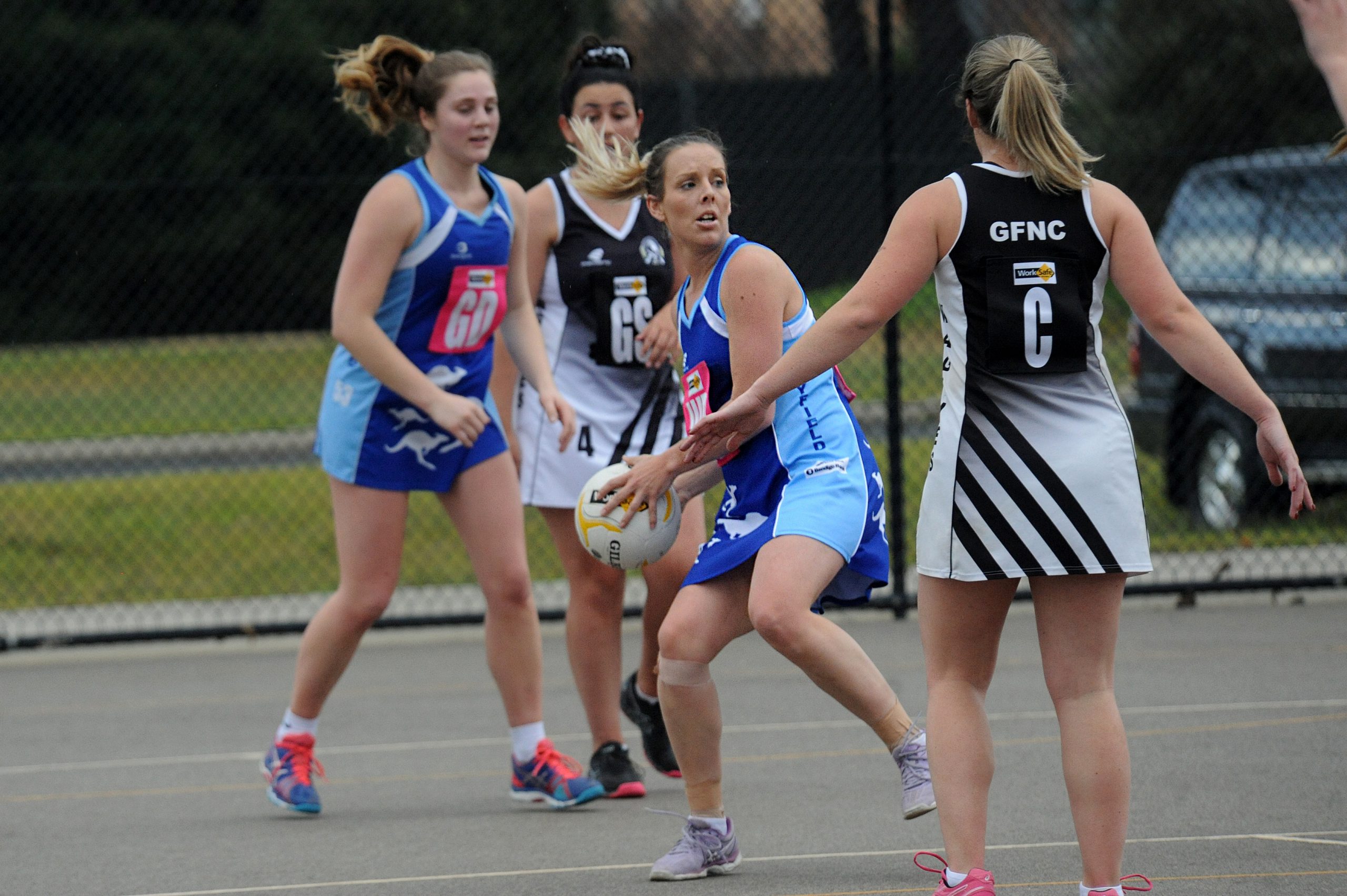 A spot in the top five could be up for grabs this weekend when Cowwarr host Yarram in round 12 North Gippsland league A grade action.

Cowwarr sit in seventh spot on the ladder while Yarram are in sixth, both a game off the pace of Glengarry in fifth.

Yarram coach Stacee Staley said her Demons were keen to return to the winner’s list after a tight loss to Woodside at the weekend.

“It was a very close game all the way through. Finding it hard to match the height of Woodside, unfortunately we couldn’t close the gap and lost the game by eight goals,” Staley said.

“Another exceptional game by new junior player Taylah Buckley and solid shooting by Sammy King kept us in the game.

“We will regroup and take the positives out of this game and convert these on Saturday against Cowwarr.”

Staley said the Saints were “always a tough side” to match up against with “height on their side”, however, she took confidence from their earlier season encounter with Cowwarr.

“We won the first game this year so hoping to get a win again to keep us a chance for finals,” she said.

Still without a win to their name in season 2019, Gormandale coach Lorelle Nolan said her A grade charges were making strides towards notching some premiership points.

The Tigers went down to ladder leaders’ Rosedale by 25 goals at the weekend in a “better day out than expected” after going down by “near double that in the first round”.

“We’ve been putting in a lot of effort at training and Saturday that showed on the court,” Nolan said.

This weekend the Tigers take on top-five side Glengarry, fresh off a confidence-boosting win over Heyfield in round 11.

Magpies coach Emily Whitty said her side put in “a brilliant team effort” on Saturday.

“Tayla Gatt was fantastic in the goal circle with her accurate shooting, earning her a best on court,” Whitty said.

“Elise Sertori was also among the best with some impressive drives and feeds into the goalies.

“I was particularly impressed with the ball movement down the court, especially in our attacking end.”

On taking on winless Gormandale this weekend, Whitty said it was “always a good encounter with the Tigers”.

“[Gormandale] will be craving their first win for the season and we will need to be at our best to keep building on the good netball we have played in the last couple of weeks,” she said.

Churchill will look to continue their winning run this weekend when they hit the road to take on eighth-placed Heyfield.

The Roos showed plenty against Glengarry at the weekend but were outmuscled by nine goals at the final whistle.

Churchill also fought out a thriller and took the points, edging out Traralgon-Tyers United, 41-36.

When the sides last met in round three the Roos kicked off their season on a high with a 34-27 win on the road.

Sale City face the toughest task in the North Gippsland league A grade competition this weekend when they travel to take on ladder leaders’ Rosedale.

The defending premiers enjoyed their 11th win from as many outings at the weekend, traveling to Gormandale and returning with a resounding victory, 73-48.

The Bulldogs, in third spot on the ladder with seven wins and four losses for the season, secured a clutch one-goal win over Cowwarr at the weekend.

When the sides last met in round two the Blues were 15 goal winners.

Second-placed Woodside will be looking for a repeat performance of their round three encounter with TTU when the two face off in the replay this weekend.

The Wildcats took the chocolates when they visited Tyers earlier in the season in a dominant performance, 68-49.

On the back of their eighth win for the season, which came on Saturday over Heyfield, Woodside coach Carly Foat said her side “gained momentum in the second [quarter] and was able to build our lead”. “With a couple of injuries things got interesting. In the last quarter we were able to pull away. I was proud of the way we didn’t give up and persisted,” Foat said.

“The award went to Laura Foat for steady work in the centre all game.”

Foat said all eyes were now on this weekend’s clash with TTU, which will also be an Indigenous round.