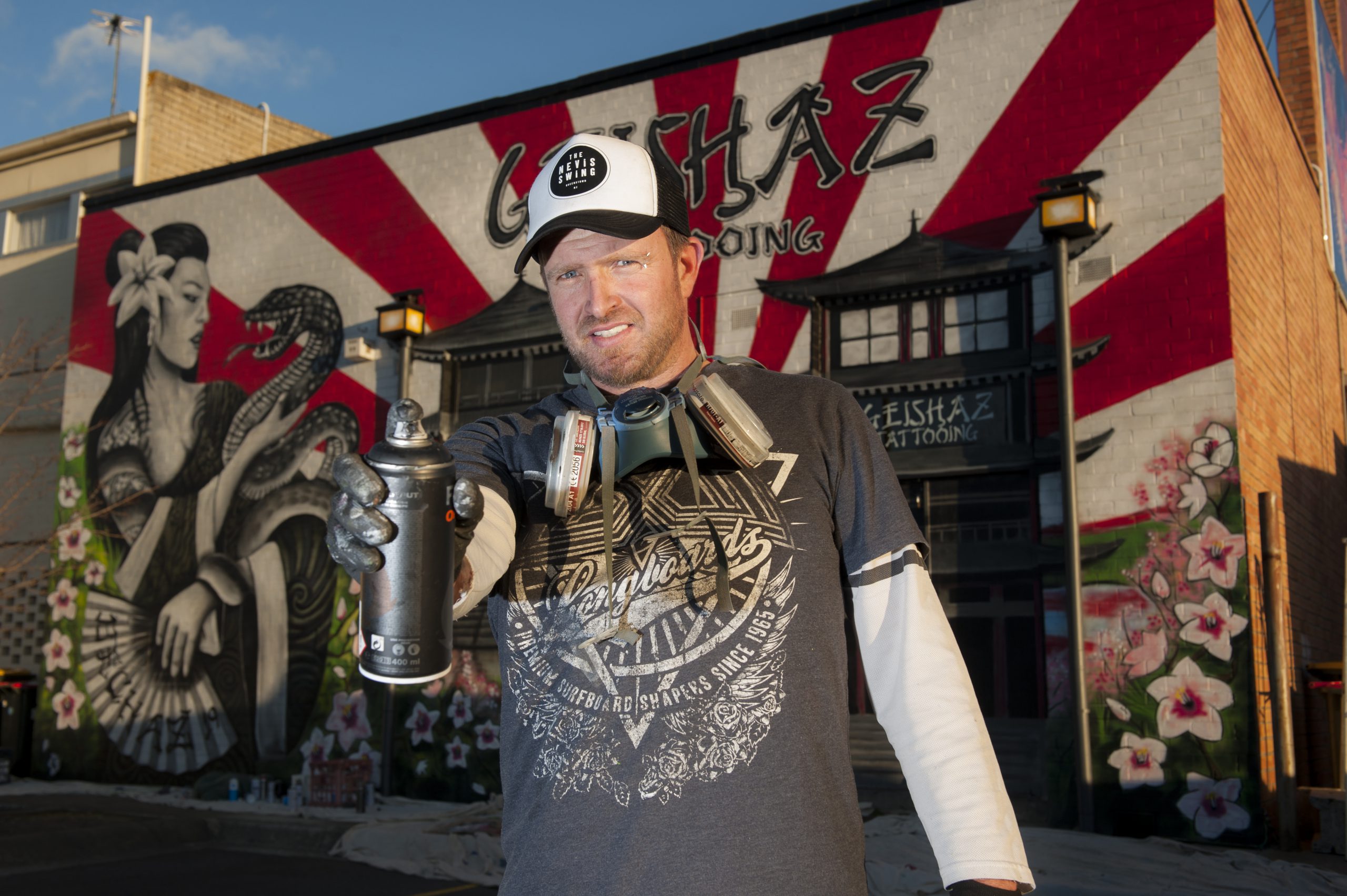 Steve Bechaz has gotten himself out of some tight spots using his flair for creativity.

After maxing out his credit card in San Diego, he managed to pay for accommodation with murals on the walls of local hostels.

Similarly, he freelanced as a signwriter to get himself through Canada.

His artistic talent has also gotten him into some trouble as he recalled being mugged on the streets of London “down the road from Big Ben” while painting a mural on the exterior of a nightclub.

“They saw me and grabbed the spray cans and started painting,” he said.

“They were spraying my face and I was trying to grab my art folder.

“The police came and it was too much drama, I didn’t finish that one.”

With his murals dotted all over the world and all over Australia, the Moe-based artist is now on a mission to brighten up the Latrobe Valley, with his latest accomplishment the back exterior of a business along Commercial Road in Morwell.

The mural faces the train line, which Mr Bechaz said would be an enjoyable view for commuters.

The mural took him about three weeks to complete, however, he has had to work at odd hours due to the weather and the need to have a cherry picker on site to reach the top of the wall.

“I sometimes work through the night,” he said.

“I’ve had a few worried looks from citizens, thinking maybe this is graffiti, but I had the drop sheets down so hopefully they could see that.”

“Going to Melbourne, I was like a fat kid in a candy shop,” he said.