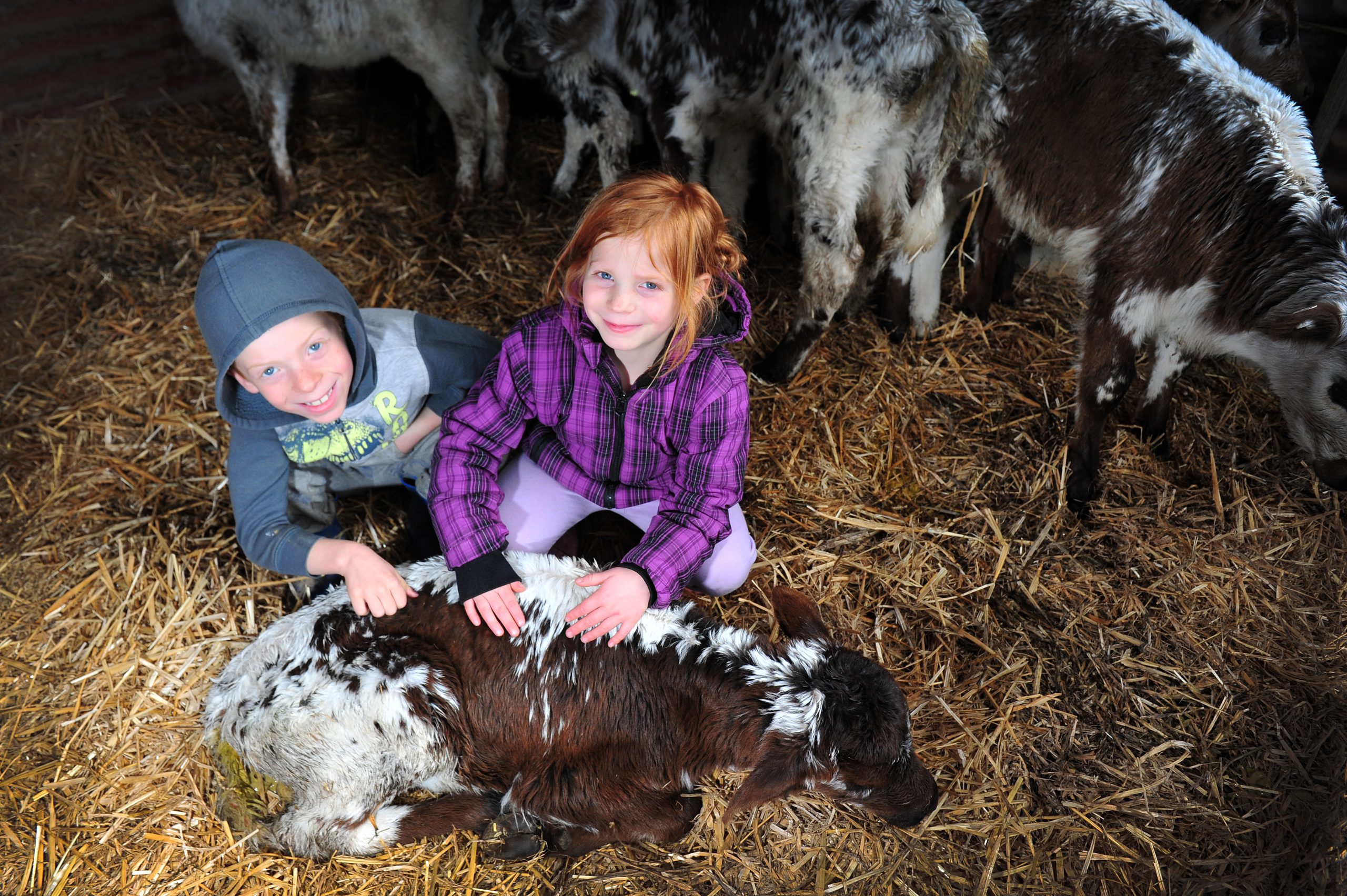 A Mirboo farming family woke up to heartache on Saturday morning when they discovered eight speckled park calves were missing from their shed.

But thanks to the power of social media, the babies were found later that day, huddled and freezing in the bush, believed to have been dumped after thieves got cold feet.

Kat Gration said they had purchased the batch of distinctively-marked calves aged between four and 14 days old, about a week ago and were bottle-feeding them twice a day.

She said the family went out on Friday night and found the female calves were gone when she got up to feed them on Saturday morning.

Ms Gration said all but one of the smallest calves was gone, and she noticed both gates were closed.

“The kids were in tears and were asking ‘what do you mean they are gone?’ I was distraught, and my husband was angry. I couldn’t eat all day, I wandered the streets for hours in panic and stress,” Ms Gration said.

“It was snowing here, I spent eight hours on foot looking for them and my husband got in his car searching for them and rang the police. At first I thought it was vegan activists but they had left the smallest one behind.”

Ms Gration said the Canadian breed was becoming popular with farmers for producing top quality meat and cross-breeding with dairy cows to value-add to vealers.

“I had them on a special milk powder. I was scared when they were stolen that they would be put on a different powder and then scour and die, even transporting them would be a big shock,” she said.

Ms Gration believes the incident could have been linked to a visiting tradesperson who spotted the animals, and returned later to take them.

She put up a post on social media which was shared thousands of times, before she was contacted on Saturday evening to say a bushwalker found the calves a few kilometres up the road.

“When I found them, I broke down in tears,” she said.

“We believe because the post was shared so much, people would have recognised the distinctive speckles and a thief couldn’t sell the calves, so he dumped them so close to home.”

She said the calves were on antibiotics and vitamin injections as they had lost some weight after being stressed in Saturday’s big freeze and had begun scouring due to the disruption.

Ms Gration said they would now install security cameras and put padlocks on all their gates.