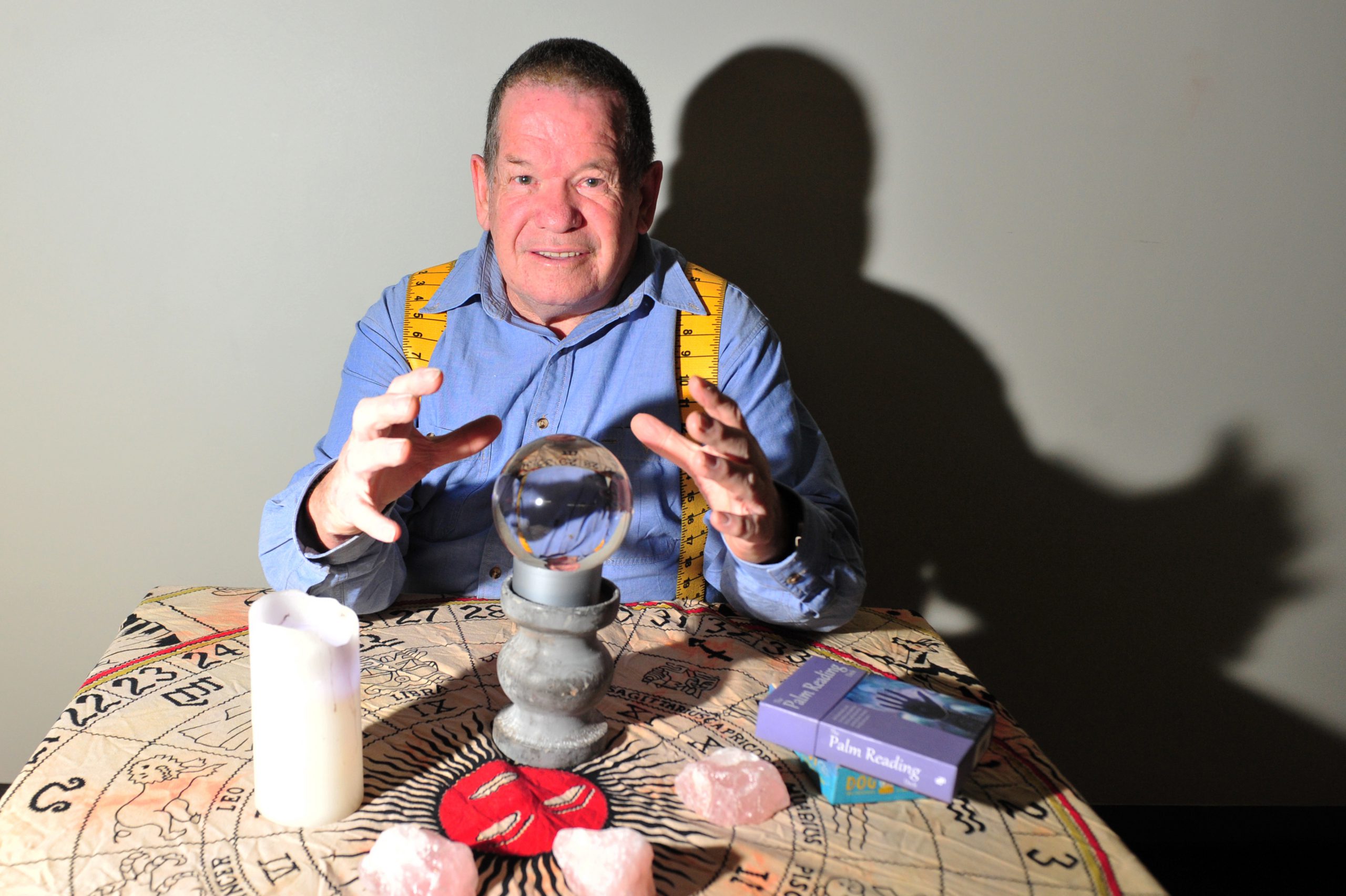 Don’t ask numerologist Victor Tracey to predict the next Tattslotto numbers, but for those keen to make positive life changes that relate to love, family, finances and relationships, he says he’s the man.

“One of the most common questions I get from clients is ‘what are the next Tattslotto numbers’, but I don’t do that because I don’t believe winning Tatts is really about winning money. It’s meant to be a life lesson on how to handle that money,” he said.

Victor loves the sceptics, and isn’t fazed at all by their attempts to call him out.

“Numerology has been around since Pythagoras and Aristotle so there is a long history of numbers being used to explain phenomena,” he said.

“We are about helping people by giving them guidance and insight, helping them understand their natural talents, purpose and personality.

“In terms of their destiny, people who discover more about themselves can make life changes based on what their numbers tells us.”

Victor heads Wisdom and Dreams, which is hosting a psychic expo at the Italian Australian Sporting Club, Morwell on August 10.

He will be joined by hand-picked psychics from around the country, and as far afield as the United Kingdom, who will offer numerology and clairvoyant readings.

There will also be candles, pre-loved books, crystals, exhibits, Chinese massage and other psychic-related stalls.

Seventy-two-year-old Victor learnt the tools of the trade from his grandfather Albert Klienschaffer as a small child.

“He recognised my mathematical skills and was instrumental in teaching me numerology from the age of six years,” he said.

“As a teenager I would amaze my friends by reading for them, and my reputation grew pretty quickly so that

Since then, Victor has read for thousands of people, been featured in the Australian Women’s Weekly, and regularly been seen and heard on television and radio in Australia and overseas.

Just by knowing a person’s birthdate and name Victor says he can prepare a blueprint that represents that person’s life journey.

“It is like a set of instructions that reveals an individualised pathway to success and happiness,” he said.

“Through readings, people have discovered the real them, as well as opportunities that will come their way.”

Not surprisingly, accuracy is never guaranteed.