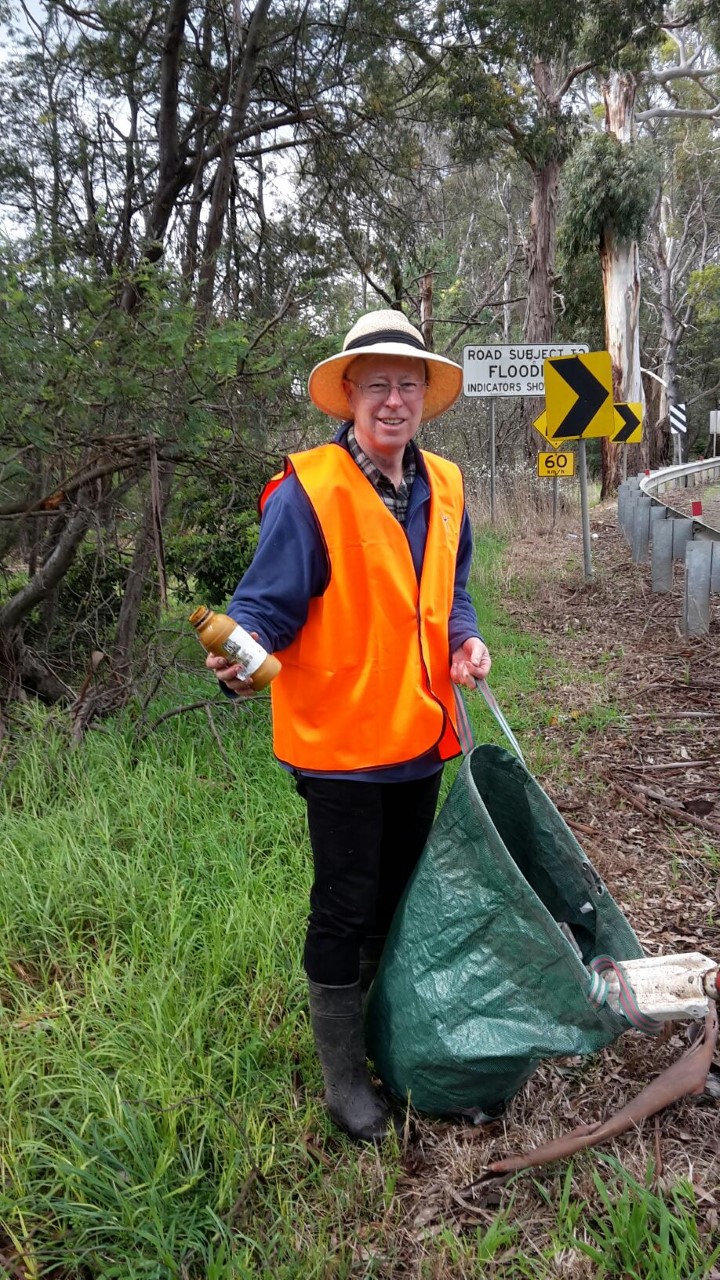 Volunteers took to the Tyers roadside reserve on Sunday to pick up rubbish to coincide with Regional Roads Victoria’s Adopt a Roadside program.

Latrobe Valley Sustainbility volunteers Dan Caffrey and Lorraine Bull picked up 17 kilograms of litter in just under an hour at the Sandbanks reserve as part of as part of Keep Australia Beautiful Week.

Mr Caffrey said most of it was made up of plastic and glass bottles, as well as broken items that appeared to have fallen from the back of a vehicle.

“The main single items were ice coffee bottles. There were three or four dozen of these alone and this made us wonder if it was from the same person chucking them out of their car on their way to work every day,” Mr Caffrey said.

“There is still a percentage of the population who don’t respect their own environment and special places like this. It’s a bad mentality, a hangover from the ’50s before littering became an issue.”

Mr Caffrey said they chose to clean up around the Sandbanks reserve to draw attention to the fate of Strzelecki Gums that will be removed as part of impending roadworks at the Tyers bridge.

Local environmentalists lost an appeal at the Victorian Civil Appeals Tribunal against the project which they said would threaten the surrounding vegetation. RRV is awaiting federal government approval before works commence.

Mr Caffrey said he did not dispute the need for safety upgrades, but RRV needed to consider the environmental impacts.

“We need a new bridge, traffic has increased and something has to be done but with compromise rather than by basically killing these habitats,” Mr Caffrey said.

RRV will relocate wildlife during the tree removal and will replant the site with 900 Strzelecki Gums. It has also collected seeds from the site and had donated 950 young plants to the Latrobe Catchment Landcare Network.