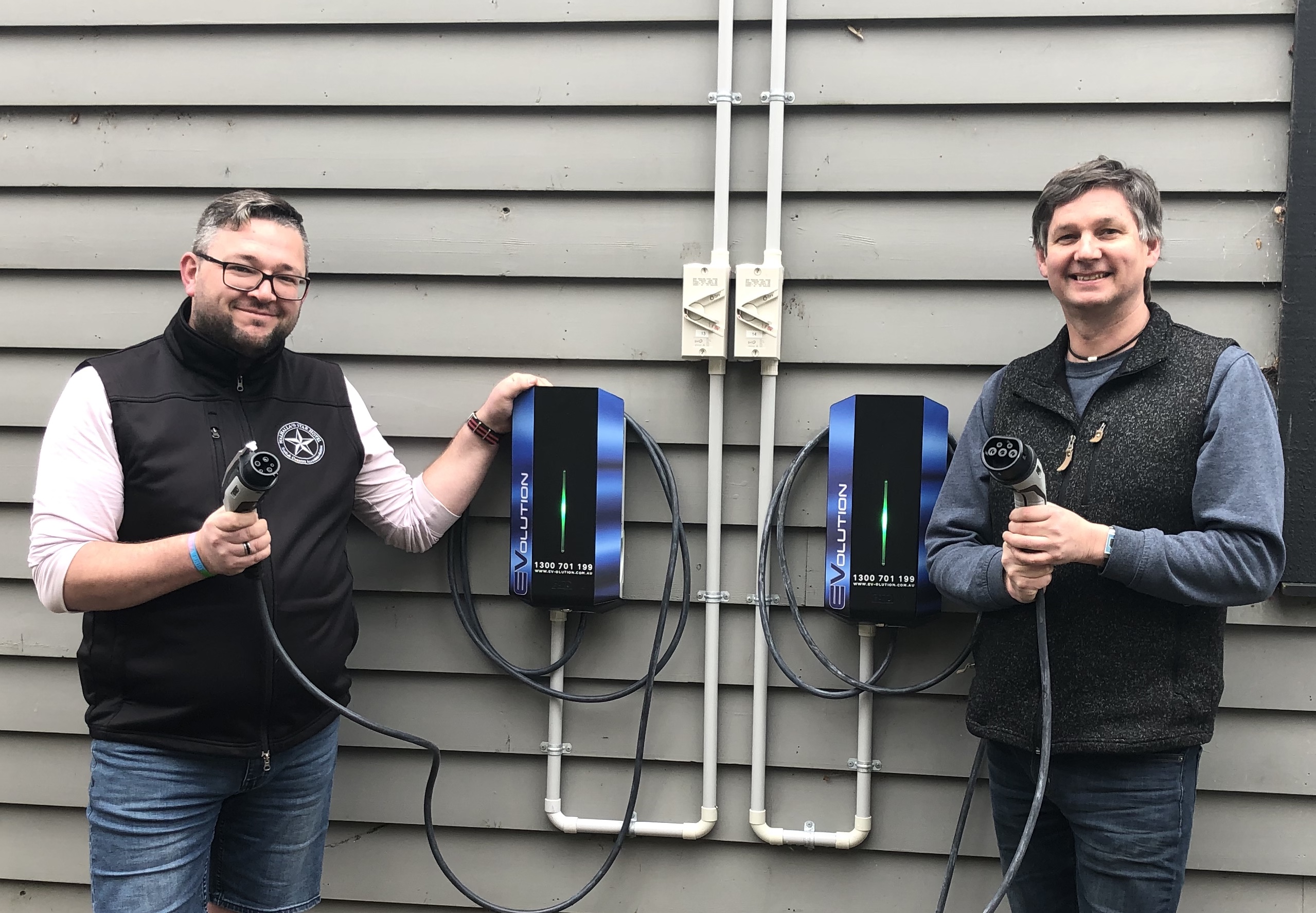 Walhalla has been put on the map as an electric vehicle destination with two new charging points in town to encourage more drivers to stop by, plug in and relax.

The two publicly-accessible charging stations were installed at the Star Hotel last week with plug types to suit different model cars. They are reportedly the first to be fitted in Baw Baw Shire.

Mr Leaney said it would help to open the region for more tourism so drivers could recharge and then head further into Gippsland.

“If you plan your trip it works really well. There is a growing market for EVs and there will be more and more on the road and more people will use these points,” Mr Leaney said.

Mr Leaney said hotel guests could plug in overnight for a full charge in about seven hours, but day trippers could also swing by for a top up while they enjoyed a cuppa or a tour of the town.

“The first guest used it on Saturday. They drove from Melbourne in a Tesla vehicle and they drove off on Monday in a fully-recharged car,” Mr Leaney said.

Mr Leaney said the idea came up to help the town get back on its feet after this year’s Walhalla bushfires and the project had to get council permission to install the chargers in a heritage zone.

He said the project was fully self-funded and the hotel also planned to purchase an EV delivery van to drive into the Latrobe Valley and pick up supplies.