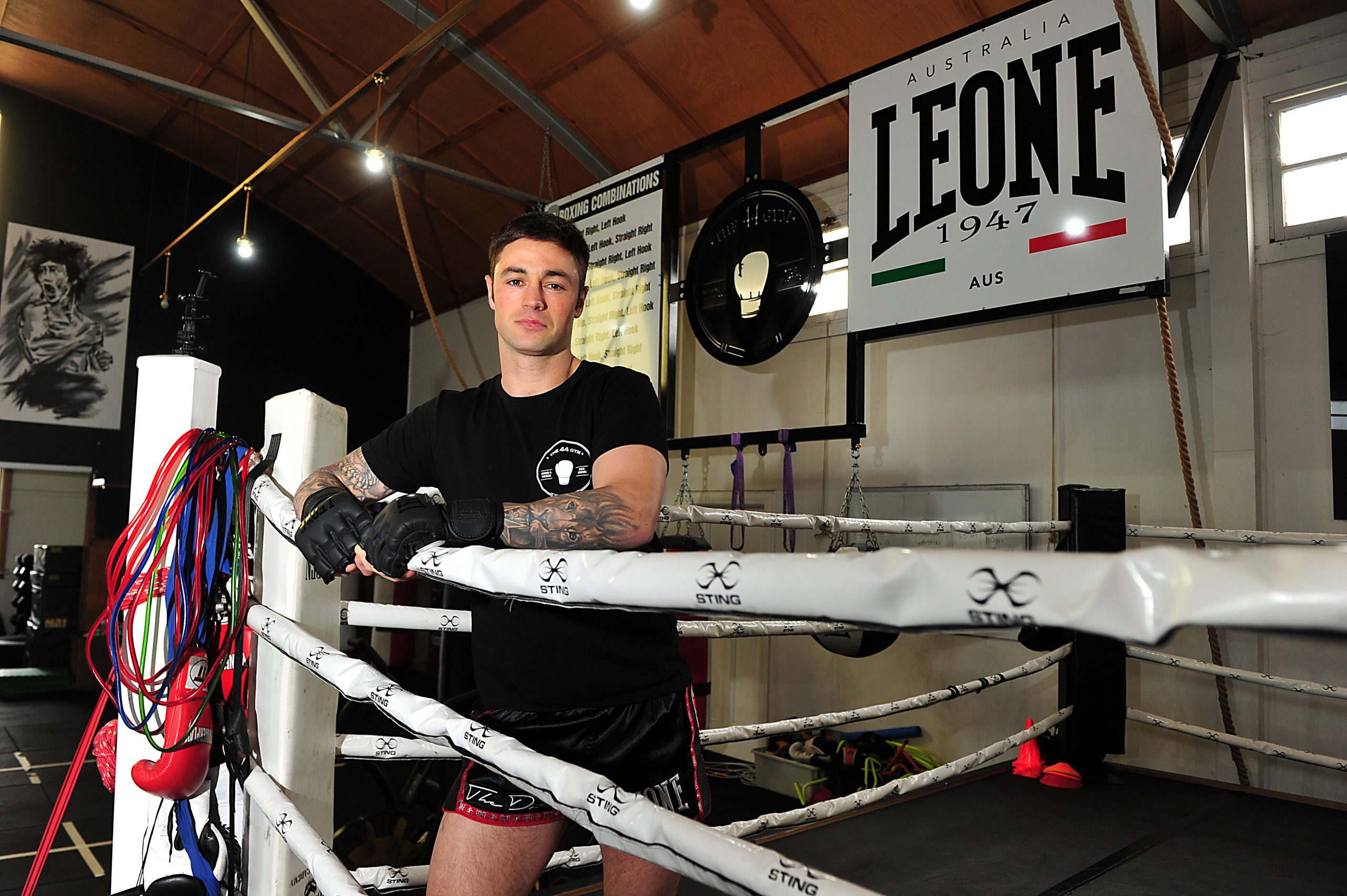 The octagon is without a doubt the biggest arena in mixed martial arts and one of Traralgon’s own is about to make his mark on the sport.

Steven Baldacchino, 33, will jet off on the trip of a lifetime to Canada next week to stand in the corner of UFC fighter Jimmy Crute.

The kickboxer and trainer has been asked to step up as a caretaker coach for Crute in Vancouver where he will go up against native Misha Cirkunov.

“I’ve been as a spectator in the UFC before so I know what the atmosphere will be like but [this is] probably the biggest stage I’ve stepped on as a coach, that’s for sure,” Baldacchino said.

“Every fight in the UFC is the biggest fight of your life so it gets you one step closer in contention to fight for a belt. “His UFC fight record is three fights, three wins, so he’s undefeated in the UFC and in MMA altogether.”

Baldacchino will be charged with prepping Crute, a light heavyweight, for the stand-up aspect of his fight while another coach will take care of the ground work.

“I’ve trained with Jimmy [Crute], I’ve held pads for him a few times over the years and had a fair bit to do with him and that’s probably why I was asked to stand in,” he said.

“His opponent’s a left-handed fighter so I’ve got to sort of pick up on certain tactics. I’ve got to do a lot of homework on his opponent and simulate as much as I can through pad work.

“I’ll probably also help with his weight cut when he gets over to Vancouver. He still has a few kilos that he has to try and drop so I’ll sort of help him with that.”

Before Baldacchino can turns his attention to the UFC fight on September 15 he has another pressing coaching role to take care of.

His wife Kim-Alina, who is also a kickboxer, is competing for an Australian title in Melbourne this weekend.

“Kim is fighting in a trilogy fight, so she’s fought the girl she’s fighting two times in the past,” he said.

“The first time was in 2012 and Kim lost on a split points loss and then fought her 12 months ago and knocked her out, so now they’re putting an Australian title together for the trilogy fight.

“There’s a lot of healthy bad blood I guess you could say between them and Kim did a good job on her last time so we’re hoping to get a repeat of that.”

In addition to his coaching commitments Baldachhino and his wife run their own gym – a juggling act that takes careful balance.

“For the last seven or eight weeks it’s been pretty full on, Kim travels down to North Melbourne three nights a week and does a lot of training with me as well,” he said.

“It’s around the clock training, twice a day, five or six days a week, plenty of sparring and trips down to Melbourne.”

An accomplished fighter in his own right, Baldacchino is hopeful of making a return to the kickboxing ring later this year.

For now though, he’s looking forward to a jam-packed couple of weeks at home and abroad.

“It’ll be a massive crowd in Canada. Any UFC event anywhere in the world is pretty big,” he said.

“It’s totally out of my comfort zone. I’m pretty excited but it’s daunting at the same time.”