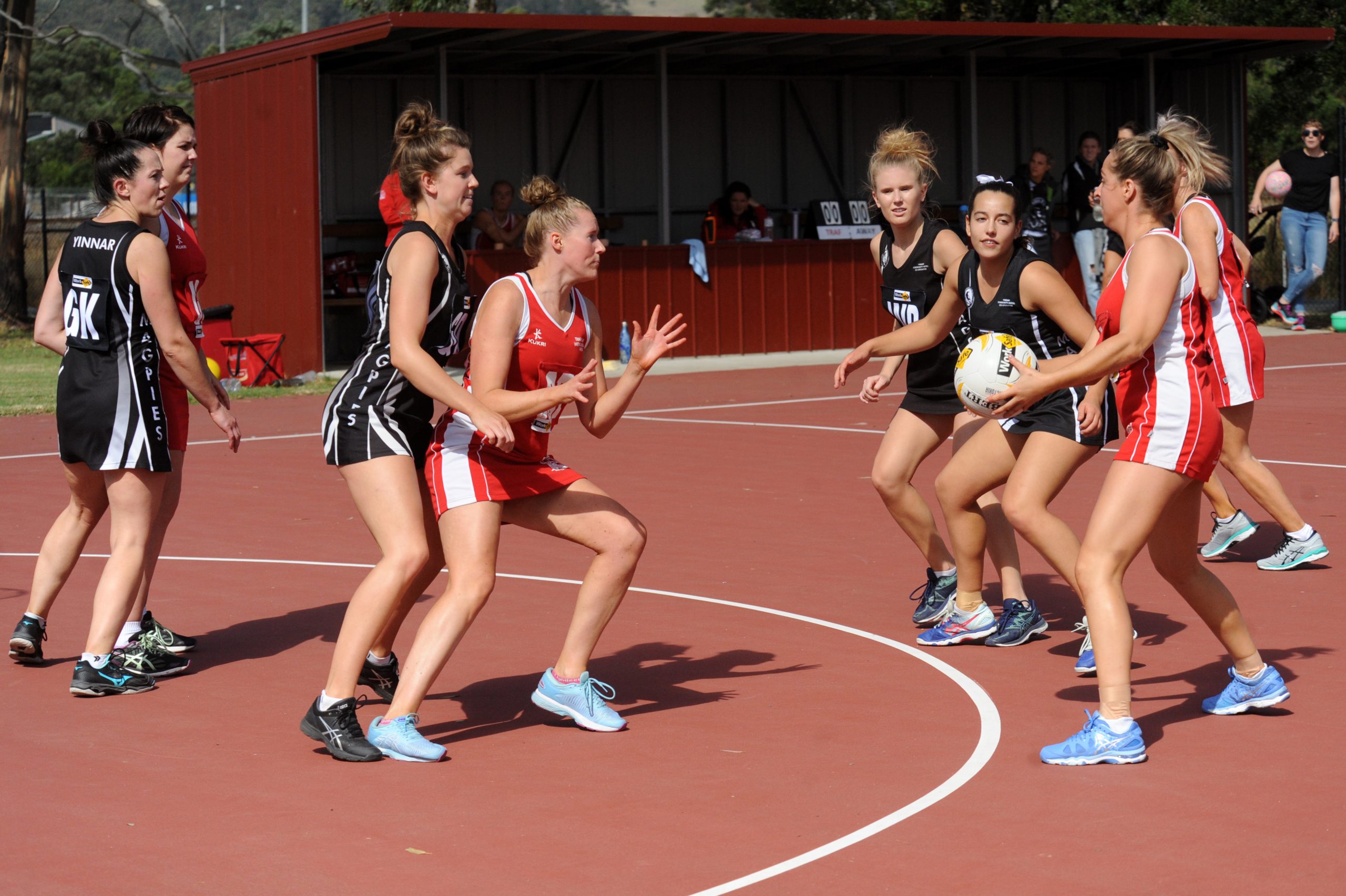 Yinnar have set a date with Trafalgar in the grand final of the Mid Gippsland league netball competition with a 12-goal win over Mirboo North in Saturday’s preliminary final.

After a near-perfect season with 15 wins from 16 outings, Trafalgar and Yinnar finished in first and second, respectively, separated only by percentage points.

When the Bloods and Magpies last met in round 10 it was a down-to-the-wire thriller with Trafalgar emerging victorious by the barest of margins, 50-49.

In the B grade competition the Bloods have also won through to the decider and will face Newborough in this weekend’s grand final.

They finished atop the table in 2019, one game clear of Yinnar and two clear of the Bulldogs.

The Bloods will be represented in a third grand final in the C grade competition and will face Yinnar after the Pies fended off Mirboo North to win by seven goals in the preliminary final.

The D grade flag will be played off between Morwell East and Trafalgar, with their fourth grand final representation in the senior competition in a clean sweep.

The 17 and under grand final will see the Bloods go up against Mirboo North while the under 15 title will be contended between Mirboo North and Yallourn.