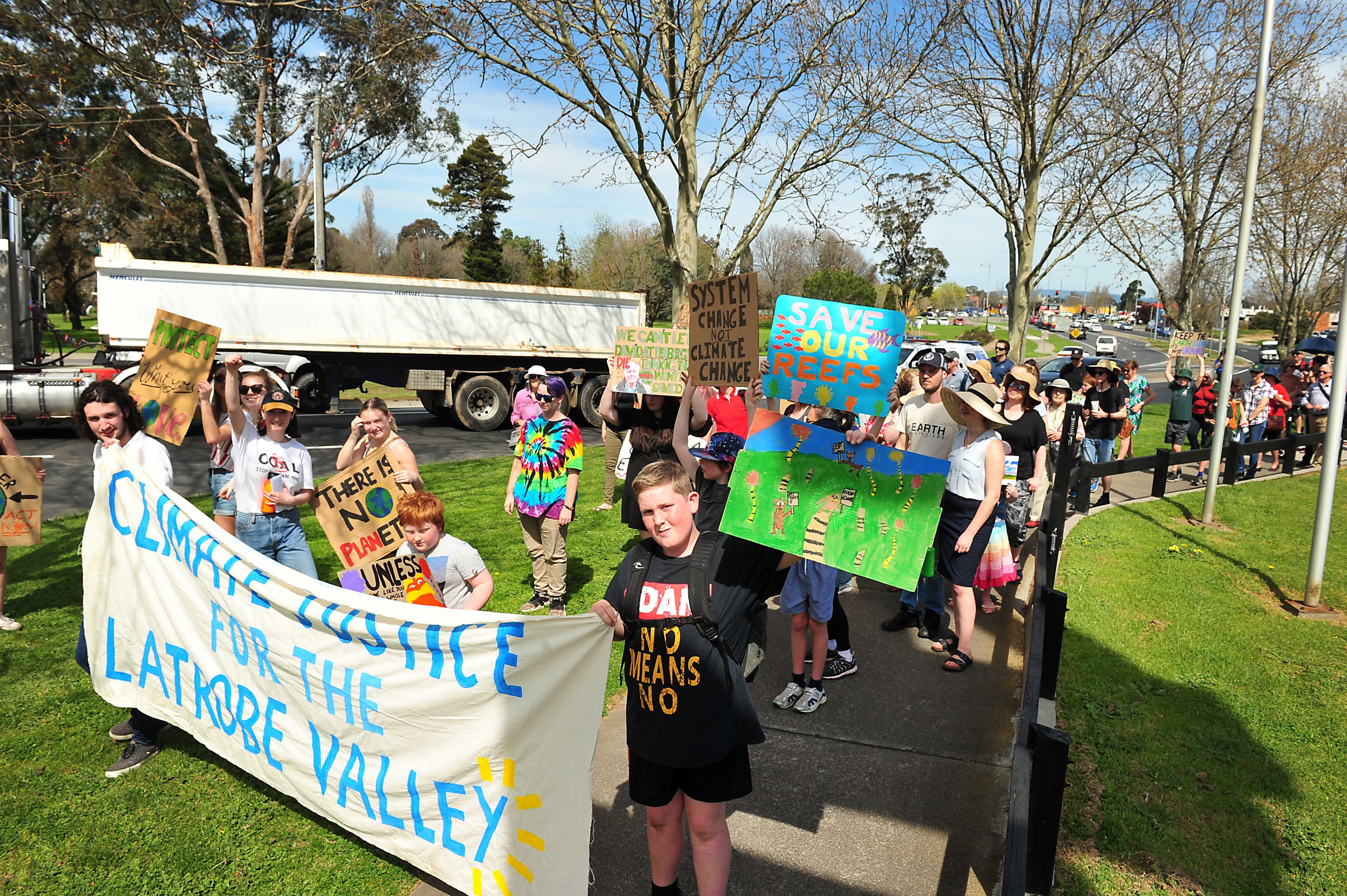 About 300 people took to the streets in Traralgon on Friday afternoon demanding action on climate change and a just transition for the Latrobe Valley as part of a global climate strike, and one of seven actions held in Gippsland.

Participants of all ages and from all walks of life gathered outside Traralgon Stockland and peacefully marched down Post Office Place to Victory Park, followed by speeches and live music.

Mirboo North Primary School grade six student Toby Rawson skipped school with the support of his teachers, along with hundreds of thousands of other kids across Australia.

Toby is a youth climate group A New Power member and said he had repeatedly asked member for Gippsland Darren Chester for action on climate change, but was not happy with his response.

It comes as acting Prime Minister Michael McCormack said the day of action was “a disruption” which should have been held on the weekend instead of a school or work day.

The 12-year-old said he was sick of politicians telling kids to go back to school, so he bluetacked a letter to Mr Chester’s Traralgon electoral office window that morning.

“I’ve learnt to spell bigger words now, you might not know them. They are words like environmental, sustainable, scientific, renewable, and recycling.

“I can teach you if you’d like. Come listen to my speech. Sincerely Toby Rawson.”

Toby said he knew of other students from his school were attending another strike action in Fish Creek.

“Most politicians are scared of us, we have more power. This is the future we need to fight for, my mum gave me a choice if I want to be here,” he said.

“We need to change the system so the rich don’t keep getting richer at the expense of the environment.”

“I could see the burnt bushland and I got angry that politicians were not doing enough. People at school were discussing how they were impacted, and it made me realise this is a massive issue,” he said.

“We need to come together to solve it.”

Rally organiser Ella Darling said “her heart was bursting” at the turnout of the local rally.

“Suggesting we strike on a weekend is not how a strike works,” she said.

“Calling on federal government action is important on the grand scheme of things, but we live in a coal community and we need to make sure no one is left out in a just transition,” she said.

The Express contacted Mr Chester for comment, but he was on official duty in East Timor.