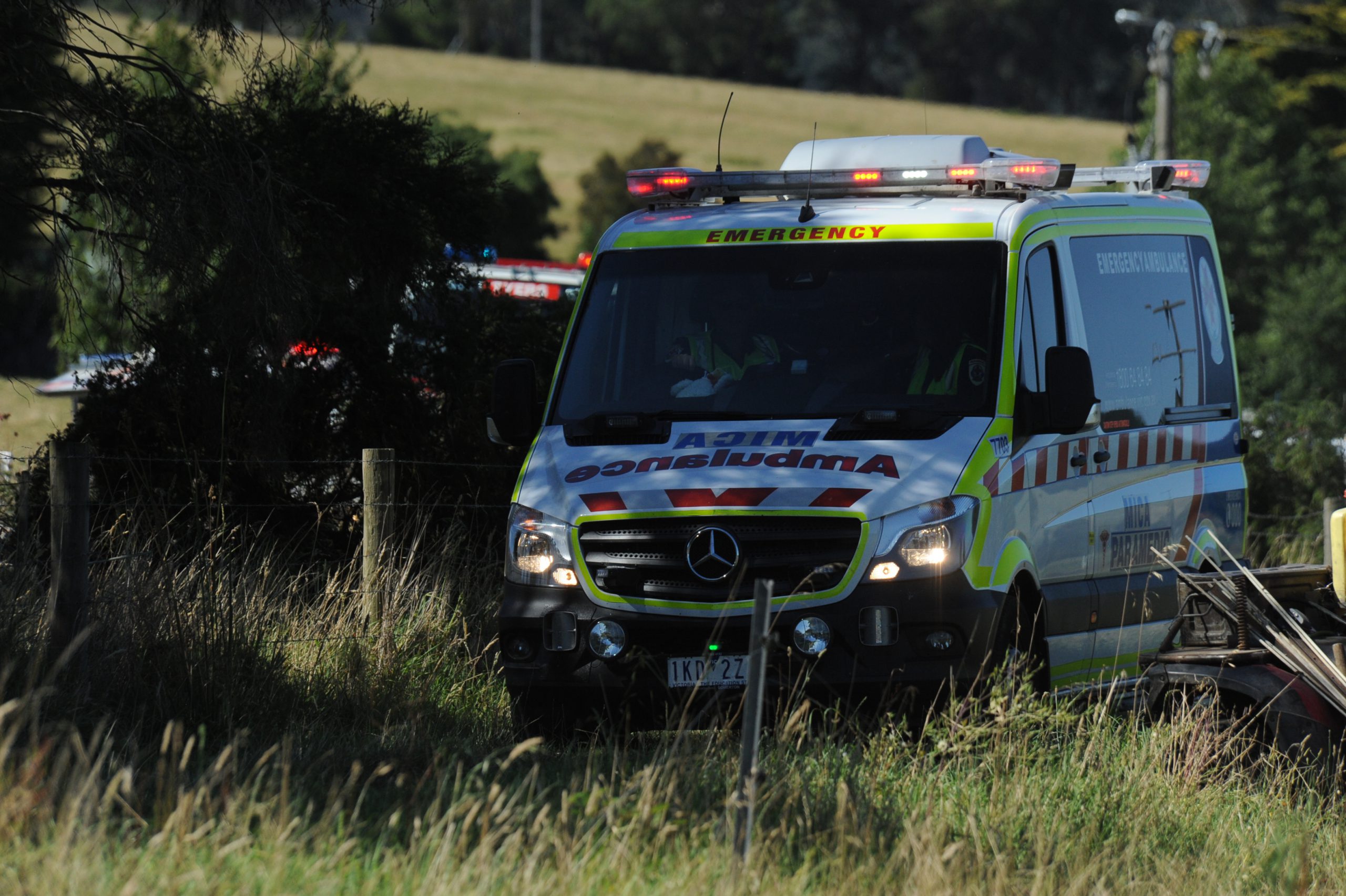 Two people were flown to hospital after a bus collided with a car at Hernes Oak, near Moe last night.

Emergency services were called to Marretts Road just before 9pm.

A woman aged in her 20s suffered numerous injuries and was flown by air ambulance helicopter to The Alfred hospital in a critical condition.

A man aged in his 20s suffered internal injuries and was flown by air ambulance helicopter to Royal Melbourne Hospital in a critical condition.

Another man was assessed at the scene and wasn’t taken to hospital.