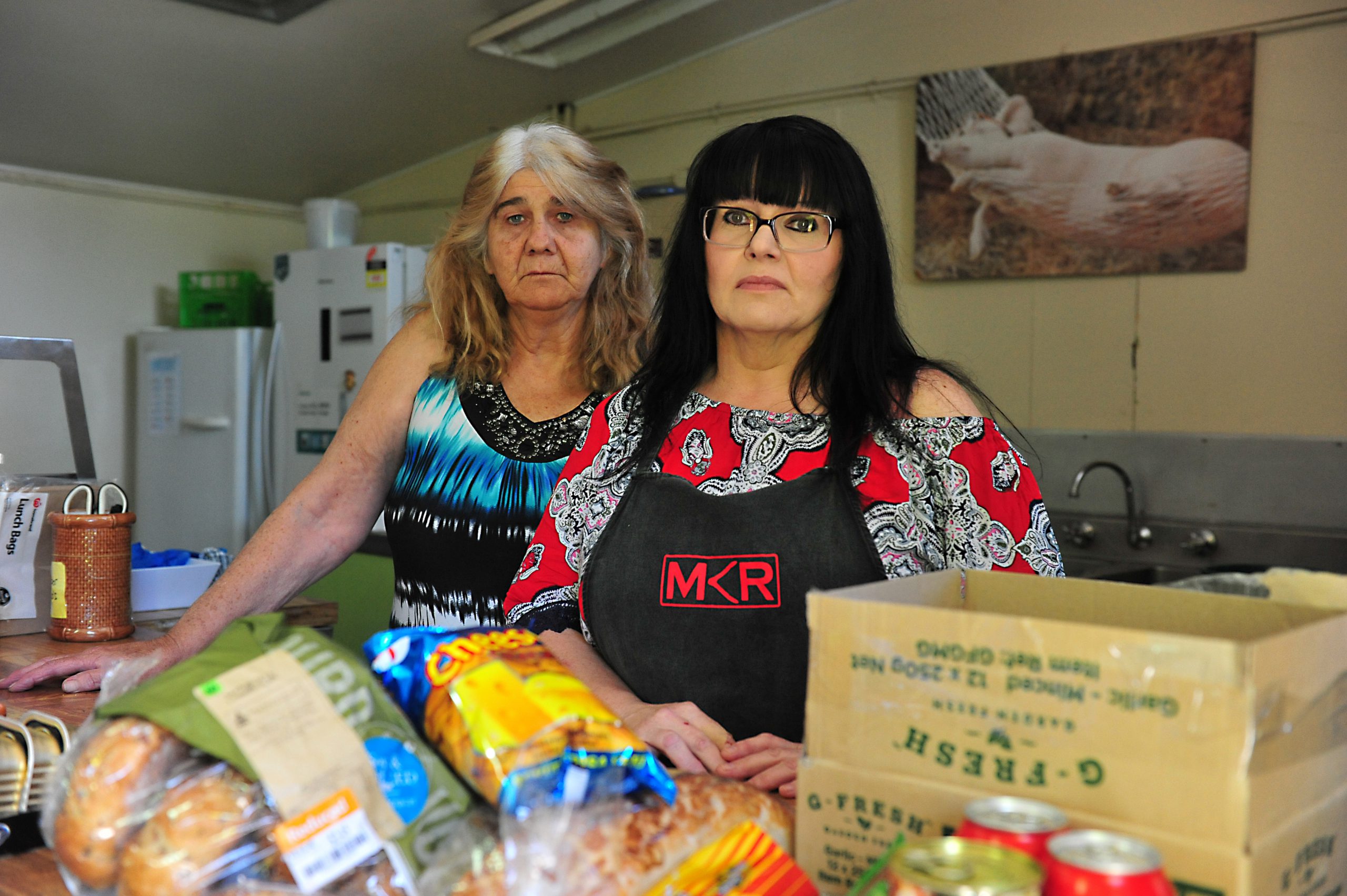 A Morwell food bank is now struggling to keep its services running after unidentified people broke into its facility last Friday taking cash and some food items.

Theodora’s Cheerful Givers food bank manager Debbie Langdon said this was the fourth time the facility was robbed in the last 18 months leaving the charity struggling to pay its rent and get its services rolling.

“They jimmied the front door open [and] they broke into the back of the food bank into the filing cabinet where we keep our money and stole around $500 which was our takings plus our sausage sizzle money,” she said.

“We sausage sizzle once a month to raise money to pay our rent so now of course we’re struggling to pay our rent and have enough to buy more groceries from food bank in Melbourne.”

Ms Langdon said volunteers were heartbroken to find the front door unlocked on Saturday as one of them was dropping off some food items that were collected from supermarkets.

She said the thieves also took a piggy bank and some tins of coffee and Xbox games.

Ms Langdon said Friday’s incident was the largest amount that thieves got from the food bank facility as there had been three other occasions where burglars took money from the Lignite Court site.

“We’ve been robbed four times in the last 18 months it’s pathetic it’s just so wrong. It’s normally between $300 and $500. People might say that’s not much money but to a charity that’s our everything, that’s the next week of food bank,” she said.

Ms Langdon told The Express the food bank served at least 100 people a week during the past 10 years, however they now felt struggling to keep their services going.

“It’s just so heartbreaking because we help so many people and now they put us at risk we’re already struggling because people aren’t paying their donation every time which limits the groceries we can get from food bank,” she said.

“We get all bread and veggies donated but it’s the groceries that we get from one week to the next.”

Ms Langdon said the robbery was “just heartbreaking” as the food bank was also currently experiencing a huge increase in demand for its services with more seniors coming in every week.

A GoFundMe account has been set up to appeal to the community to help raise money to keep the food bank going.

People across the Latrobe Valley can send their donations via gofundme.com/f/save-our-foodbank.