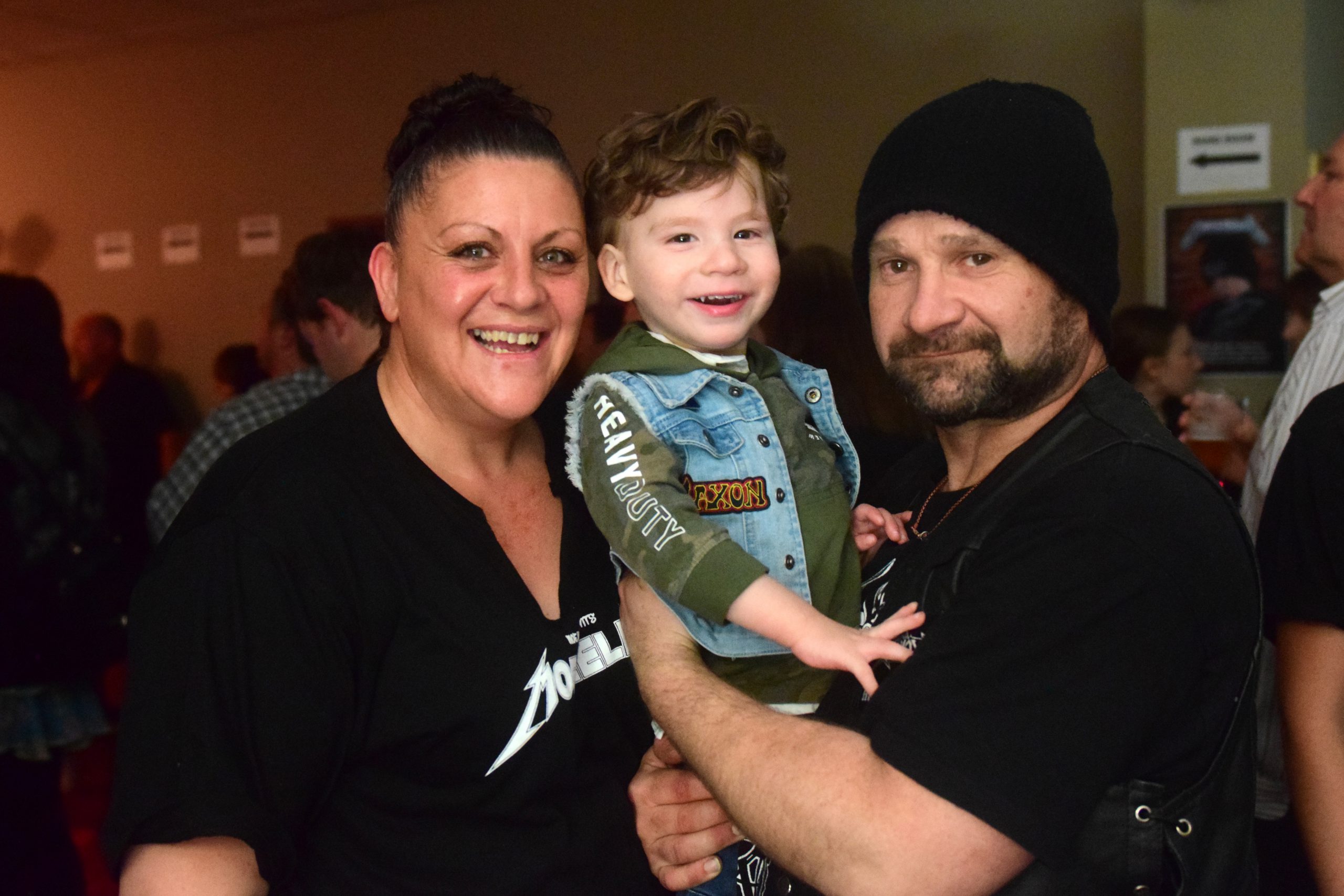 A jam-packed crowd gathered at Moe Hotel on the weekend to send a two-year-old boy with a rare genetic disorder for a much needed intensive therapy to Sydney.

Organisers of the fundraiser said they were “gobsmacked” as close to 400 people turned up on the night at the Moe Hotel to enjoy music and support Newborough toddler Saxon Wilson.

The youngster has been diagnosed with a rare condition called cri du chat that affected his muscle tone and development.

Dean Abbott, a friend of the Wilson family and who was one of the eight people that organised Mochella, said tickets were sold out prior to the event on Saturday with some former Moe residents coming from interstate to support the cause and also see their favourite bands play.

“Some people said it was the best night in Moe,” Mr Abbott said.

He estimated that fundraising for Saxon had reached more than $40,000, including tickets sold for Moechella.

Mr Abbott said the GoFundMe account set up to raise funds for Saxon will now be closed after a foundation reached out to the Wilson family offering to fund the boy’s first round of intensive therapy at Sydney’s NAPA Centre.

He said a group of eight people, all family friends, held weekly meetings across four months to organise fundraisers to raise the $15,000 needed to send Saxon to Sydney.

Saxon’s mother, Emma Sherriffs, said the toddler had a great time during the show as one of the bands got him onstage and hit the drums.

“He brought two sets of drum sticks home he loves it,” she said.

Ms Sherriffs said she was surprised by the support that Saxon received not only from local community members, but people all across Gippsland and interstate as well.

“The community, the committee, everyone that jumped on board to get this thing rolling…to see everyone come together for such a great thing was very humbling,” she said.

Ms Sherriffs said she did not expect the fundraisers to come up with so much money to help her son.