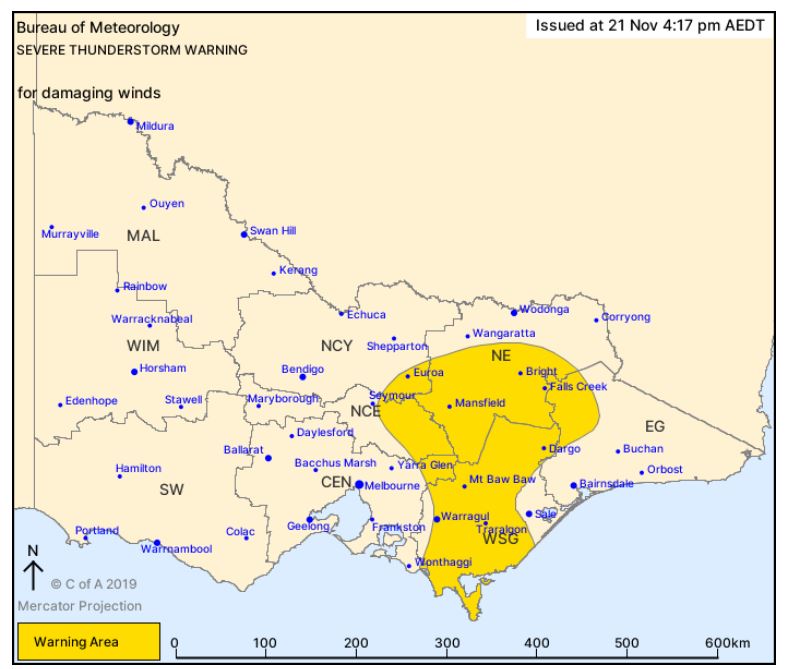 A severe thunderstorm warning for an area including the Latrobe Valley was issued by the Bureau of Meteorology today.

The warning for damaging winds in West and South Gippsland, and parts of East Gippsland, Northern Country, North Central and North East Forecast Districts was issued at 4.17pm.

Gusty thunderstorms are expected ahead of a trough.

Severe thunderstorms are likely to produce damaging winds in the warning area over the next several hours with Moe, Morwell and Traralgon among the major locations which may be affected.

The wild weather has already made an impact with trees down in Newborough, Morwell and Hazelwood North during the past 30 minutes.

Rain arrived in Morwell about 4.30pm and brought with it a cool change, as the temperature dropped more than 10 degrees in little more than 30 minutes.