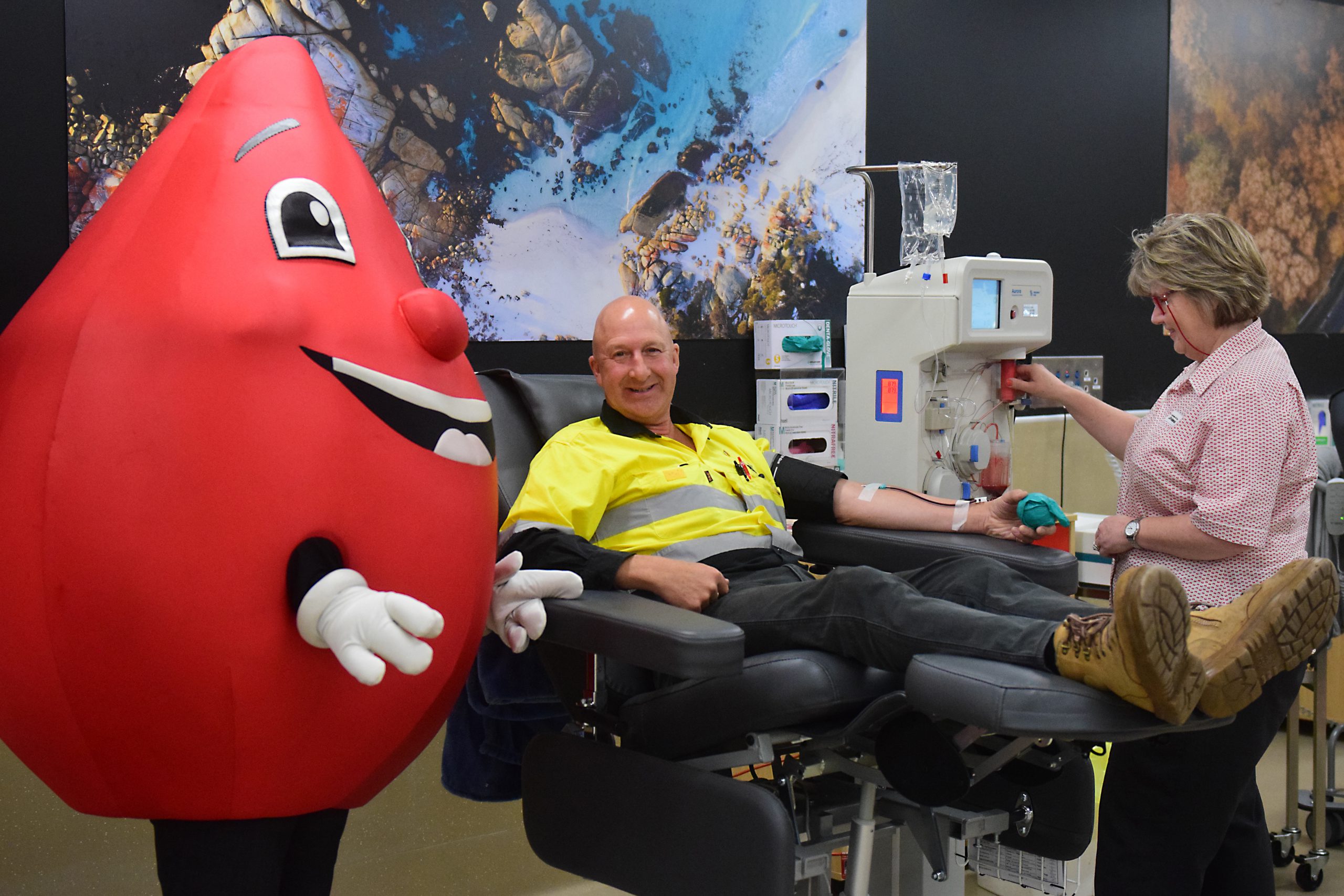 Gary Honeychurch donated blood for the 150th time on Tuesday at the Australian Red Cross Lifeblood Donor Centre in Traralgon.

Mr Honeychurch said the first time he gave blood was around 1996 after hearing an advertisement on the radio.

“I started donating blood regularly with my local basketball team and later we rounded up people from work at Hazelwood at the time,” Mr Honeychurch said.

“It started as a really blokey thing, like who could bleed the fastest, but it was really fun to do as a group and now a lot of those guys and girls are still donating and they started donating around 10 years ago.”

Mr Honeychurch worked at Hazelwood Power Station, which encouraged employees to give blood as a group.

“Most of my blood donations had probably been while I was working at Hazelwood, the management supported us giving blood,” Mr Honeychurch said.

“My manager said ‘let’s go and do something good’ and we rounded up as many people as we could and I think it’s great that many local companies are also doing that now.

“Its very common for people to forget to give blood regularly but I found it was really easy to do with a big group, the whole staff here make it so easy, they treat you like royalty.”

“I thought it would be a good thing to do for somebody else because not everyone can actually give blood, so if you can I try and encourage people to donate,” he said. Mr Honeychurch said he is sure there are people who have donated more than him and he is just trying to do his part for the community.

The Australian Red Cross Lifeblood Donor Centre in Traralgon needs 150 blood donations over the Christmas period to keep up with growing demand.

The Traralgon Centre will be open over the Christmas and New Year period. To book in a donation and check their holiday opening hours, call 13 14 95 or visit lifeblood.com.au.