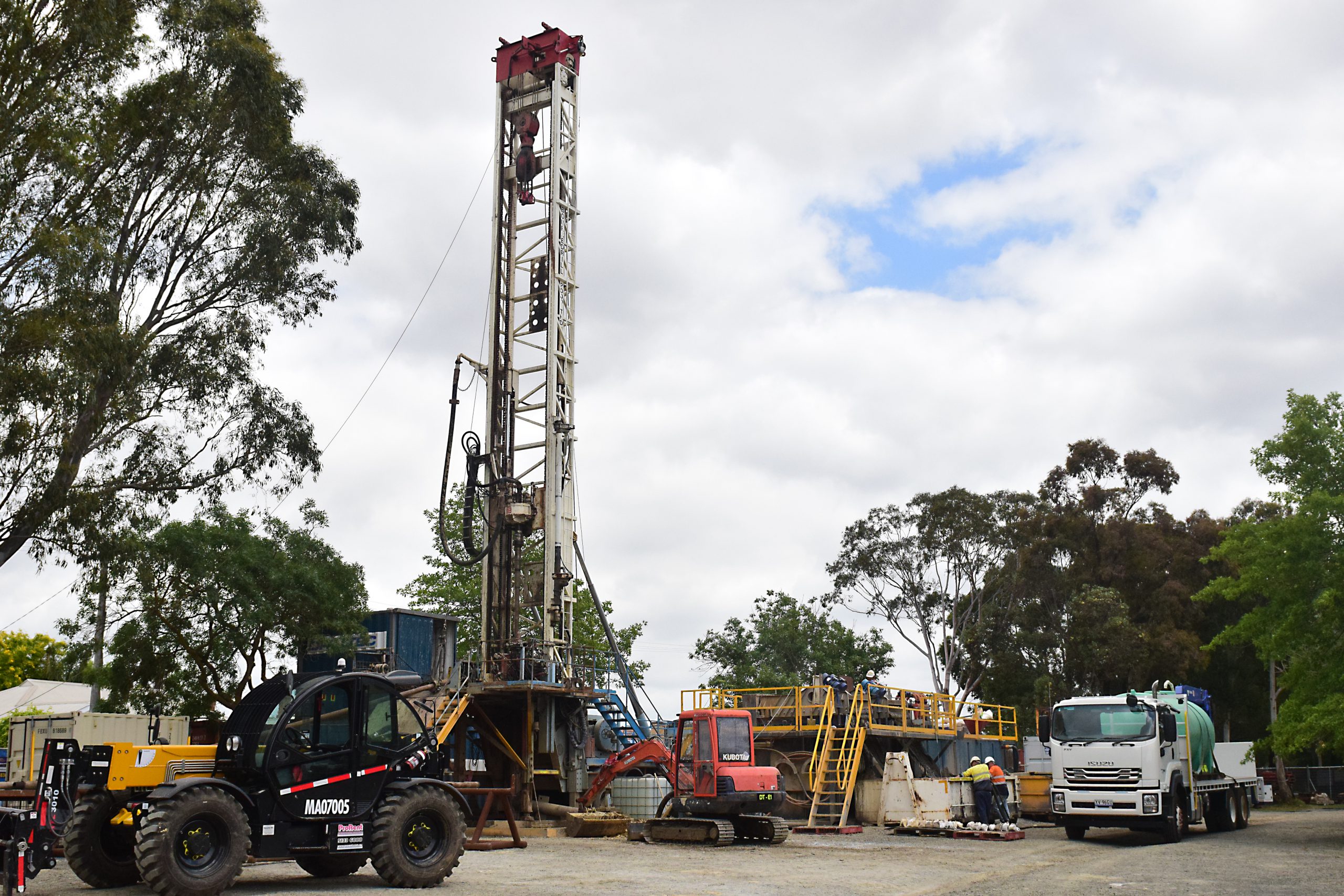 Construction of the new Gippsland Regional Aquatic Centre (GRAC) in Traralgon is kicking goals as drills hit the ground for phase two with a 620-metre deep injection bore on Kay Street.

The new bore will pump heated water back into the ground at 40 degrees as part of the $57 million project to build Victoria’s first geothermal-heated public swimming pool.

A production bore to pump water up from below the ground at 65 degrees was recently finished as part of phase one.

The system will use heat energy from the bore water to separately circulate pool water through a heat exchanger.

The geothermal pool will allow Latrobe City Council to slash gas bills and save $370,000 on ongoing operating costs, while reducing 730 tonnes of CO2 emissions.

Latrobe City GRAC senior project manager Luke McGrath said the next step would be to interconnect the two bores to the building.

Mr McGrath said this technology was in use around in Australia, with 12 operating successfully in Western Australia, but Traralgon would host the state’s first geothermal aquatic centre.

“There is a good understanding of the resource here because of the coal industry and the engineering that went with it, as they did a lot of exploration,” he said.

“There were many bore holes dug in Traralgon in the 70s. We’ve been careful with the process, using engineers with a proven track record to make the system work.”

“The entire process advances from our natural brown coal layer underground that heats the water located in the aquifer, creating the ability to heat the pools and air inside the facility,” Cr Clancey said.