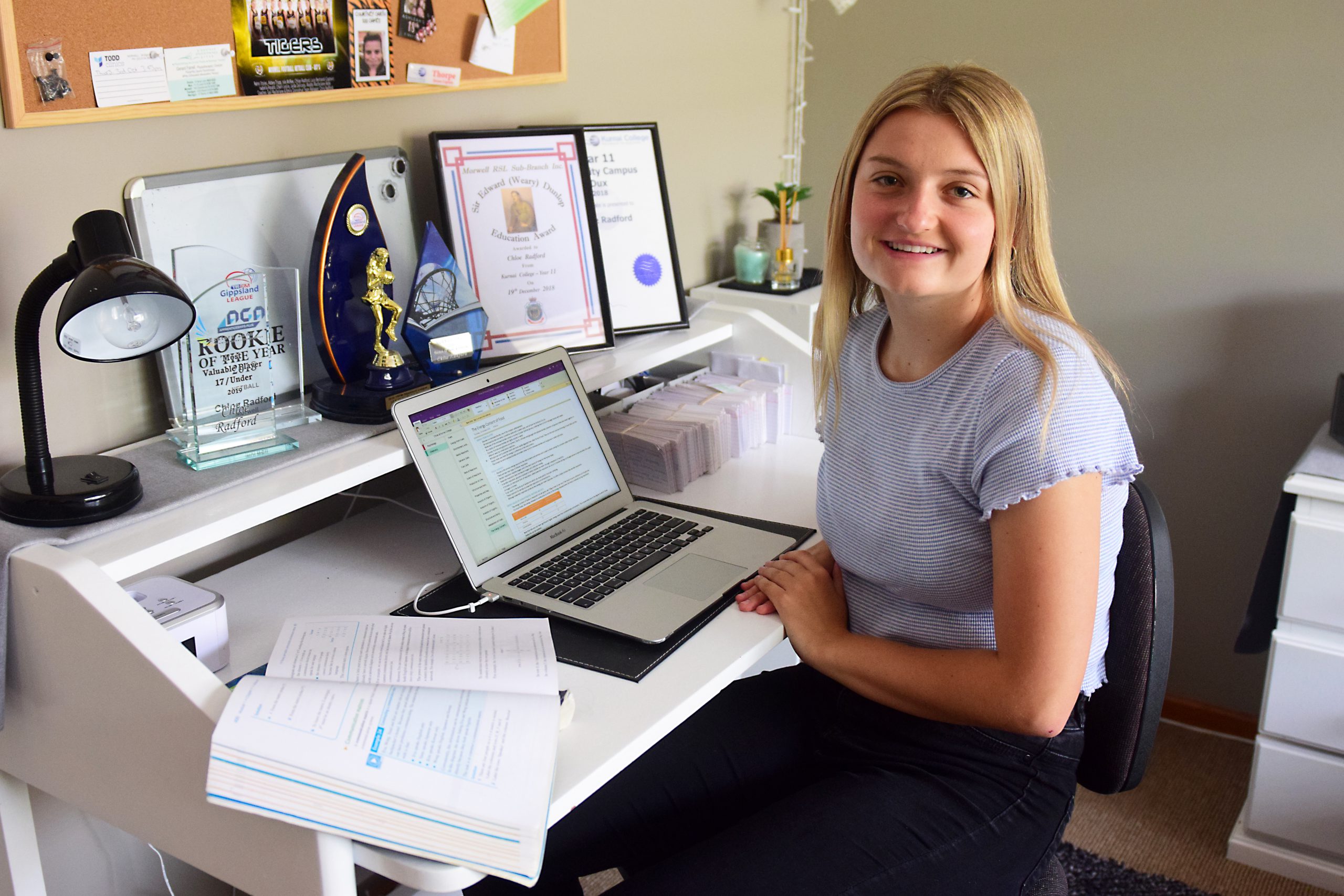 More than 45,000 year 12 students learnt their immediate fate with the release of ATAR scores last week and many of the Latrobe Valley’s own celebrated success.

Morwell resident and Kurnai College dux Chloe Radford far exceeded her own expectations with a score of 95.55.

“I definitely didn’t expect to get that high, I was hoping for above 80 because it covered all my preferences, but I still didn’t even know if I’d get that,” Chloe said.

“I’m reordering my preferences now, but I’m looking into a medical course of some sort.”

Year 12, while “definitely stressful”, was the culmination of two years of hard work for Chloe, who split her studies over two years after starting VCE two months early.

“I think that when people say it’s the most stressful year of your life they’re not kidding, but I think I’ve come out the other side really happy with how I went,” she said.

“I used all my spare time to study because this year’s classes were much harder than last year, so I tried to really use my time wisely,” she said.

“I felt the support of everyone around me, the encouragement.

“We have really good teachers at school so I’m really grateful.”

Mubasshir Murshed said achieving a perfect study score of 50 in further mathematics as a Year 10 student was “one of the highlights of my life”.

The incredible feat came second only to another even more impressive accomplishment – having one of his equations published in an academic mathematics journal as Year 12 student.

Mubassshir, or ‘Mub’ as he is affectionately known, was dux of Lavalla Catholic College with a near-perfect score of 99.85.

“My expectations were really high but my goal was somewhere in the low-99s, so to get that was much higher was amazing.”

“I want go to uni at Monash Clayton and study an engineering and computer science double degree,” Mub said.

“Trying to get the best possible score you need to do a lot of different type things.

“I did a lot of practice exams and it was as much about looking at what I did wrong as what I did right.”

Studying health and human development lit a fire for Lowanna College dux Tess Sultana, who hopes to use her success to “make a real difference” in the world.

Tess achieved an ATAR of 86.55, eclipsing her goal of 70, and wants to study a bachelor of primary and secondary inclusive education at Monash University.

“After university I hope to join an aid organisation. In health and human development when we learnt about aid I found it really interesting.”

English and psychology proving her strong suits with study scores of 39 and 38, respectively.

“It was stressful, but I think once I started to manage my time it was easier,” Tess said.

“I made a timetable, tried to stay organised and I spent a lot of time with my teachers, which helped a lot.”

Traralgon College dux Jacob Pedley will take a well-earned year off after achieving an ATAR of 94.35.

At the start of Year 12 Jacob hoped to land somewhere in the 90s with his score and did just that.

Jacob will look to study engineering at Monash University in 2021.

Cream of the crop at Trafalgar High School was school captain Sadira Snell with a score of 95.15.

Sadira was overseas volunteering in Indonesia when ATAR scores were announced last week, but hopes to study law and global studies at Monash.

College principal Jane Mersey said Sadira’s success was just reward for her commitment to her studies.

The top achiever at St Paul’s Anglican Grammar wished to remain anonymous with an ATAR of 99.5.

This year’s cohort plan to study a diverse range of courses from medicine and engineering to fashion design and fine arts.